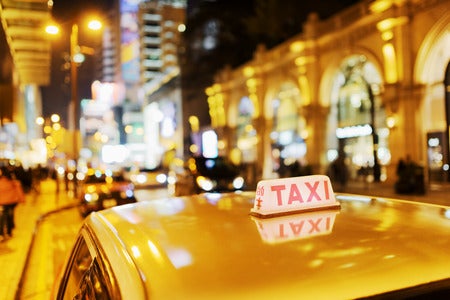 Who said skincare is only for ladies?

One taxi driver in China was found wearing a facial mask while on the job — a spectacle that, although may have elicited laughter from some, was not so much amusing when it came to the police officers.

Chen Yiqun started his night shift last Friday, Oct. 19, with a refreshing face mask. Chen drove around to get some gas with the facial mask on, unaware that a young woman saw him and snapped a picture of him. The picture, as per Qianjiang Evening News via South China Morning Post on Oct. 23, spread like wildfire on social media, making Chen an instant viral star.

Chen is known as an avid skincare junkie, sharing that he could spend 30,000 yuan — around the ballpark figure of $4,300 or P230,000 — in one skincare shopping spree. He also helps his wife choose the facial products she uses for herself.

The sight of him driving around with a facial mask surely entertained many netizens who came upon it, although it was reported that the local police was nothing short of unimpressed.

Local police tracked the 25-year-old Chen and gave him a “stern lecture” for driving around with a facial mask on. Chen’s driver’s license was also suspended for three days by his employer after the incident.

Thus far, no law prohibits the use of facial masks while driving, but local police said that the masks could fall off during a drive and shroud the driver’s vision — thus putting both the driver and passenger in danger. Cody Cepeda/JB

The $220 gold face mask all the VS Angels are using

Instant facial with turmeric and cranberry