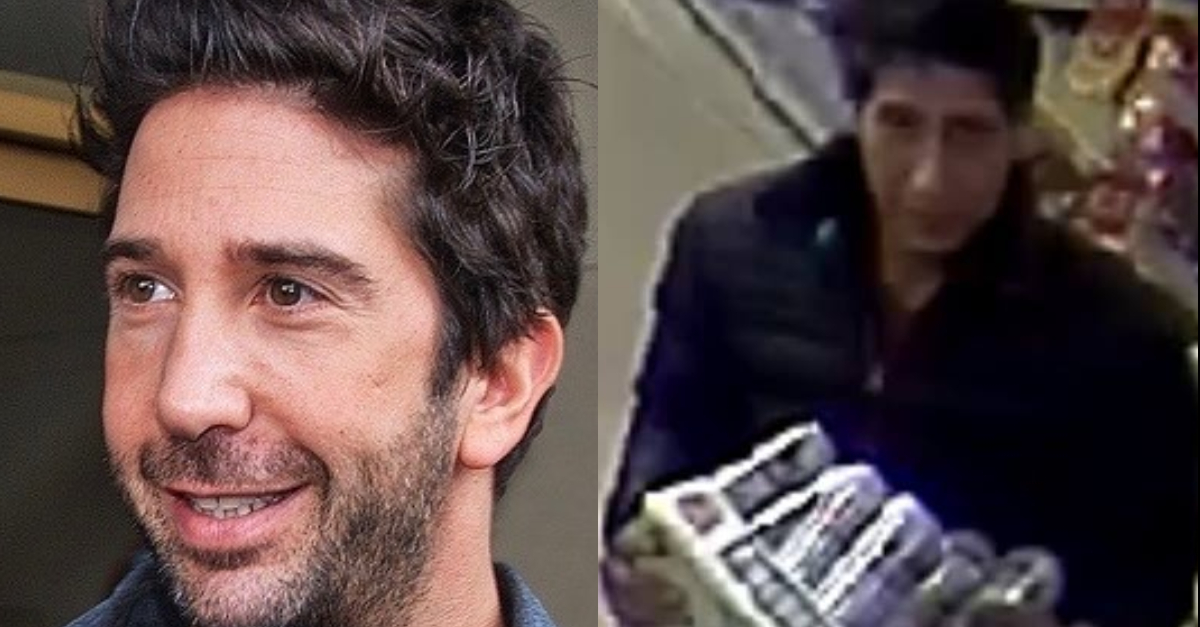 There seems to be a serious case of doppelgänger mystery in Blackpool, United Kingdom, after a thief turns out to be the lookalike of “Friends” star David Schwimmer.

Blackpool Police took to Facebook yesterday, Oct. 23 to ask locals about the identity of a man who had been part of a theft in a local restaurant on Sept. 20.

They also shared the photo of the suspect from a surveillance footage to help with his identification. The man, sporting a black jacket and blue pants, was holding what looked like a bunch of beer cans.

Blackpool Police’s post went viral, garnering over 26,000 likes-and-reactions, 88,000 comments and 60,400 shares, as of this writing — but not so much because of the crime committed. Rather, netizens were intrigued by the identity of the suspect, using the comments section to say he looks eerily like the actor, beloved for his role as Ross Geller in the television series.

One netizen, Evan Michael Causey, jested that s/he didn’t know Schwimmer was a thief.

Another commenter, Hayley Thorne, could not believe Ross fell on hard times.

Meanwhile, others told the police they last saw Ross at Central Perk, a coffee house situated in New York, United States in the series.

While Blackpool Police appreciate netizens’ enthusiasm, they stressed that Schwimmer has nothing to do with the crime committed.

“Thank you to everyone for your speedy responses,” the police department stated. “We have investigated this matter thoroughly and have confirmed that David Schwimmer was in America on this date. We’re so sorry it has to be this way.” JB