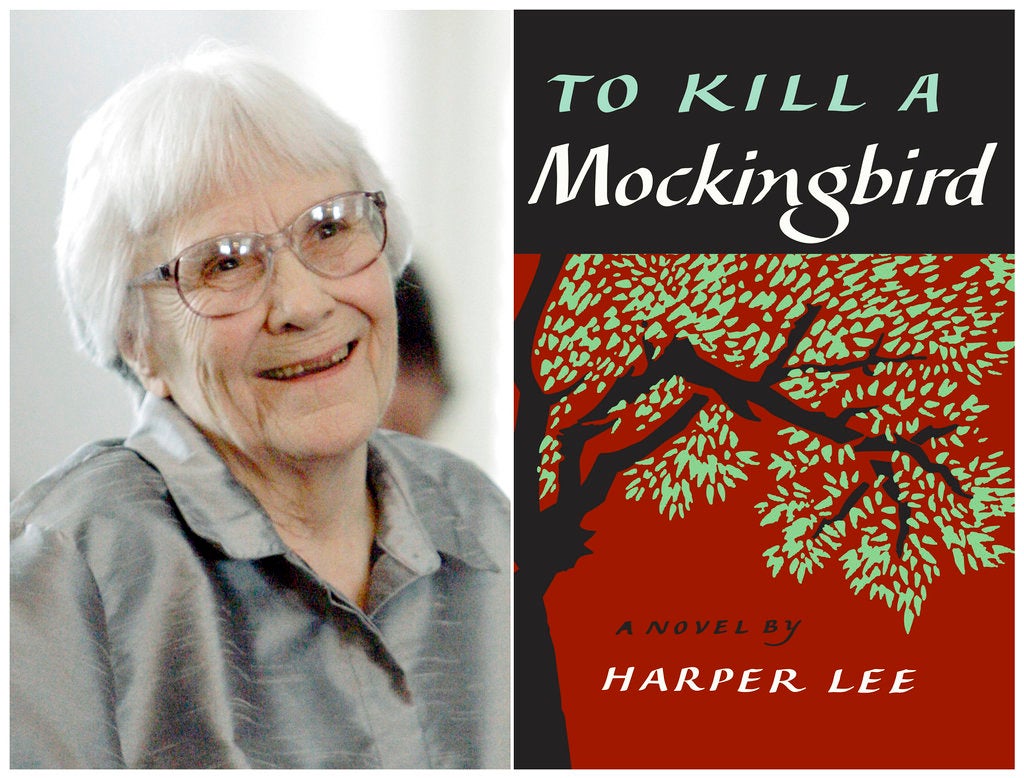 This combination photo shows author Harper Lee during a ceremony honoring the four new members of the Alabama Academy of Honor at the Capitol in Montgomery, Ala. on Aug. 20, 2007, left, and the cover of her Pulitzer Prize-winning novel, "To Kill a Mockingbird." The book was voted No. 1 in PBS' "Great American Read" survey to determine America's best-loved novel. (AP Photo, left, and Harper via AP)

LOS ANGELES (AP) — “To Kill a Mockingbird,” a coming-of-age story about racism and injustice, overpowered wizards and time travelers to be voted America’s best-loved novel by readers nationwide.

The 1960 book by Harper Lee emerged as No. 1 in PBS’ “The Great American Read” survey, whose results were announced Tuesday on the show’s finale. More than 4 million votes were cast in the six-month-long contest that put 100 titles to the test. Books that were published as a series counted as a single entry.

BUY: The Harper Lee Collection: To Kill a Mockingbird and Go Set a Watchman Box Set

The other top-five finishers in order of votes were Diana Gabaldon’s “Outlander” series about a time-spanning love; J.K. Rowling’s “Harry Potter” boy wizard tales; Jane Austen’s romance “Pride and Prejudice”; and J.R.R. Tolkien’s “The Lord of the Rings” fantasy saga.

Turns out the contest was a “Mockingbird” runaway.

“The novel started out at No. 1 on the first day of the vote, and it never wavered,” series host Meredith Vieira said.

Joining her to sing the book’s praises was writer Aaron Sorkin, whose adaptation of “Mockingbird” starts Broadway previews next month, and cast members. Sorkin (“The West Wing,” ”The Social Network”) said reading Lee’s novel was his first brush with “astonishing writing.”

“There is soul-crushing injustice in this book that still exists,” he said. “And at the center, morality, decency and what it is to be a person strikes us.”

LaTanya Richardson Jackson, who portrays Calpurnia in the play, marveled at Lee’s achievement.

“I was most impressed that a woman wrote that way” during that era, the actress said, and that Lee was so “deeply involved on the right side of right.”

Lee’s slender, Pulitzer Prize-winning novel proved enduring enough to overcome the popularity of hefty epics adapted as blockbuster movie franchises (the Potter and Tolkien works) or for TV (“Outlander”). Even “Pride and Prejudice,” the 200-year-old inspiration for numerous TV and movie versions and with an army of “Janeites” devoted to Austen and her work, couldn’t best Lee’s novel.

Debbie Ford of Orion, Illinois, an “Outlander” fan whose love of the books was showcased on an episode of “The Great American Read,” expressed disappointment they didn’t win. But she delighted in the attention they — and the joy of reading — received.

“I believe this PBS series has reminded some of us again that reading is important, and it has exposed us to books that we may not ordinarily pick up. And that’s such a good thing!” Ford said in an email Tuesday, adding a friendly plug: “So please go read a book that you have not read before — especially if you haven’t yet discovered ‘Outlander’!”

“To Kill a Mockingbird” has sold more than 40 million copies worldwide and remains a fixture on school reading lists. The 1962 screen adaptation won three Oscars, including a best-actor trophy for Gregory Peck’s portrayal of heroic Atticus Finch.

Set in the 1930s South, the book centers on attorney Finch and his young children, daughter Scout and son Jem. When Finch defends an African-American man falsely accused of assaulting a white woman, the trial and its repercussions open Scout’s eyes to the world around her, good and bad.

Lee’s second published novel, “Go Set a Watchman,” was written in the 1950s before “Mockingbird” but is essentially a sequel. After being put aside by the author, it was rediscovered and released in 2015. Lee died the next year at age 89.

Besides the TV series, “The Great American Read” initiative included a 50,000-member online book club and video content across PBS platforms, Facebook and YouTube that drew more than 5 million views.

The 100-book list voted on by readers was based on an initial survey of about 7,000 Americans, with an advisory panel of experts organizing the list. Books had to have been published in English but not written in the language, and one book or series per author was allowed. Bookworms could vote once daily for their favorite work. NVG