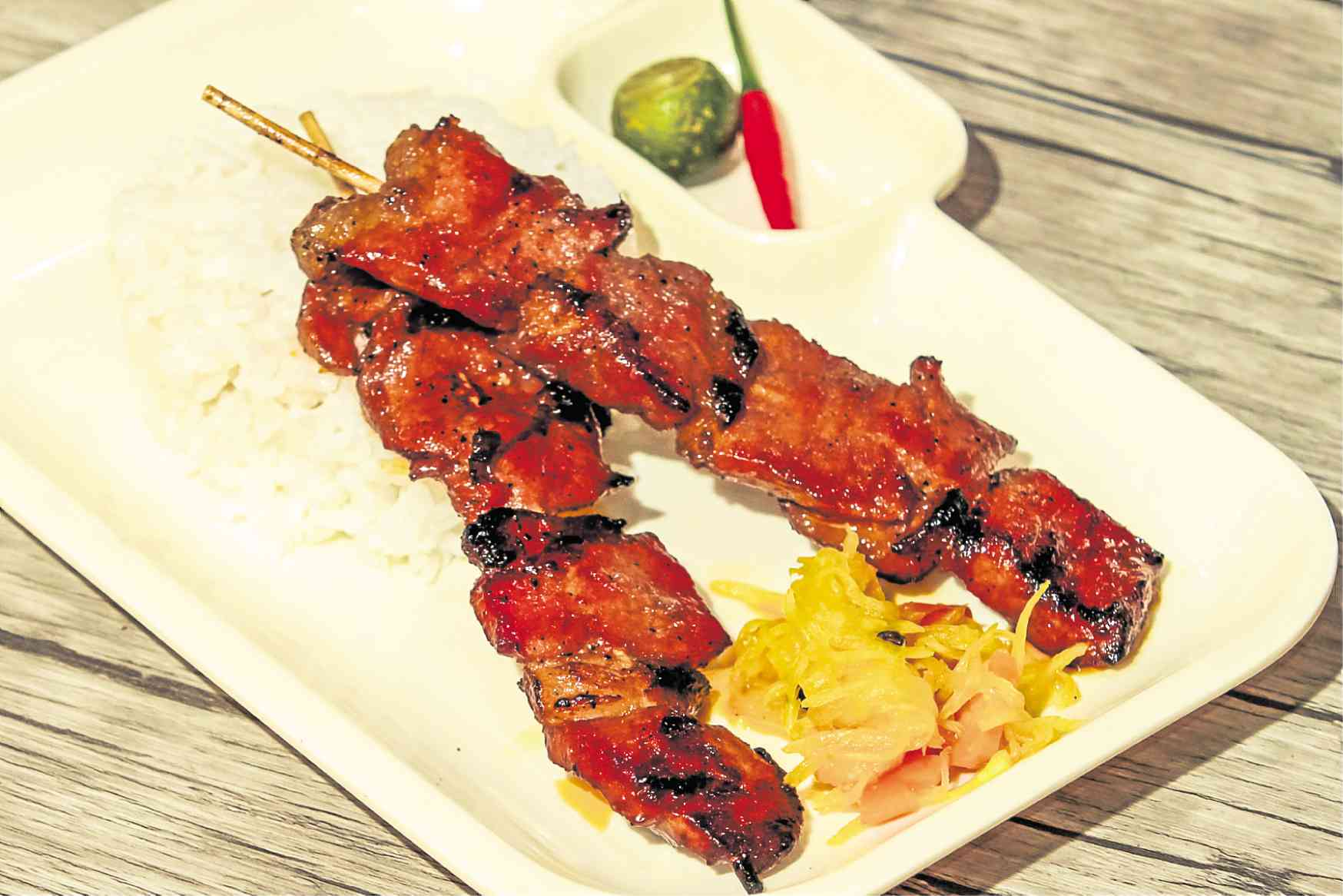 Villavicencio’s latest game-changer: All kinds of barbecue for less than P200

In his years as a pioneering restaurateur, Vicvic Villavicencio made eating with our hands fun at Kamayan. He put Japanese cuisine into the Filipino’s mainstream dining experience at Saisaki, and recently at Ogetsu Hime. He taught us the art of smokeless grilling at Sambo Kojin.

Today, he’s focused on another restaurant concept that is far simpler than his earlier undertakings, yet just as enticing: budget-friendly barbecue.

“This is actually the most exciting of them all,” says Villavicencio of Number 1 Barbecues, a casual dining eatery serving Filipino, American, Japanese, Korean and Mediterranean barbecue with rice and soup at incredibly affordable prices.

“We’ve been through everything and we wanted to give an alternative to people who want to spend less than P200.”

It’s an ambitious goal, given the rising costs of meats and rice these days, but one that he and his children manage to achieve.

Unlimited servings of rice and soup are offered until November.

Years in the making

Number 1 Barbecues was launched in August. It started with a 270-seat space on the ground level of SM East Ortigas last year, then a 200-seat branch on the third level of City Center, SM North Edsa.

Number 1 Barbecues took years to make, with smoking machines purchased as early as four years ago.

Sold on the idea of offering world barbecue, Villavicencio and his family reviewed the concept and worked to keep costs down while maintaining high standards of the dishes.

Apart from ensuring consistency in sizes and serving portions, Number 1 Barbecues doesn’t scrimp on quality ingredients. Its pork sisig (P119 with rice) uses lechon, and not just pig face, snout and ears, while imported hickory wood chips are used to enhance the flavor of its smoked US beef and pork belly.

Preparation is also key, says Pia Villavicenio Lago, who shares Number 1 Barbecues’ managing director duties with her sisters, Cara Villavicencio Espinosa and Victoria B. Villavicencio. This is the first time Victoria is working in the family business.

“We don’t rush the production of all our dishes. That’s how we get our meats to be tender, juicy or crispy. But these are things we learned through the years and after running our bigger restaurants.”

Presented with a number, diners are led to their table and served by attendants. Barbecues are best enjoyed when they’re newly cooked, says Villavicencio, and servers can have them at your table in five minutes. “We’re priced like a fast-food place but we run it like a full-service restaurant,” he says.

While barbecues are the best sellers, they’re not the only reason customers keep coming back. Number 1 Barbecues also serves pasta (from spaghetti and baked macaroni to pancit palabok and canton), Filipino vegetables, pork and beef sandwiches, and desserts.

There are even crossover dishes: fans of Saisaki can’t say no to the Shrimp Tempura with rice, available in three pieces (P114) and five pieces (P164). And the Buttered Shrimp with rice (the most expensive item on the menu at P189) is a favorite from the original Kamayan restaurant days.

The idea isn’t just to provide budget-conscious diners with as many options as possible, but also to satisfy them at any time of the day with lighter fare like noodles or sandwiches. “Though we noticed that Filipinos like to eat rice for merienda,” says Pia with a laugh.

As the menu continues to evolve (new Korean dishes have been added as well as more seafood and veggie choices), Number 1 Barbecues is already gearing for expansion.

It’s opening a branch at SM Marikina by the end of the year and SM Southmall by 2019.

Looks like the family that makes eating enjoyable in many ways has come up with yet another winning restaurant idea.

“We see the same customers every week,” says Pia. “Today, they’ll eat Korean barbecue, tomorrow they’ll have chicken barbecue, the day after they’ll eat tempura. And you can hear them planning among themselves what they want to try the next time they stop by. It’s really nice to hear.”

As for her dad, who has seen and done it all in the restaurant industry, this latest venture is a learning experience and a chance to uphold his family’s reputation for consistently treating the public to premium meals and viable food concepts.

“We’d like to perfect it,” says Villavicencio of Number 1 Barbecues, “and I think we’re getting there.”  —CONTRIBUTED