'Aladdin' play cancelled in US school for stereotyping against Arabs | Lifestyle.INQ ❮ ❯ 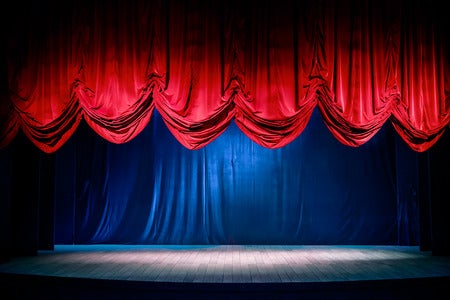 ‘Aladdin’ play cancelled in US school for stereotyping against Arabs

One elementary school in Baltimore County, Maryland, United States was pushed to cancel its production of “Aladdin, Junior” after complaints from parents surfaced. “Aladdin, Junior” was adapted from the 1992 Disney animated feature film  “Aladdin” and was supposed to be showcased by the young students until it was scrapped.

Danette Zaghari-Mask, a mother and lawyer with the Council on American-Islamic Relations, came forward and shared that her son went home one day feeling humiliated after rehearsals with the Westowne Elementary Drama Club. As reported by WFLA on Oct. 23, Arabs were apparently depicted as barbarians during rehearsals.

“In the play, Arabs are described as barbaric, this are the exact words that are used,” Zaghari-Mask was quoted as saying. “The actual play was very controversial apparently in the early 90s.”

The school eventually decided to cancel the play following criticism. An official letter was sent to the parents of drama club students which addressed their concerns.

“Recently, it has been brought to our attention that Disney’s Aladdin, Jr. has historically been criticized for its inaccurate, negative stereotyping of Arabic culture,” the letter read. “After careful consideration and with input from the perspectives of many stakeholders — teachers, parents, and community members — we decided that this production of Aladdin, Jr. is not the best fit for our Westowne Community.”

“I think they did a really great job of explaining why they came to the decision that they came to, one of the parents explained that her child was extremely hurt by the depictions of his own culture and felt that a change needed to be made,” Emily Shaw, a drama club parent, said in the report. “It was definitely the best outcome.”

Zaghari-Mask, too, is pleased by the decision, as she said, “It was worth expressing his experience to the school and I’m so, we’re so relieved that the school is considerate of diversity.”

The school has since decided that “The Young Fables” be performed by its students instead. Cody Cepeda/JB

WATCH: Woman in US defends Hispanics from racist harassing them in a store