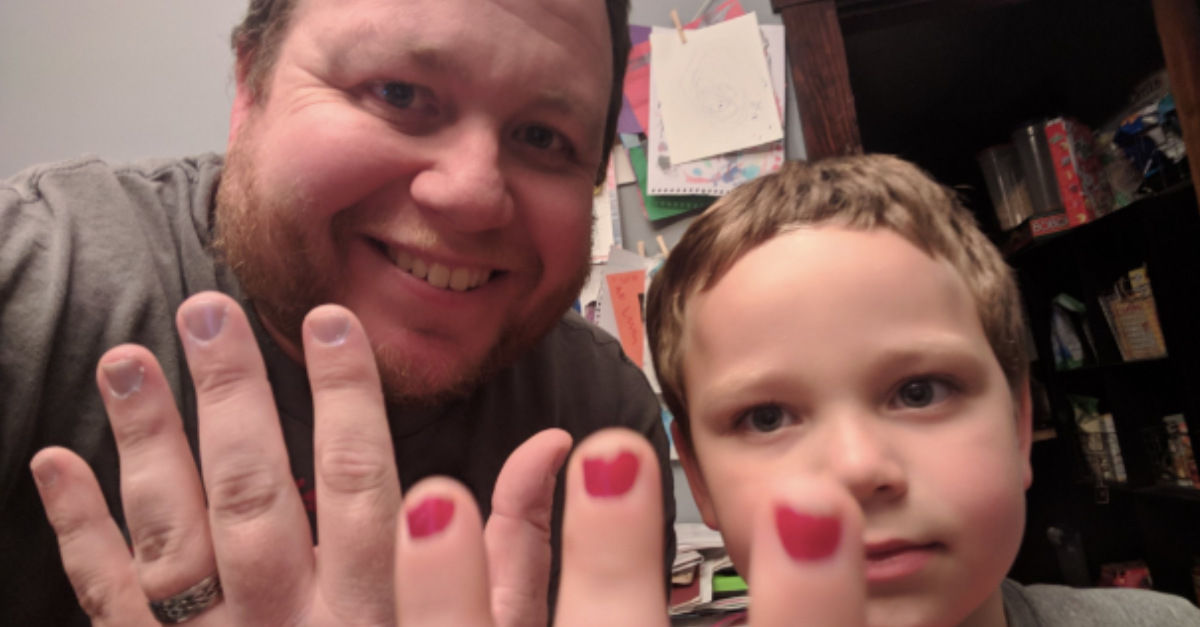 One father from the United States painted his own nails after calling out the parents of the students who bullied his son for wearing red nail polish.

Aaron Gouveia, who owns and operates a parenting website called “The Daddy Files” and is a director at a PR firm, took to Twitter on Monday, Oct. 22 to express his anger upon learning that his five-year-old son Sam was subjected to bullying due to “toxic masculinity.” He said his son was a “terror” and is the epitome of what people would describe as a “boy’s boy” — Sam is rough, loud and always dirty, and he loves trucks and plays sports.

“But he also loves a lot of ‘girl’ things,” he wrote. “Sam has a collection of purses because he likes to carry things around. And he also loves to have his nails painted bright colors because he thinks they ‘look beautiful.’ And he’s right — they are beautiful…”

However, his classmates, even his friends, ridiculed him for “being a boy with nail polish.” For the entire school day, they called him names and told him to take the polish off. When his mother picked him up, the boy cried his heart out. Sam called Gouveia at work to tell him what happened.

“Daddy, I want mommy to take off the nail polish so they don’t make fun of me,” Sam said, breaking his father’s heart.

“I know these kids are only in kindergarten but this toxic masculinity bullsh** is LEARNED. Learned most of the time from parents. So parents, I hope you’re proud. I hope this is what you wanted. I hope you’re satisfied,” Gouveia stated. “I hope you sleep well tonight knowing order has been at least partially restored and gender norms solidified for one more little boy whose terrible infraction was having the audacity to like brightly painted fingernails.”

He told Sam a lot of men, like Thor (Chris Hemsworth), Jack Sparrow (Johnny Depp) and Sam’s favorite football player Rob Gronkowski, wear nail polish. “But more importantly I told him it doesn’t matter what anyone else does because what you wear and how you look should make YOU look good. And to hell with everyone else,” Gouveia stated

In the end, Sam decided to keep his nail polish. Gouveia nearly cried when Sam’s older brother painted his nails in solidarity with his brother. Moved by his sons, he also painted his own nails.

“Intolerant parents and their offspring scored a minor victory today but they won’t win the war,” he noted. “I know that because the Sams of the world aren’t going to suffer this bullsh** anymore. Of that I have no doubt.” JB