Smoking, painkillers during pregnancy both linked to earlier puberty in children | Inquirer Lifestyle 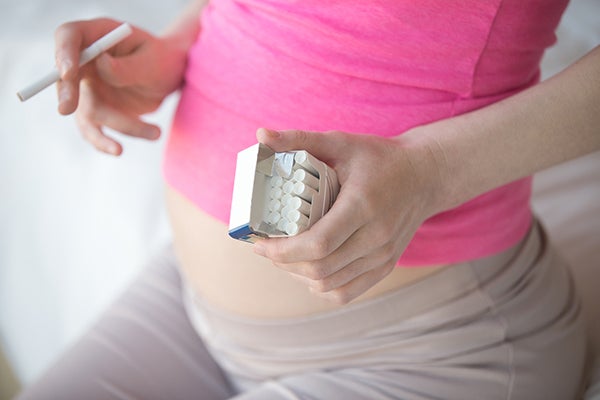 Smoking, painkillers during pregnancy both linked to earlier puberty in children

New research from Aarhus University in the Netherlands has linked both smoking and use of painkillers in pregnancy to an earlier puberty in children.

In the first of two studies, both published in the American Journal of Epidemiology, the researchers looked at a total of 15,819 pregnant women and their children in what is considered as one of the largest puberty studies worldwide.

During pregnancy, the women were asked about their smoking habits. The children were then followed from the age of 11, completing a total of 83,810 questionnaires about their pubertal development every six months.

The researchers found that that children of mothers who had smoked more than ten cigarettes a day during pregnancy entered puberty on average three to six months earlier than the children of non-smokers.

BUY: ‘Smoking and Pregnancy: The Politics of Fetal Protection’ Book

The second study, which involved some of the same researchers, asked around 100,000 women to provide detailed information on their use of paracetamol at three points during their pregnancy and again six months after birth.

A total of 15,822 children born to these mothers were once again followed from the age of 11 and throughout puberty, completing questionnaires every six months about several different aspects of their development.

The results showed that the more weeks a woman takes pain-relieving medication during pregnancy, the earlier their daughters enter puberty, with girls starting puberty between one-and-a-half and three months earlier on average if the mother took painkillers for more than 12 weeks during pregnancy.

However, in this study, no association was found with earlier puberty in boys.

The researchers commented that early puberty is worrisome, with researcher Andreas Ernst explaining that, “As earlier pubertal development has previously been tied to an increased risk of more frequent and serious diseases in adulthood such as obesity, diabetes, cardiovascular diseases and testicular and breast cancer, it’s important to identify possible causes of early puberty so we can prevent this development.” KM

No link found between exposure to air pollution in pregnancy and ADHD, says study