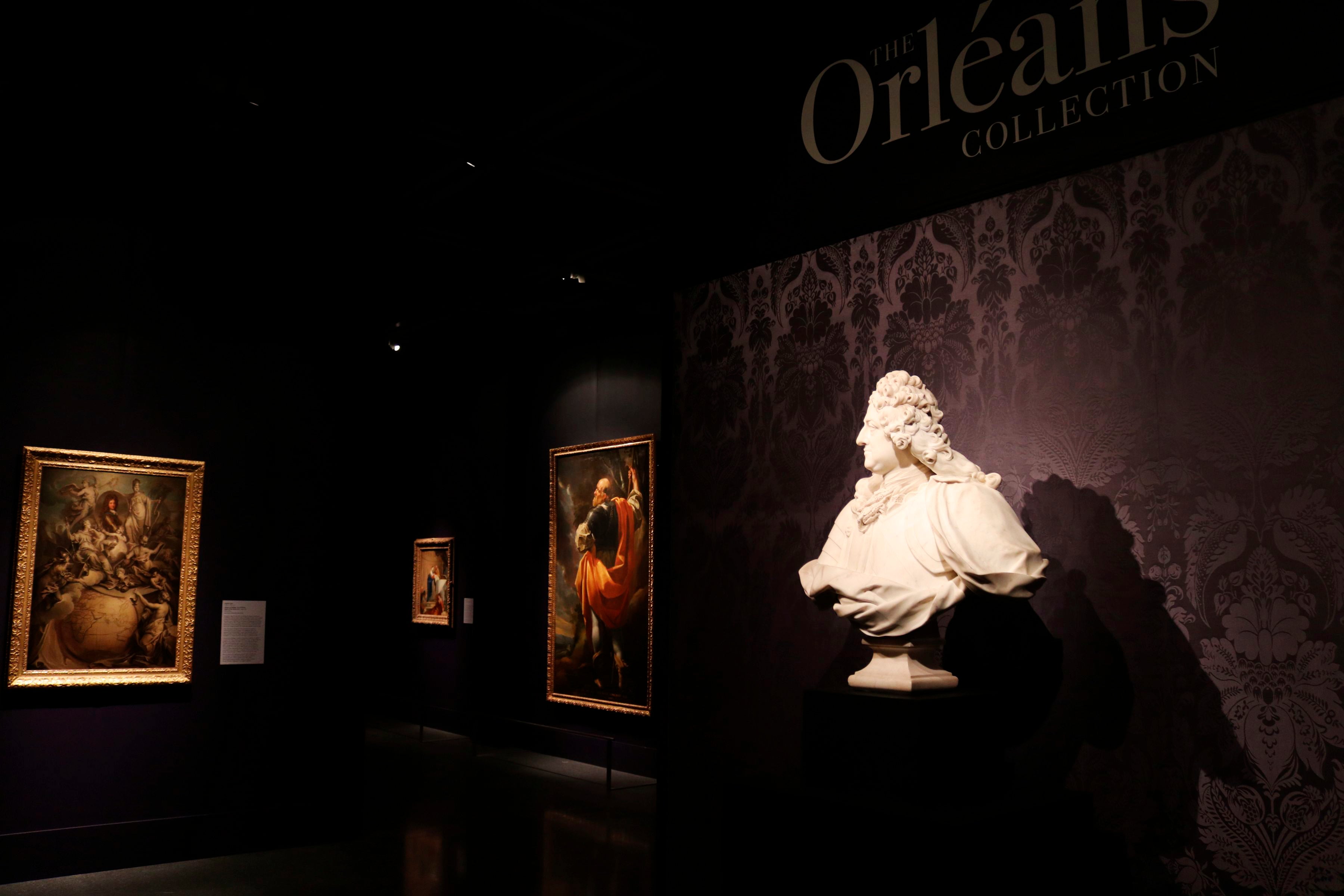 In this Oct. 24, 2018 photo, a bust of the man New Orleans is named for, Philippe II, duke of Orleans, and several of the paintings in a new exhibit of work collected by the duke are displayed at the New Orleans Museum of Art in New Orleans. About 30 items from the duke's collection are together for the first time in centuries thanks to loans from dozens of museums across the United States and Europe. The exhibit, part of New Orleans' tricentennial celebrations, will be open to the public from Oct. 26 through Jan. 27, 2019. Image: AP/New Orleans

NEW ORLEANS (AP) — The New Orleans Museum of Art is winding up the city’s tricentennial with an exhibition of dozens of paintings collected by the man the city is named for: Philippe II, Duke of Orleans. He was King Louis XIV’s nephew and regent of France for eight years, ruling for the boy king Louis XV.

The duke owned 772 paintings when he died in 1723 — a collection rivaling that of his uncle Louis XIV in an era when art collections were symbols of power. It was both extensive and varied, with art from many countries and schools, including “artists not collected as much before him,” said Vanessa Schmid, the New Orleans museum’s senior research curator for European art.

Now 30 of those paintings are together for the first time in centuries, loaned by museums across the United States and Europe. After a patrons’ preview Thursday evening, the exhibit will be open to the public Friday through Jan. 27.

“It’s really a special experience to have these works from all over … because of their connections to one collector after whom the city is named,” said Mimi Hellman, art history department chair at Skidmore College in Saratoga Springs, New York.

Hellman, who wasn’t involved with the exhibit, said she thinks the show and its 288-page catalog will attract considerable interest in the art world.

A number of paintings from the Orleans Collection were sold in the decade after the duke’s death. But his grandson, called “Philippe Egalite” (Philippe Equality) sold most of them in the early 1790s to help finance the French Revolution and pay some of his own debts. London art dealers re-sold the paintings, first putting them on public exhibition.

Most art collectors of the time were royal or noble, their holdings seen only by the elite admitted into their castles and estates. The Orleans Collection displays were the first blockbuster art exhibits, drawing crowds for months and exposing a wider public to great art, Schmid said.

“For the first time in the history of Western culture, people were coming to look at paintings that would have been hidden away in royal palaces,” Schmid said.

Six of The National Gallery of London’s first 38 paintings were originally from the duke’s collection, she noted. A painting bought in 1999 by that museum, illustrating a story about Alexander the Great, is among those lent for the New Orleans exhibit.

The climax of the New Orleans exhibit, Schmid said, is a Rembrandt painting called The Mill, lent by the National Gallery of Art in Washington.

“The Rembrandt’s one of America’s greatest treasures,” she said.

Schmid said the exhibit is divided into four general areas.

The first is about the duke’s Paris residence, the Palais Royal, “setting the scene for the court coming back from Versailles … and the palace as setting for the collection.” That includes court painter Antoine Coypel’s oil “sketch” for the great gallery’s ceiling. It seems to open into the heavens, with mythological figures around the painted opening and winged figures flying up toward clouds.

“The ceiling itself was destroyed,” Schmid said. “That painting has never left France before.”

The next section has several areas focusing on different aspects of the duke as a collector.

“He’s acquiring some of these really, really, really prestige collections. … In this world of the 18th century, art is about power. It’s not only showing your wealth and your taste and building a legacy, but also in a very public way competing with other rulers of the past and present,” said Hellman.

The next section discusses Philippe II’s collection in light of his age’s theories about art. “That’s a section I’m quite proud of — one of many aspects showing a more in-depth approach to the duke and the creative ways he thought about his collection,” Schmid said.

The show ends with a review of the sales and dispersal of the Orleans Collection, showing its effect on 19th century British art and on public museums. That’s where the Rembrandt is shown. CC

Food, Art, and all that Jazz!