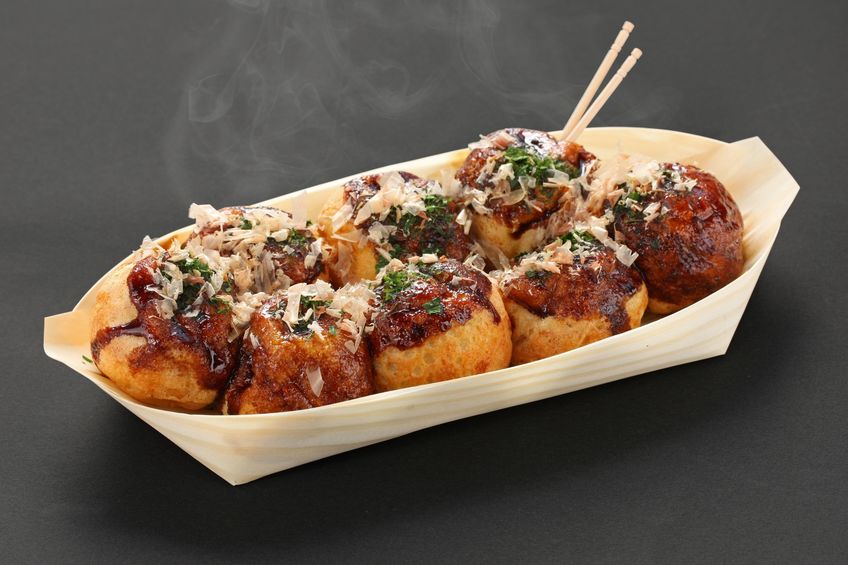 Takoyaki is a ball-shaped snack made of wheat flour-based batter traditionally with a piece of octopus meat inside. Image: INQUIRER.net stock photo

A Japanese businessman regularly takes time off once every week from making money to give away takoyaki to young students after school.

Fifty-two-year-old Akio Mizuno, of Ritto town in Japan’s Central Shiga Prefecture, has not failed in setting up his mobile takoyaki shop every Thursday to meet loyal customers from schools in the neighboring city of Kusatsu, reports MBS via SoraNews24.

Known to elementary and high school kids as “Uncle Fist,” Mizuno serves plates of takoyaki (octopus dumplings) to children with financial difficulties. He only charges 50 yen per plate (around P24) for junior high students, while elementary kids get an even bigger discount at just 10 yen per plate (about P5). Sometimes kids can even get freebies, thanks to his special method of accepting payments.

At one part of Mizuno’s compact van turned mobile kitchen is a slot box called the “fist box.” Instead of taking money directly from kids, he asks them to place their closed fists inside the box and drop in their payment. The kids apparently like the mystery that surrounds the fist box, but Mizuno has a deeper reason for setting it up, the report states.

Inside the fist box, Mizuno placed a towel at the bottom so coins don’t make noise when they fall inside. Mizuno also has an unspoken understanding with the children that even if they don’t have money, they could still go up the box and pretend to drop something in before getting their plate of takoyaki.

Making it so that coins don’t jingle when dropped also helps to save kids from embarrassment among peers for getting freebies from Uncle Fist’s shop.

Mizuno, now a successful businessman and owner of several stores, created the system as a way to help out impoverished children. He himself was from a less-fortunate household with just his mother around to make ends meet. From his experience, he understood that some kids wouldn’t even have 10 yen to pay for the already specially priced snacks, according to the report.

Mizuno sources out all the ingredients for the takoyaki from his own pockets. However, he manages to get the green onions used to season the snacks for free from a local merchant.

At first kids were understandably cautious of the bald, burly man selling dirt-cheap takoyaki from a converted van. Eventually word spread that he made tasty takoyaki and didn’t ask for anything more than what was advertised. From then on, Uncle Fist became the go-to guy for kids with grumbling tummies and empty pockets.  Alfred Bayle /ra