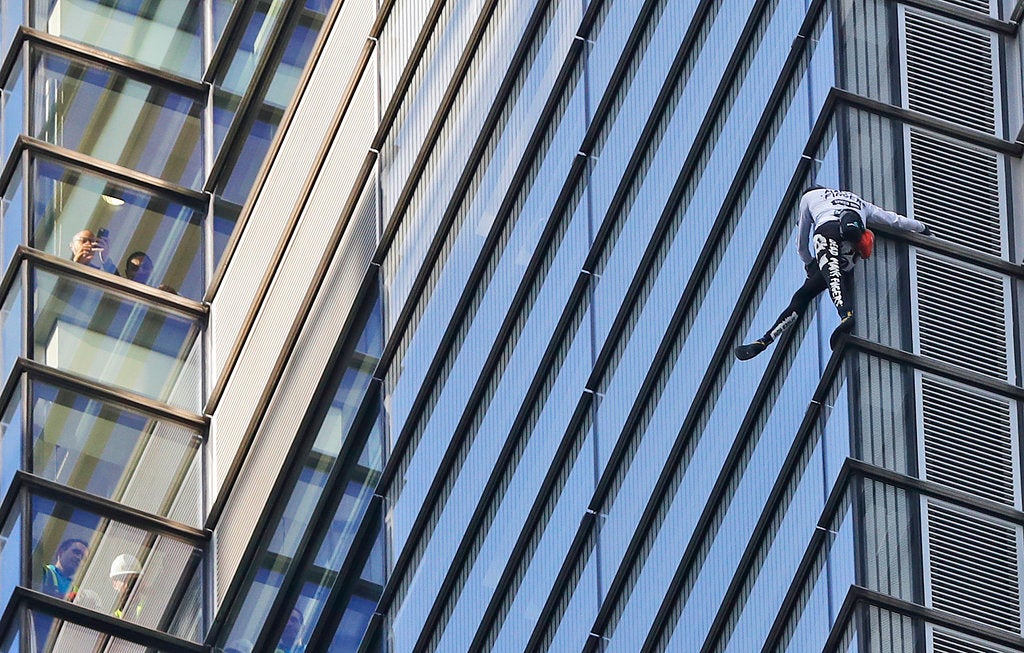 People watch from inside the building as urban climber dubbed the French Spiderman, Alain Robert scales the outside of Heron Tower building in the City of London, Thursday, Oct. 25, 2018. Heron Tower is over 200 metres high. Image: AP Photo/Frank Augstein

LONDON — French urban climber Alain Robert has been banned from climbing any building in Britain after scaling one of London’s tallest skyscrapers without ropes — and without permission.

Robert climbed the 662-foot (202-meter) Heron Tower on Thursday as police cordoned off the building, closed roads and ushered spectators away.

He was arrested after the climb and appeared in a London court on Friday. Robert pleaded guilty to causing a public nuisance and received a 20-week suspended sentence and a 5,500 pound ($7,000 or P374,640) fine. He was also barred from climbing all buildings in Britain “until further notice.”

The 56-year-old daredevil, known as “the French Spiderman,” has climbed many of the world’s tallest structures.
Before Thursday’s climb, he told reporters “I fully feel alive when my life is at stake.” MKH

WATCH: ‘Real-life Spider-Man’ climbs to the fifth floor of a building to save a kid