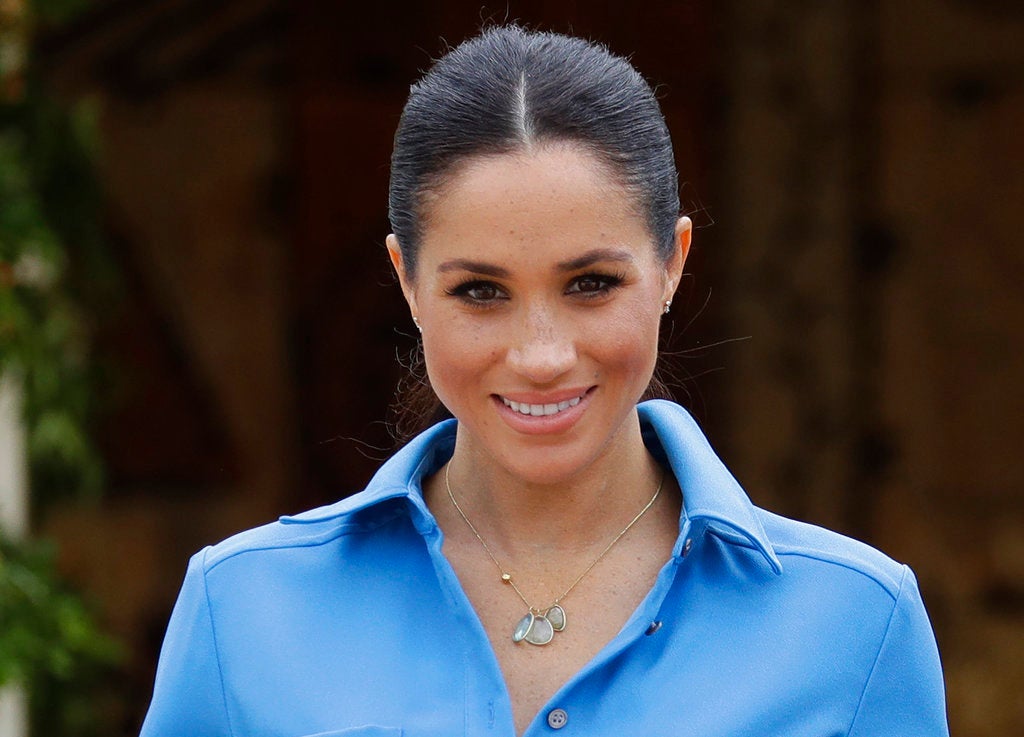 Britain's Meghan, Duchess of Sussex smiles during a visit to Tupou College in Tonga, Friday, Oct. 26, 2018. Prince Harry and his wife Meghan are on day eleven of their 16-day tour of Australia and the South Pacific.(AP Photo/Kirsty Wigglesworth, pool)

Amidst the Markle family debacle, it looks like Meghan has an ally in her nephew Tyler Dooley.

Dooley, 26, is the son of Meghan’s half-brother Thomas Markle Jr. He goes by his mother Tracy’s last name because he feels his family is “toxic,” he told news.com.au in an interview published on Friday, Oct. 26.

Like his family, Dooley has an affinity for the limelight and will be part of the MTV reality show “The Royal World” which brings together individuals who have some connections to royal families around the globe.

He disagrees with how his family members, particularly his own father Thomas Jr. and aunt Samantha, have been airing their grievances against the Duchess of Sussex. He said that the only people they are fighting against are themselves and that Meghan “has no time for that and she’s so much better than that.”

Meghan has reportedly been estranged from her half-siblings but is close to her mother, Doria Ragland. Thomas Jr. and Samantha are Meghan’s half-siblings from dad Thomas Markle Sr. Both have launched attacks against Meghan either on social media or through the press.

Even if Samantha has said on TV that she was sorry for what she said to Meghan, just last Oct. 25 she was claiming her sister was a liar. In a now-deleted Twitter post, she called the Duchess of Sussex “delusionally (sic) absurd” for saying that she went to university on a scholarship.

Last August, Thomas Jr. wondered why their family had not been embraced into the royal clan, The Daily Mail reported last August. He said “being a celebrity has changed [Meghan]” and that she probably “feels she is above everybody.”

“It’s really hard to see members of the family lashing out for no reason,” Dooley said to news.com.au. “I’m not sure what the driving force is — if it’s money, if it’s jealousy… They’ll never get to take back what they’re saying.”

“The fact is, my father and my aunt are not nice people. They’re not kind and they’re toxic, and that’s just a fact,” he said. “I’d really hope they would stop talking about Meghan and just move on with their lives.”

Unlike his other family members, he isn’t clamoring for a relationship with her, as much as he would like to reconnect. He said, “I don’t expect anything of her at all; she doesn’t owe anybody anything.”

Dooley is all praises for his aunt even if they are no longer close. “She was the fun one,” he told Inside Edition in a March report. “She was so cool; I wanted to be just like her.”

Dooley, his mother Tracy and older brother Thomas were supportive of Meghan getting married into the British royal family, according to a January feature in “Good Morning Britain.” They had no qualms about not being invited to her wedding with Prince Harry.

Tracy and Tyler’s admiration for Meghan goes as far as naming a strain of cannabis the “Markle Sparkle” after her, reported The Daily Mail last May. Their business in Oregon, where growing cannabis is legal, is called Royally Grown.

He also said he’s been excited for his aunt since she began a TV career with “Deal or No Deal” and went on to the series “Suits”.

“For her to progress into royalty… I always knew she was destined to change the world,” he said. Niña V. Guno/JB