The Louvre is the most popular European museum on Instagram | Lifestyle.INQ ❮ ❯ 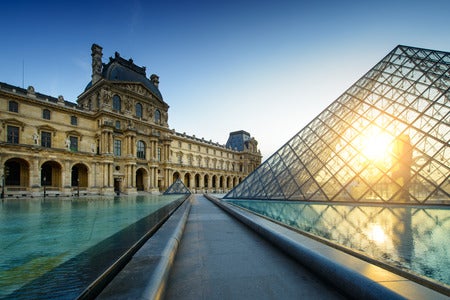 The Louvre is the most popular European museum on Instagram

According to a study conducted by Holidu, a vacation rental search engine, the Parisian museum tops a list of the most popular museums in Europe on Instagram, ahead of the Tate Modern in London and the Hermitage in Saint Petersburg.

With its vast collection of art and antiquities, the Louvre attracts nine million visitors per year. It is also mentioned in more than three million posts on Instagram, a huge figure that has made the Parisian palace the social network’s most popular museum in Europe.

BUY: ‘The Louvre: All the Paintings’ by Vincent Pomarède and Erich Lessing

Placed second in the popularity rankings, the Tate Modern has 787,298 hashtag posts. The museum, housed in a former power station, welcomes five million visitors each year. In 2016, the London institution opened a brand new building.

Third on the popularity podium, hashtags for Saint Petersburg’s Hermitage museum feature in 532,523 posts. The former residence of the Russian tsars is the world’s largest museum in terms of the number of objects on show, with more than 60,000 pieces exhibited in close to 1,000 rooms.

With three other museums in the top 10 (the Louis Vuitton Foundation, the Musée d’Orsay and the Centre national d’art et de culture Georges-Pompidou), France is the most featured country in the rankings.

How has the web shaped art? Boston museum asks