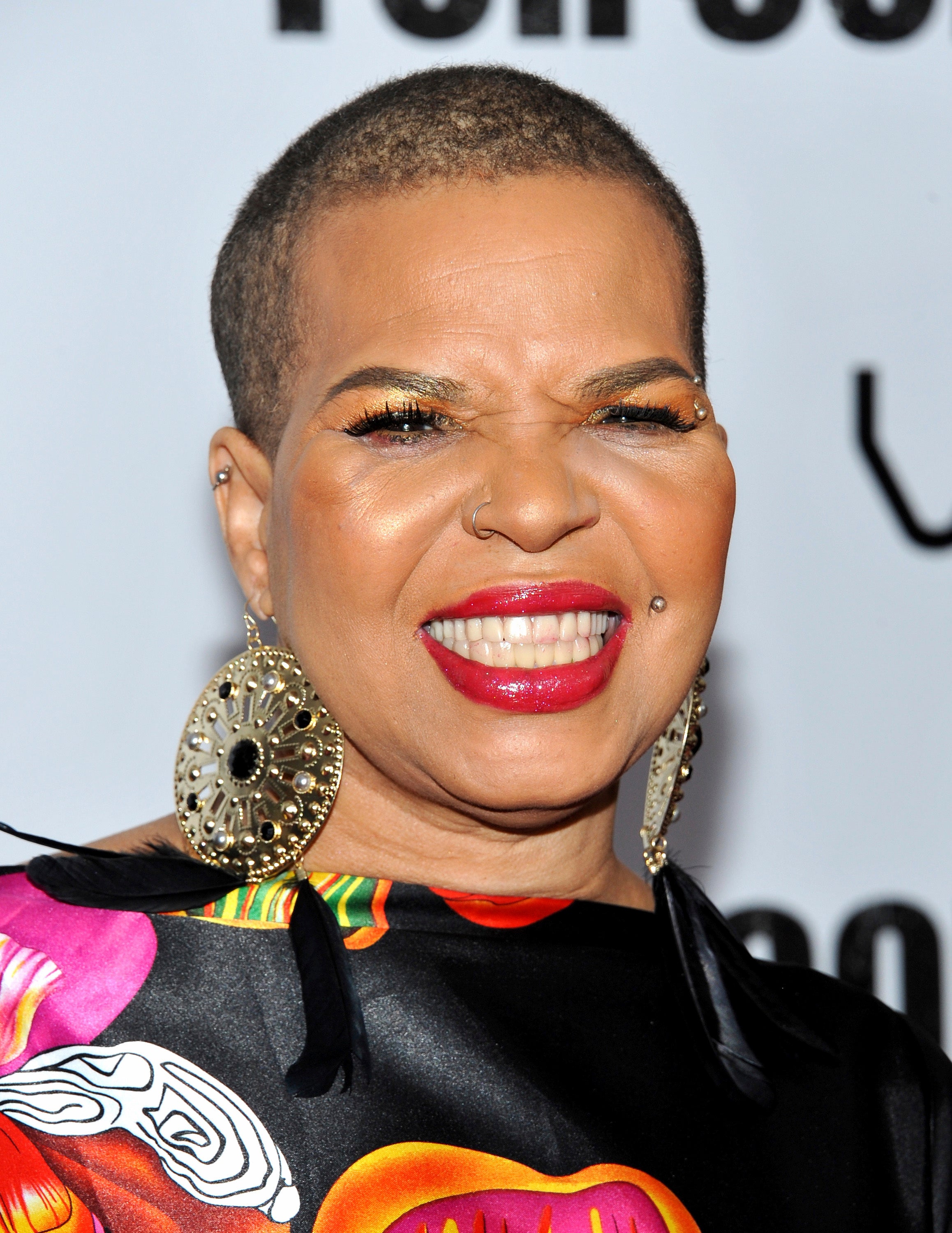 In this Oct. 25, 2010 file photo, author Ntozake Shange attends a special screening of "For Colored Girls" at the Ziegfeld Theatre in New York. Playwright, poet and author Shange, whose most acclaimed theater piece is the 1975 Tony Award-nominated play "For Colored Girls Who Have Considered Suicide/When the Rainbow is Enuf", has died Saturday, Oct. 27, 2018, according to her daughter, Savannah Sange. She was 70. Image: AP/Evan Agostini

Author Ntozake Shange of ‘For Colored Girls’ fame has died

NEW YORK (AP) — Playwright, poet and author Ntozake Shange, whose most acclaimed theater piece is the 1975 Tony Award-nominated play “For Colored Girls Who Have Considered Suicide/When the Rainbow is Enuf”, died Saturday, according to her daughter. She was 70.

Shange’s “For Colored Girls” describes the racism, sexism, violence and rape experienced by seven black women. It has been influential to generations of progressive thinkers, from #MeToo architect Tarana Burke to Pulitzer Prize-winning playwright Lynn Nottage. After learning of Shange’s death, Nottage called her “our warrior poet/dramatist.”

Savannah Shange, a professor of anthropology at the University of California at Santa Cruz, said Saturday that her mother died in her sleep at an assisted living facility in Bowie, Maryland. She had suffered a series of strokes in 2004.

“She spoke for, and in fact embodied, the ongoing struggle of black women and girls to live with dignity and respect in the context of systemic racism, sexism and oppression,” Savannah Shange said.

“For Colored Girls” is an interwoven series of poetic monologues set to music — Shange coined the form a “choreopoem” for it — by African-American women, each identified only by a color that she wears.

Shange used idiosyncratic punctuation and nonstandard spellings in her work, challenging conventions. One of her characters shouts, “i will raise my voice / & scream & holler / & break things & race the engine / & tell all yr secrets bout yrself to yr face.”

It played some 750 performances on Broadway — only the second play by an African-American woman after “A Raisin in the Sun” — and was turned into a feature film by Tyler Perry starring Thandie Newton, Anika Noni Rose, Kerry Washington and Janet Jackson.

Born Paulette Williams in Trenton, New Jersey, she went on to graduate from Barnard College and got a master’s degree from the University of Southern California. Her father, Dr. Paul T. Williams, was a surgeon. Her mother, Eloise Owens Williams, was a professor of social work. She later assumed a new Zulu name: Ntozake means “She who comes with her own things” and Shange means “She who walks like a lion.”

BUY: ‘For Colored Girls Who Have Considered Suicide When the Rainbow Is Enuf’ by Ntozake Shange

“For Colored Girls” opened at the Public Theater in downtown Manhattan, with Shange, then 27, performing as one of the women. The New York Times reviewer called it “extraordinary and wonderful” and “a very humbling but inspiring thing for a white man to experience.” It earned Shange an Obie Award and she won a second such award in 1981 for her adaptation of Bertolt Brecht’s “Mother Courage and Her Children” at the Public Theater.

Her list of published works includes 19 poetry collections, six novels, five children’s books and three collections of essays. Some of her novels are “Sassafrass, Cypress, and Indigo” (1982) and “Some Sing, Some Cry”, with her sister, Ifa Bayeza. Her poetry collections include “I Live in Music” (1994) and “The Sweet Breath of Life: A Poetic Narrative of the African-American Family” (2004). She appeared in an episode of “Transparent” and helped narrate the 2002 documentary “Standing in the Shadows of Motown”.

In addition to her daughter and sister, Shange is survived by sister Bisa Williams, brother Paul T. Williams, Jr. and a granddaughter, Harriet Shange-Watkins. CC