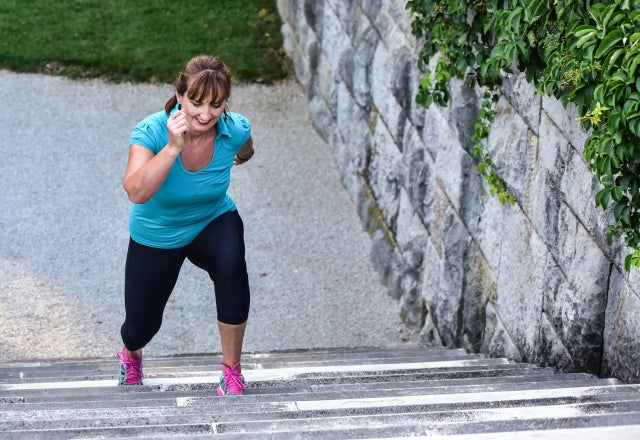 Following a healthy lifestyle can help reduce the risk of stroke, even in those with a high genetic risk according to new research. Image: IStock/HABY via AFP Relaxnews

New European research has highlighted how a healthy lifestyle can reduce the risk of stroke, even in those with a high genetic risk of the condition.

Carried out by British, Swedish and German researchers, the new study looked at 306,473 men and women taken from the UK Biobank, a large, long-term study which looks at conditions such as cardiovascular disease in UK residents and includes genomic data on about a half-million people.

The researchers developed a genetic risk score, based on 90 gene variants known to be associated with stroke, using the participants’ data, and measured their adherence to a healthy lifestyle based on four factors: non-smoker, diet rich in fruit, vegetables and fish, not overweight or obese (body mass index less than 30), and regular physical exercise.

Participants were aged between 40 and 73 years, had no history of stroke or heart attack, and were followed for an average of seven years.

The findings, published in The BMJ on Wednesday, showed that across all categories of genetic risk and lifestyle, the risk of stroke was higher in men than women.

In addition, the risk of stroke was 35 percent higher among those at high genetic risk compared with those at low genetic risk.

Moreover, stopping smoking and not being overweight were particularly important for helping reduce stroke risk.

The researchers noted that as an observational study, no firm conclusions can be made about cause and effect.

However, thanks to the large sample size the researchers were able to study the effect of genetic risk and lifestyle in detail, leading them to conclude that the findings “highlight the potential of lifestyle interventions to reduce risk of stroke across entire populations, even in those at high genetic risk of stroke.” CC

Switching off from work at end of day can improve sleep, lower stress levels