12-year-old girl, pet dog to be buried together after being hit by vehicle | Lifestyle.INQ ❮ ❯ 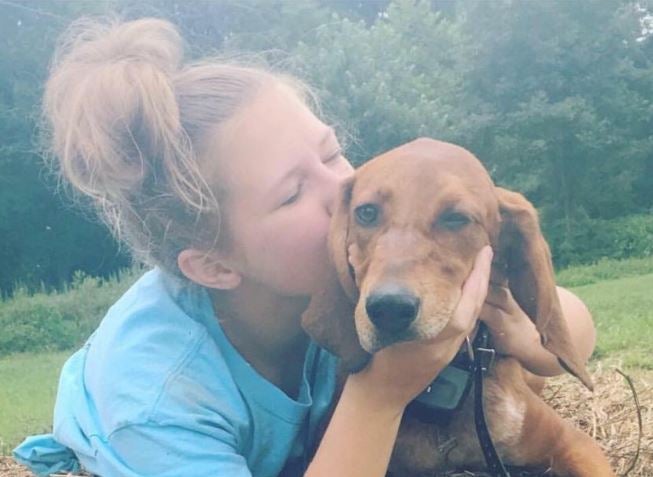 Twelve-year-old Jennarae Goodbar of Rockbridge County, Virginia will be buried with her pet dog Cash, after the two perished upon being hit by a vehicle.

It was on Oct. 27, Saturday when Goodbar took Cash outside their home so she could train him. Cash, however, suddenly took off, running all the way to Route 60 in Rockbridge County. As reported by WTVR-TV on Oct. 29, Goodbar chased Cash and were both struck as they entered the roadway, after a driver failed to stop in time.

“Goodbar was chasing the family dog when she entered the roadway and was struck by the vehicle,” Virginia state police senior trooper R.E. Tackett said in the report. Authorities are continuing to investigate the crash that killed Goodbar and her dog.

The report also stated that the girl even bought the dog with her own money, literally making the beloved dog “her baby.”

Meanwhile, a GoFundMe page had been set up in Goodbar’s name to help her family with the funeral costs. The page, titled “Sweet Memories of Jennarae,” was put up on Oct. 27 and showed a picture of Goodbar giving Cash a kiss as they lied stomach-down on the grass.

The goal of raising $15,000 has been surpassed, as hundreds of people reached out to donate to the family. As of this writing, around $16,800 had been raised.

Goodbar is remembered by loved ones as a “sweet, energetic, dog loving, hunting loving little girl — a little girl who touched the lives of many.” Cody Cepeda/JB