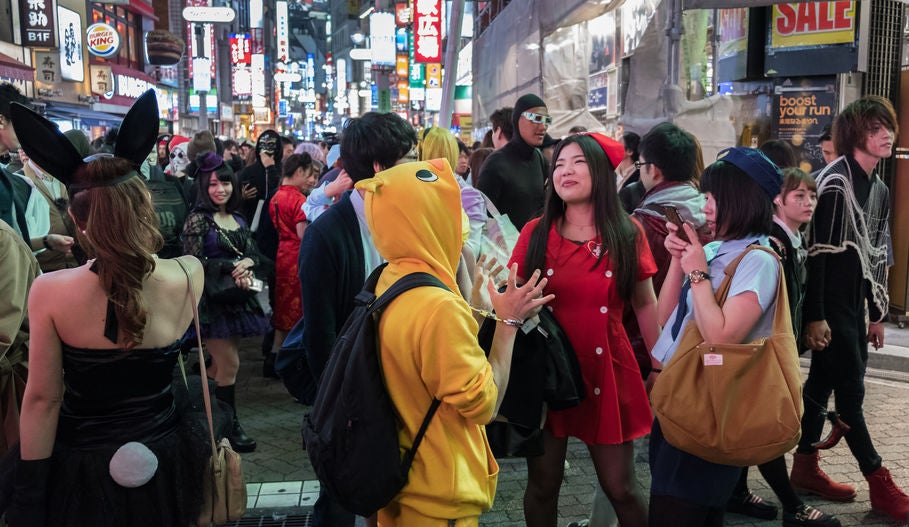 Shibuya’s famed Halloween party got a little out of hand when revelers toppled a truck over and damaged it.

The area around Shibuya’s famous Scramble Crossing has  earned a reputation for the annual and unofficial street party held to celebrate Halloween. Apart from the many costumed individuals, this year saw a rowdier celebration, during which a white truck got toppled by a group of partying youth. At the same time, local police made several arrests of people allegedly groping women’s breasts and taking upskirt photos. There were also cases of assault, as reported by NHK News via SoraNews24.

Twitter user “@enbeyond1” captured the moment costumed individuals climbed on the back of a white kei truck and began jumping on it. Meanwhile, one woman started dancing in front of the vehicle.

Footage shared by user “@sengodebu,” which has already over 10 million views as of this writing, later showed the truck being rolled over on its side. The group that toppled the truck then cheered as the vehicle’s side hit the pavement.

Witnesses said the driver abandoned the truck when it became difficult to drive through the crowd of partying youth and foreigners.

At certain places the crowd would get so out of hand that police officers had to retreat to the safety of their patrol vehicles, lest a more violent confrontation break out. Twitter user “@pa145287252” captured one such incident and tweeted it on Oct. 28

Shibuya ward mayor Ken Hasebe appealed to would-be partygoers a week before the celebration. He called on them to mind their manners and act politely toward others. However, Hasebe also warned that if an appeal to good conduct would fall on deaf ears, officials would have to consider formal legal regulations and restrictions. Such regulations, he said, were aimed at making the event safe and enjoyable for all as part of Shibuya’s local culture.

Prior to the event, authorities also recommended that stores near the celebration area voluntarily suspend selling alcoholic drinks in glass containers during the merry-making.

Elsewhere in Japan, other partygoers board special “Halloween trains” as part of events organized by train companies, according to a previous report by Kotaku. Being officially organized may give visitors and local party people some peace of mind that there will be less uncalled for behavior in these events. Alfred Bayle /ra