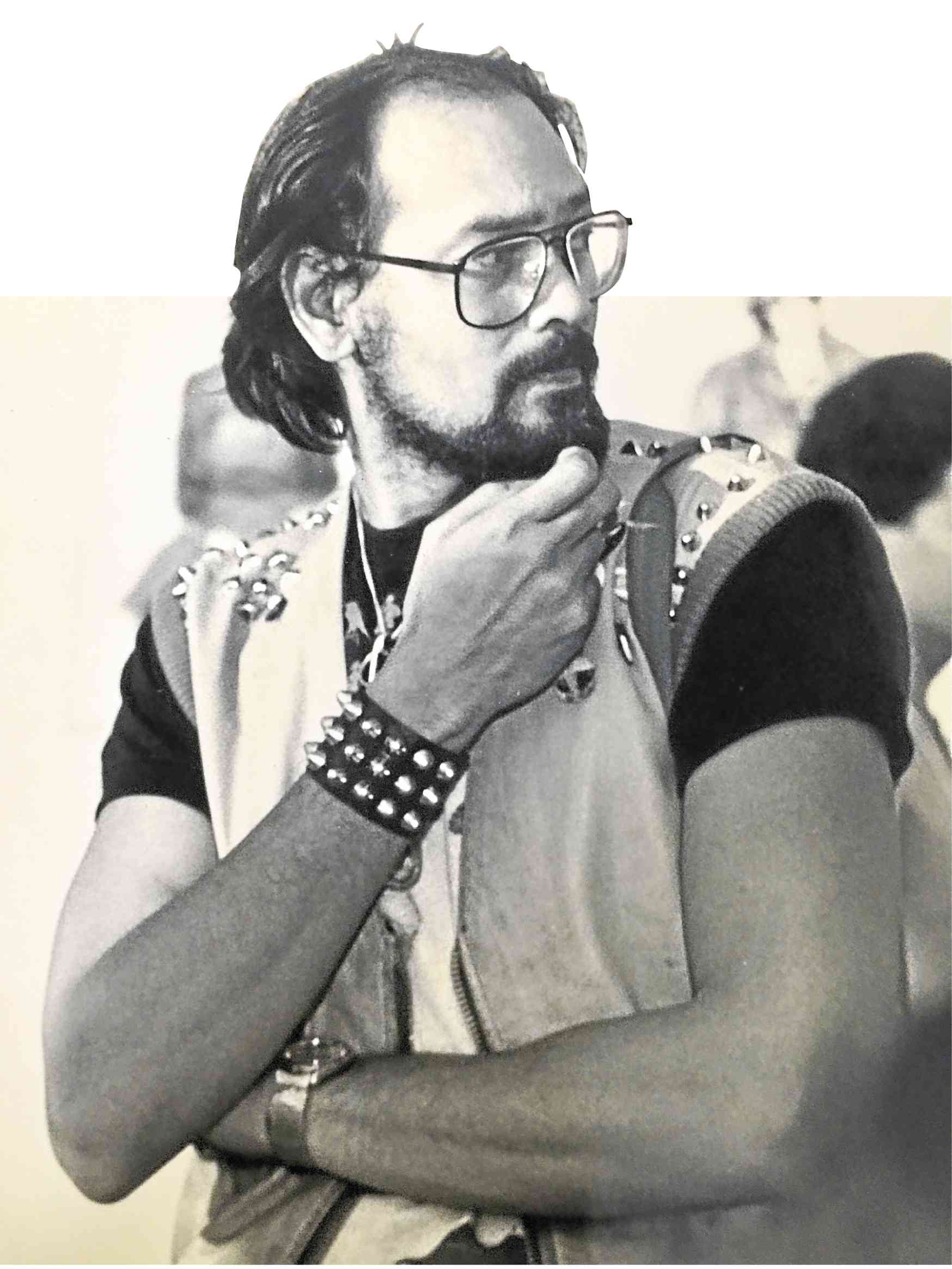 When BenCab went punk: Perfect snapshot of time that is gone forever

In 1982, during one of his periodic homecomings from London where he had lived and worked since 1969, BenCab opened an exhibit at the Small Gallery of the Cultural Center of the Philippines (CCP) that was quite different from anything he had ever shown.

It was a series of charcoal and pastel portraits, drawn from life, of London punks.

With their trademark mohawks and spiky ’dos, punks had become a permanent feature of London street life, ever since the Sex Pistols fired the opening salvo of their cultural revolt in 1977 with the singles “Anarchy in the UK” and “God Save the Queen.”

Nowadays, they’re a tourist attraction like the Abbey Road crosswalk, charging exorbitant fees for photos or selfies with them. But back then, punks were the latest wave of the counterculture, giving two fingers to the conservative Thatcher government.

Although the “Tribes of Britain” Time magazine cover in 1983 that made punk a global phenomenon was still a year away, by the time of BenCab’s CCP exhibit, punk had made inroads into mainstream culture, even as far as the Philippines.

The Jerks, arguably the country’s first punk band, formed in 1979 and with them came the beginnings of a local punk scene.

Outside the underground, however, punk was perceived by most Filipinos as just the latest youth fad.

While BenCab was drawing his punk portraits in London, back in Manila, the noontime TV variety show “Eat Bulaga” held a “Punk Rock Philippines” dance contest, in which spiky-haired kids in trench coats danced to the New Wave hits of the day. Record albums came with printed diagrams showing the latest “punk” dance steps.

Meanwhile, The Jerks, and later, Chaos, performed in concerts hosted by radio DJ Howlin’ Dave and his partner Delilah, the Philippines’ own Sid and Nancy (minus the murder and suicide-by-drug-overdose drama).

Manila’s underground punk scene came to life at night in clubs like On, along Roxas Boulevard near CCP.

BenCab had “punked up” for the Manila exhibit, arriving at the CCP opening wearing a studded vest and black leather wristband.

Despite the artist’s sartorial flair, the audience response to the show was muted. Perhaps the art crowd didn’t know what to make of it at the time. This was decades before punk graphics, graffiti and pop surrealism became tropes of contemporary art.

In 1982, local art aficionados probably had a hard time reconciling the BenCab who drew these portraits of contemporary, oddly dressed white youth with the BenCab who had begun a deep inquiry into the very heart of Filipino-ness with the breakthrough “Larawan” series.

Ironically, this crucial body of work, so deeply imbued with the spirit of the country’s past and its continuing search for identity, was conceived almost entirely in London.

The punk series is, therefore, a fascinating anomaly in BenCab’s obra. It was like, for a moment, the artist snapped out of his trancelike absorption in the Philippine past, opened the windows of his studio, and heard the clarion blast of the Clash playing “London Calling.”

BenCab started drawing London punks as a a kind of diversion. Sketching from life, on the fly, as it were, was a refreshing change from painting using old photographs and prints as a reference.

“I’ve always liked doing portraits from life, as opposed to composing something from memory or from an archival source,” the artist says. “It trains your eye-hand coordination.”

BenCab often ran into punks on King’s Road on his way to or from his studio in Chelsea. Punk was as much a fashion as a musical movement, and the young Brits whom BenCab encountered provided an extravagant display of the full gamut of punk styles: chopped, spiked and wildly colored hair; ripped jeans and black leather; bondage and fetish gear; metal studs and safety pins stuck through torn T-shirts or their own flesh.

In the early ’80s, punk had evolved into New Wave, and mutated into various sub-groups such as Goths, New Romantics, New Tribalists—each with its own distinct costumes and plumage.

These exotic creatures instantly attracted the artist’s eye (although he was wise enough to steer clear of the Skinheads, many of whom were racist and prone to violence).

“The punks interested me because they were so colorful,” BenCab recalls. “I would approach them and tell them, ‘I’ll pay you two pounds an hour if you’ll pose for me.’”

The artist discovered that, despite the fierce appearance punks cultivated, most of them were nice (if somewhat hygienically challenged) suburban or working-class kids who were just living out the rebel lifestyle while trying to figure out the rest of their lives.

The punk drawings soon became a full-blown art project. Some of BenCab’s fellow Chelsea artists joined in, and it became a collaboration. They would hold sketching sessions in each other’s studios.

In hindsight, it might have been the novelty of the subject matter that drew audiences to the CCP Small Gallery show.

Forty-plus years later, however, what should interest contemporary viewers is how the punk drawings work as portraiture. Though wearing the trappings of their tribal identity, BenCab’s punks are clearly individuals, each with their own unique identities.

Dressed in their regalia (or, in some cases, partially or fully undressed, with only hairstyle marking them as punks), the subjects either engage the viewer, or disengage, lost in their own thoughts.

Punk was a pose, and to be a punk was basically to live your life as a performance. Having been tabloid fodder since the Pistols’ scandalous 1977 debut, punks were generally extremely self-conscious around the London paparazzi, affecting one of two default punk poses: the “blank generation” stare of extreme ennui, or the epater le bourgeois grimace of obnoxious snottiness.

In the alien but nonthreatening setting of the artist’s studio, however, the punks can’t help but revert to their true selves. It is a tribute to BenCab’s empathy and sensitivity as an artist that he sees beyond the defensive outward poses and uncover the underlying vulnerability, sometimes innocence, of the subjects.

He, too, was an outsider, a foreigner exploring a world vastly different from his own.

The Punk Sessions form a perfect snapshot of a moment in time that is gone forever. Looking at it allows present-day audiences to imagine what it’s like when punk was still fresh and new.