My neighbor is an ‘aswang’ | Inquirer Lifestyle ❮ ❯

My neighbor is an ‘aswang’ 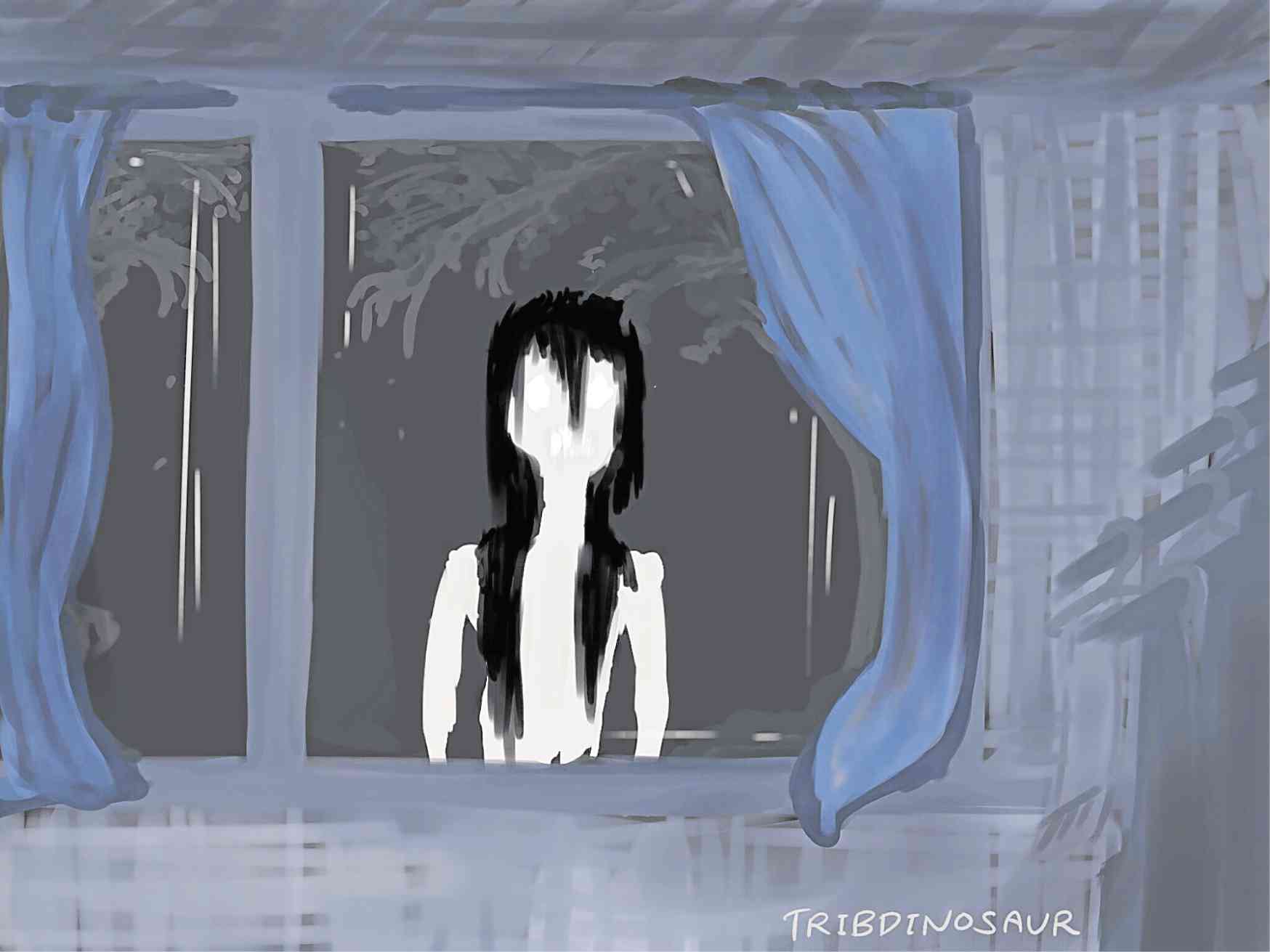 You hear that once, ignore. You hear it another time, laugh it off. But you hear it again and again from your kasambahay, you finally ask them why, how, what, and why now, when you have so much to edit and are in no mood to make the acquaintance of the aswang. Not in the heart of Metro Manila, anyway.

Our two househelp have been holding on to that claim for some time now, until one morning when an ambulance came to get our neighbor, but that is getting ahead of the story.

Our next-door neighbor of allegedly dubious species is a woman who must be in her 80s or late 70s. Hard to tell. I’ve seen only her stocky back. She lives alone in a big house that’s full of cats, hers, the number of which must have peaked at 20 or 30 at one time. It was the cats, not her, whom I’ve seen now and then because they would hop over to the roof overhang of my room—I remember especially that black cat who’d stare at me, eyeball-to-eyeball, when I’d swing open my window and try to shoo her off but she wouldn’t budge. Stray cats don’t budge from their space; they own the neighborhood, any neighborhood, but that’s another story.

Our neighbor keeps no contact with the community, except for the occasional gardener and house cleaner who comes to her house, and the village guard.

Her only son, who owns the house, and his family lived with her until they moved to the US a few years ago. Since then, she’s spent the days alone, including Christmases and New Year’s Eves.

Our two househelp hardly have interaction with her, except a few years ago when she gave them, they said, “imported chocolates” which she said came from her son.

So, what’s your “aswang sightings,” I demanded to know from our help. It’s not sighting, it’s “hearing,” they said.

When night falls, they said, they hear the flapping of wings coming from the house and flying overhead. Birds, I’d tell them. Heavy wings, they shot back.

And at around or after midnight, they’d hear a loud thud on my roof overhang, as if something or someone had landed, they said. Conveniently, I am in the newsroom, away from home, so I cannot confirm the take-off and landing of our neighbor. Her estimated departure and arrival times simply don’t jibe with my daily itinerary.

But when I’m home late at night, sometimes I’d hear a heavy thud or scraping on my roof overhang and would just dismiss it as that intrusive, overbearing black cat that managed to breach the wire fence and remained undaunted by the high-wattage light trained on the roof. On those occasions, it didn’t occur to me to lift the blinds and stare out the window to see. Honestly, I find watching Trump on CNN scary enough, I don’t need to be terrified by the neighbor when I’m trying to chill before my TV after the day’s work.

Dismiss all that. Then one morning, our new driver weighed in, saying rather casually that, as he was parking the car the night before, upon our arrival after midnight, he heard wings flapping somewhere between our old bamboo and even older acacia trees. Birds, I said again. “Hindi ma’am, parang uwak (No, like a crow),” he said.

Last I checked, our neighborhood is a no-fly zone for either crows, vultures—or aswang.

Many years ago, I recall now, I lost my very efficient—and level-headed—help because she was getting paranoid and was given to panic attacks. Somebody from “that house,” she said, pointing to our neighbor, was haunting her day and night and wouldn’t leave her a moment of peace. I thought she must have been suffering from some hormonal deficiency so I had no choice when she asked to be let go.

Our present kasambahay comes from the Visayas where the folk belief in the aswang, kapre and the elementals remains very much a part of contemporary life. The aswang, specifically a manananggal, is a prominent character in Filipino lore—a half-human, half-otherworldly creature with wings who takes flight at night, leaving the lower half of its body, in search of babies and pregnant women whose blood it sucks.

Salt or garlic, our two kasambahay remain convinced, which you place on the lower part of the body left behind, will do the trick. But our kasambahay refuse to trespass into aswang territory.

The Filipino aswang and local elementals beat Hollywood and Halloween ghouls, simply because the people’s belief in them remains steadfast; it’s in the people’s mental DNA—like our kasambahay, you can uproot them from their native province, but they bring their beliefs system to their modern urban environment.

I’m not about to shatter the belief system of our kasambahay. It’s okay to come home to their stories of the day—they espy our neighbor’s face and notice that her eyes are quite red (“aswang talaga”), or they overhear her talking to her cats.

Then one day, they said that, strange, even her cats had fallen quiet, and that they hadn’t heard our neighbor’s voice for days. Oh now, do I call the village guard?

I didn’t have to. The next morning, an ambulance came and took our neighbor away. It turned out her son, who was contacted by the village association, flew home just in the nick of time. She was really sick—must be pneumonia or stroke.

More than her possible aswang credential, her case drove home to me what our former parish priest, Msg. Manny Gabriel, who was our college professor at St. Theresa’s, told me years ago: that our village, just like many urban villages, has been seeing the rise in the elderly population that lives alone, left behind by their children who needed to migrate for jobs or better lives abroad.

These senior citizens live in empty nests, comfortable but empty nonetheless. They became Msg. Gabriel’s apostolate. He and other residents would visit the senior residents regularly and provide support systems for them.

The Filipino is still nowhere near having homes or communities for the elderly, as they do in the US. Yet unlike in previous generations, when the Filipino families lived with their elderly, today, more and more Filipino families are being segmentized, with the younger members resettling elsewhere, leaving behind their old folks.

Looking after old folks is a challenge, especially if one works the daily grind. Yet one dreads to imagine how it is for a Filipino elderly to live alone. In western countries, independent living is expected of both the young and the old—not so in the Filipino family.

Our aswang neighbor is one such Filipino elderly. One could only imagine her solitary daily routine with only the cats for companionship. She’s back from the hospital, has apparently recuperated, and her family has found a kasambahay for her.

I finally found the opening to tell our kasambahay that our neighbor might not be an aswang, after all, because if she were, she would be found out by her own kasambahay sooner or later. No, they pushed back, she takes off when her help is already asleep—they still could hear the flapping of the wings at night, they claimed.

Learning: Live and cherish moments with your parents, no matter that they drive you nuts. Life is short, and time is even shorter.

Your parents will be gone before you know it. Visiting their grave today doesn’t quite feel the same way as when you were around them.

And don’t leave your old folks to live alone. They could be mistaken for aswang by nosey neighbors.