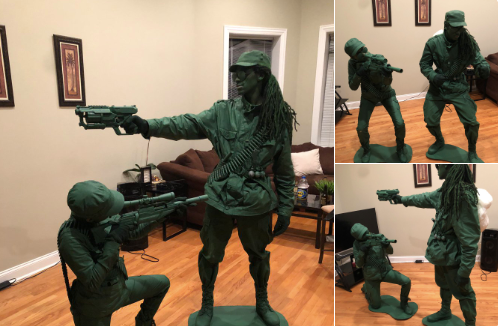 A couple in Chicago, Illinois, United States will be tough to beat this Halloween with their amazing “Toy Story”-themed costume.

Because I’m still in awe from how my brother and his girlfriend came for Halloween pic.twitter.com/DKIvBCN3Qe

Ebony Jenae shared photos on Twitter of her brother and his girlfriend, dressed as toy soldiers, on Oct. 28.

“Because I’m still in awe from how my brother and his girlfriend came for Halloween,” she tweeted. The couple is seen in several poses complete with green skin and hair.

Her brother also tweeted the photos, saying “Andy’s coming,” a famous line from the film. JB