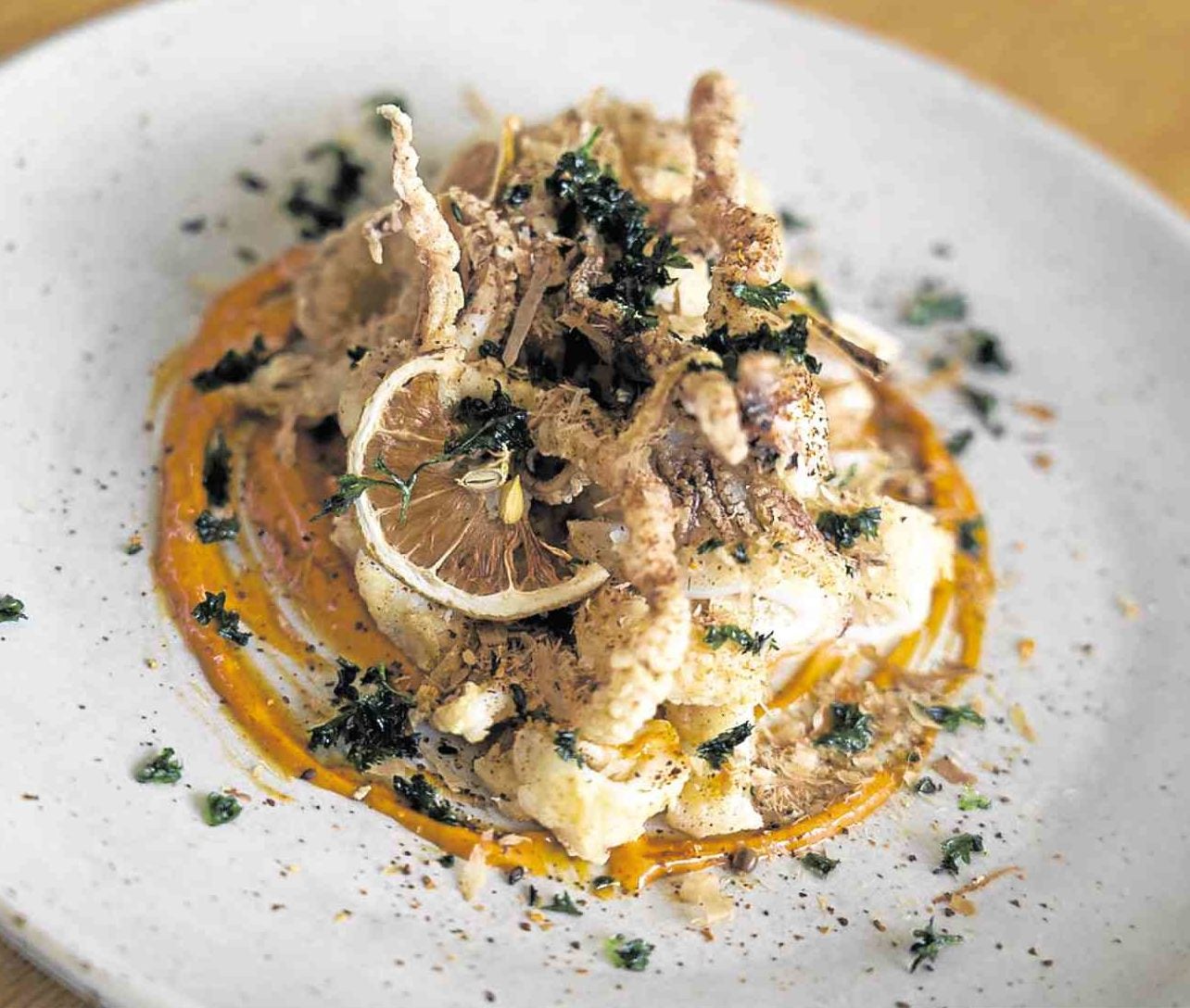 Iligan, as a tourist destination, suffers from the drawback of being close to two cities: Marawi, to the southwest, and Cagayan de Oro, to the east. Tourists tend to gravitate to the latter, a much larger city, while the recent war in Marawi, 37 km away, has left more skittish travelers nervous.

It’s not doing its local economy any favor, but this means that Iligan City continues to feel like a small town, even if it isn’t really that much smaller than the snarling, congested Cagayan de Oro.

I was in Iligan for a food story with a photographer and another writer, and we never ran into any traffic jams.

Inevitably, there are a couple of malls, but they didn’t dominate the landscape. We  were able to have third-wave coffee using local beans from Mindanao, prepared with scrupulous care in a café called Kopi Luwak, run out of an old house with sprawling gardens.

There’s fantastic craft beer served in a pub called Fat Pauly’s, brewed just up the road by the brothers Pauly and Stuart del Rosario. They also do an excellent session beer called Kundiman for beginners like me. There’s an Iligan IPA, which is I think their best beer, and they have steam lagers and sour ale as well. Their dark stout goes well with the charcuterie, all of which is made in-house.

It’s actually one of the oldest craft breweries in the country.

Breakfast is actually the meal where one is spoiled for choice. You can have a more conventional breakfast at All Day by Zoey, which serves classics like eggs Benedict, pancakes and a very large and eggy omelet, all served with homemade bread.

But morning is apparently when you have to hit the porky places, which tend to run out of the good stuff.

Papa Mai’s, a third-generation hole in the wall (now across the street and considerably less hole-in-the-wall-like), serves grilled pork belly, grilled ilogon (pork intestines), maskara (pork face), and a soup called halang-halang. The name should have been a clue, but it’s an incredibly spicy pork broth. I thought it was the pork that was crazy hot, and tried to douse it by gulping a big mouthful of soup. I chalk this up to the mantra that experience makes you wiser.

You also have to hurry to get the good bits of the lechon at Gloria’s, a lechon restaurant out by the waterfalls. I checked it out on the map, which placed it at 10 km away. For someone who lives in a city where you can take an hour to do the 2.2 km from Bonifacio Global City to Rockwell, this seemed impossibly far. We were there in less than 15 minutes. It’s a cozy restaurant with a view of the sea.

Behind us, across the road, were cold water springs where families head out to swim on weekends. After all the exertion, they scurry across the road and scarf down lechon, as well as tuna jaw and lechon manok from the grill.

By 10.30 a.m., the best bits (for the Iliganons, the belly) had gone. They do replenish, but the word on the street is that the afternoon pigs are never as good as morning ones.

But the real revelation here was Mariano’s, a restaurant so hidden away as to be almost the food equivalent of a speakeasy. Doi Mariano was a chef at Shangri-La in Boracay who quit the hotelier’s life to return to his hometown and open a restaurant with his sister, Avril, who had also been employed by Shangri-La.

Doi does the savory dishes, while Avril does pastries and ice cream. The space is beautiful, with bamboo and glass and high ceilings, and a cozy dining-room that reminds me of Colin Mackay’s old Sala Restaurant in Malate.

This is the neighborhood restaurant I wish were in our neighborhood—I’d be there every day. As it is, I’m thinking of jumping on a plane to go back for the beef belly, cooked in a dark reduction whose acidity is a play on adobo. It’s perfect with the steaming mound of mashed potatoes it comes with.

For lighter meals or snacks, there are pastas, or the squid rings we had while just hanging out. It also serves Fat Pauly’s beers. It’s open by 4 p.m., if you want to to work up to dinner.

Doi Mariano is an incredible chef—inventive, precise, his dishes walking the fine line between being inventive without going overboard.

Avril Mariano’s ice creams are all churned in the traditional way, and are made from goat’s milk. They are complex and rich without being gamey, and even the vanilla was anything but plain, made with palm sugar instead of industrial white sugar.

The prices for all the items on the menu were almost unbelievably reasonable.

I momentarily thought about them coming up to Manila and trying to slog it out here, but rent prices would push the prices of the dishes through the roof. Avril would be cut off from her source of goat’s milk, just an hour’s drive away, and they would be forced to compete in the rat race of too many restaurants and fickle customers looking for the newest “concept.”

If people can fly out to Copenhagen for a restaurant reservation, they can and should make it to Iligan. Anyone who is in the general area for work or pleasure should set aside one night to visit Mariano’s.

All Day by Zoey Café