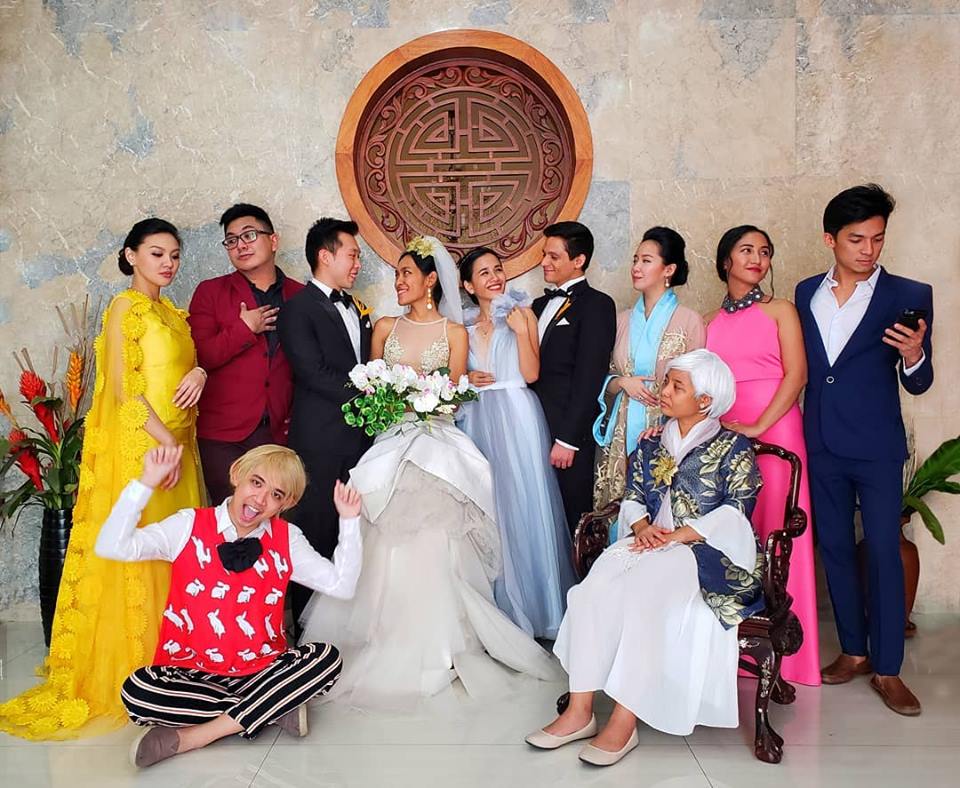 A group of friends who have become internet-famous for their over-the-top costumes may have outdone themselves this year when they chose to dress as characters from “Crazy Rich Asians.”

Last year, they earned a shoutout from Taylor Swift herself for channeling different versions of herself in the music video for “Look What You Made Me Do.” The year before, they were a viral sensation when they posed in an LRT station as the characters from “Train to Busan.”

Halloween has become a creative outlet among the friends who met as architecture students at the University of the Philippines Diliman. They number about 20, but with some living abroad and with hectic schedules, they have yet to spend Halloween as a complete group.

Gab Yap told INQUIRER.net that going as the “Crazy Rich Asians” cast was a unanimous decision.

“All of us watched the movie, and we all loved it! I literally squealed in delight when the ending credits rolled,” he said. “Some of us read the book years before the movie came out, and were very satisfied with the adaptation.”

Prepping for the costume took about a month, with some choosing to make their own dress or tapping designers to create them, and others putting together stuff from their closets.

The men had it a tad easier, using suits they had from previous weddings. Michael Teo’s suit is by Paulo Lazaro. The dress for fashionista Astrid Leong was made by its wearer herself Jona Pajarillaga.

Before long, those involved with the “Crazy Rich Asians” film and the author, Kevin Kwan himself, gave due recognition to the group.

Kwan proudly shared the photos on his Instagram yesterday, Oct. 31 and gave a heartwarming message to them: “Look what these crazy creative fans in the Philippines did!!! Mahal ko kayo (I love you all!!!)”

Actor Remy Hii, who played heartthrob Alistair Cheng in the film, gushed at their costumes: “Oh my god! So freaking cool!”

Fil-Am actor Nico Santos was a fan of their costumes too. “So good!” he wrote with heart emoji.

Meanwhile, director Jon Chu included them in a video compilation of “Crazy Rich Asians” costumes from around the world. The group’s costumes can be seen at the 1:07 mark.

Look at all the Crazy Rich Asian costumes!!!! Best Halloween ever!!! #crazyrichasians pic.twitter.com/DucsHJqvEH

“It felt so surreal, but it felt so amazing, too,” Yap said of their reactions. “And it’s always nice to show people in your own little way how their work has made an impact on the world!”

“I think our Halloween costume is just one of the signs why representation of minorities in media is so important. We can actually dress up like characters who look like us,” he explained.

The photo shoot was taken in the home of the group’s own crazy rich Asian, according to Yap. Afterwards, they had a pizza party to catch up with one another. He reasoned, “It’s extremely difficult to organize ten architects’ schedules to meet at once!”

When asked if they did anything else related to “Crazy Rich Asians,” Yap quipped that he handed off adult Halloween baskets.

“The baskets had Pei Pa Koa candies in them,” he said, referring to the Chinese herbal remedy for cough and sore throat. Nick’s amah might just approve.  /ra