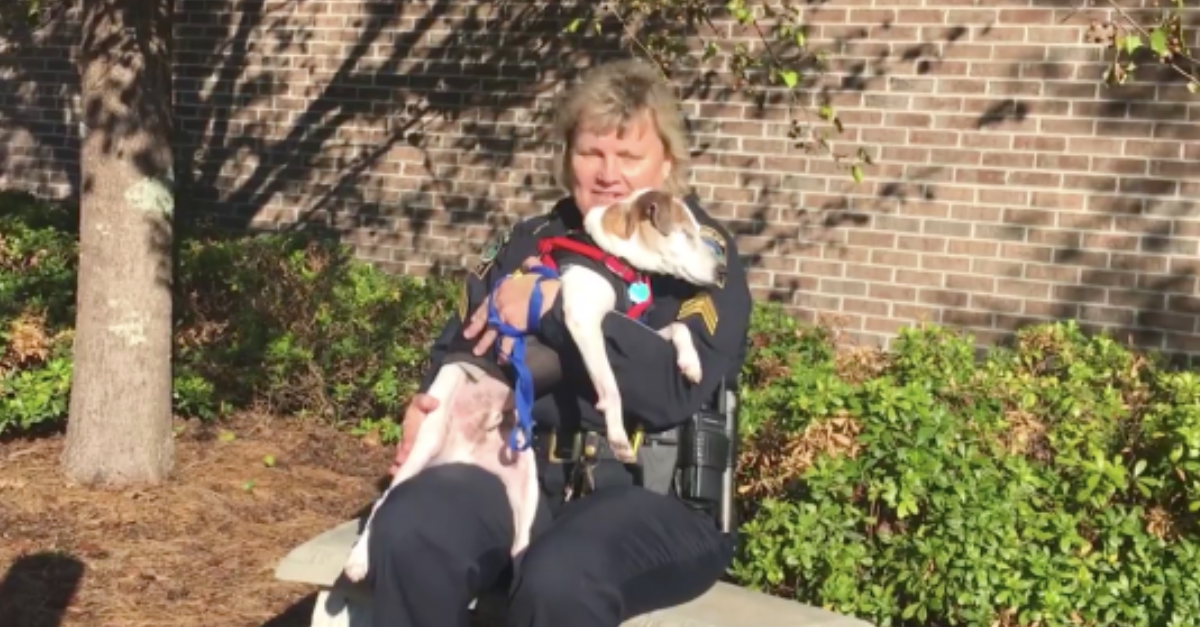 The Wilmington Police Department (WPD) in North Carolina, United States ticked a box off of a terminally ill dog’s bucket list by making him an honorary K-9 for a day.

When Jack Miller’s owners realized that the 14-year-old one-eyed Parson Russel Terrier has only months to live because of his jaw cancer, they created a bucket list for him to accomplish. One such thing they want for Jack to experience is for him to have a go at riding a police car.

Lucky for him, WPD officers granted his request and more — they made him an honorary K-9 on Sunday, Oct. 28. The official Facebook page of the WPD shared last Tuesday, Oct. 30 the video of Jack having the time of his life as a police dog for a day.

Meet our newest K9 member…well, sort of. Jack Miller has terminal cancer, so his humans created a bucket list for him, which included taking a ride in a police car. On Sunday, we made that happen (and a little bit more). We're wishing him all the best! Check out the video of our honorary K9 and leave your well wishes in the comments.

Jack, clad in a K-9’s uniform, experienced first hand what it felt like to stick his head out of a police car’s passenger side window. He also met and played with the dispatchers at the 911 center. To make his day even better, he visited the dog park in the city.

He was diagnosed on Oct. 1 this year. One month later, today, the official Facebook page for Jack manned by his owners revealed he only has more or less two months to live.

While he has managed to gain weight, thanks to his owner’s cooking, these days, he apparently gets more tired easily.

For his next adventure, Jack will try to surf the waves on Saturday, Nov. 3. JB