When the icon becomes fun for the senses | Inquirer Lifestyle 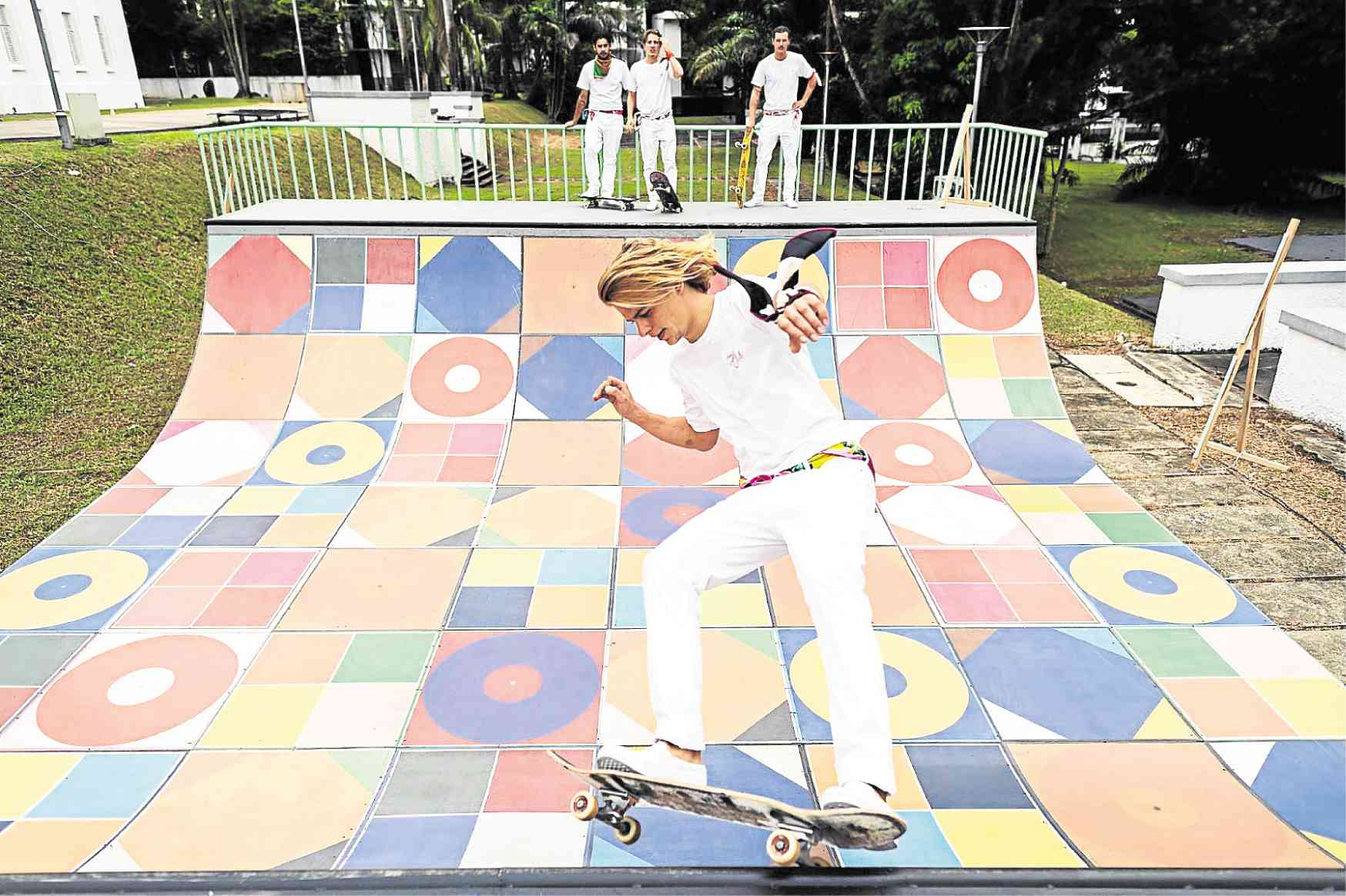 Skaters flown in from France show their moves at the scarf-printed Carré Park.

When the icon becomes fun for the senses

The vibrant patterns and silky feel of an Hermès scarf were magnified several times over when the Hermès Carré Club set up shop in Singapore last month.

Instead of just focusing on sight and feel, artistic director Bali Barret and her team came up with fun concepts designed to engage all five senses.

A two-story mansion on Singapore’s exclusive Lady Hill Road was transformed one weekend into an extravagant showcase of the carré. Carré is French for “square,” the shape of the silk scarf.

Unlike earlier iterations in Manhattan and Toronto that had a handful of components, the Hermès Carré Club in Singapore featured a total of nine.

Outside, skaters flown in from Paris showed off their moves on a small skate ramp painted with a scarf print (Carré Park).

At the Carré Click and Check to the left of the main entrance, guests were greeted by a bemustached receptionist and his assistants clad in printed silk jumpsuits. Guests were then signed in and handed their membership cards for access to the different features such as the Carré Cut (makeovers with square-cut wigs or a quick gel manicure), Carré Cafe, Carré Disco and Carré-OK.

In the last, guests clicked on the nine scarves on the monitor and belted out tracks such as “We Are the World” by USA for Africa, and “ABC” by the Jackson 5, complete with animated scarf designs.

Carré Stories was a bank of rotary phones where guests could listen to short musings on the scarf by dialing any number from one to nine. “I don’t know why but I love the sound of silk gliding through my fingers,” said one woman with a sexy, breathy voice. “It makes a special ‘swoosh, swoosh.’ It calms me at once.”

The artistic centers of the Carré Club were on the second floor landing and in several rooms.

At the Carré Studio, scarf designers Octave Marsal and Theo de Gueltzl worked in tandem on detailed scarf designs. The one they were working on combined giant peonies in full bloom, and tightly packed but fictional cityscapes.

The one with the longest queue during the VIP preview was artist Keng Saw who illustrated members’ portraits in his signature style.

There was also a long line of members determined to snag one of the Autumn-Winter 2018 scarves or the special-edition Hermès Carré Club silk bandana, available only that weekend at the Carré Mania gift shop.

As Barret said in an interview with Business of Fashion, “The scarf represents the fantasy and humor of Hermès. It’s an affordable object compared to most of the things we’re doing.”

This month, Hermès Carré Clubs will be set up in Los Angeles and Milan.