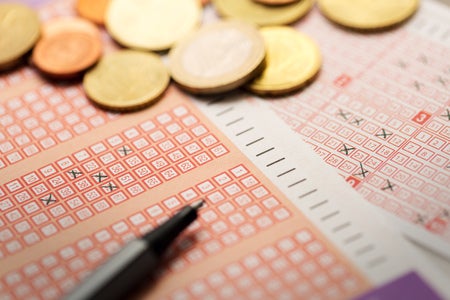 A woman from Michigan, USA, bagged $2 million (around P106.4 million) in Tuesday’s draw of her local Mega Million lottery, saying that she was inspired to play because of her itchy hands.

“My hand started itching about a month ago, and I’ve always heard that means you’re about to come into some money so I’ve been playing Mega Millions ever since,” Jacquette Prater told Michigan lottery officials.

She was then informed by her best friend via phone on Wednesday morning that someone won the lottery and that the ticket was bought at the Sunoco station on Clio and Pierson roads—where she actually bought her ticket.

Prater recalled on discovering she won: “My fiance, Jim, and I got out of bed as quick as we could to go check our tickets at the store near our house. When we scanned it, both of our hearts dropped and we started celebrating!”

The lucky winner also shared her plans on how she would spend her winnings, such as taking her kids shopping and putting the money on “smart investments.” She added she also plans to open a small restaurant.