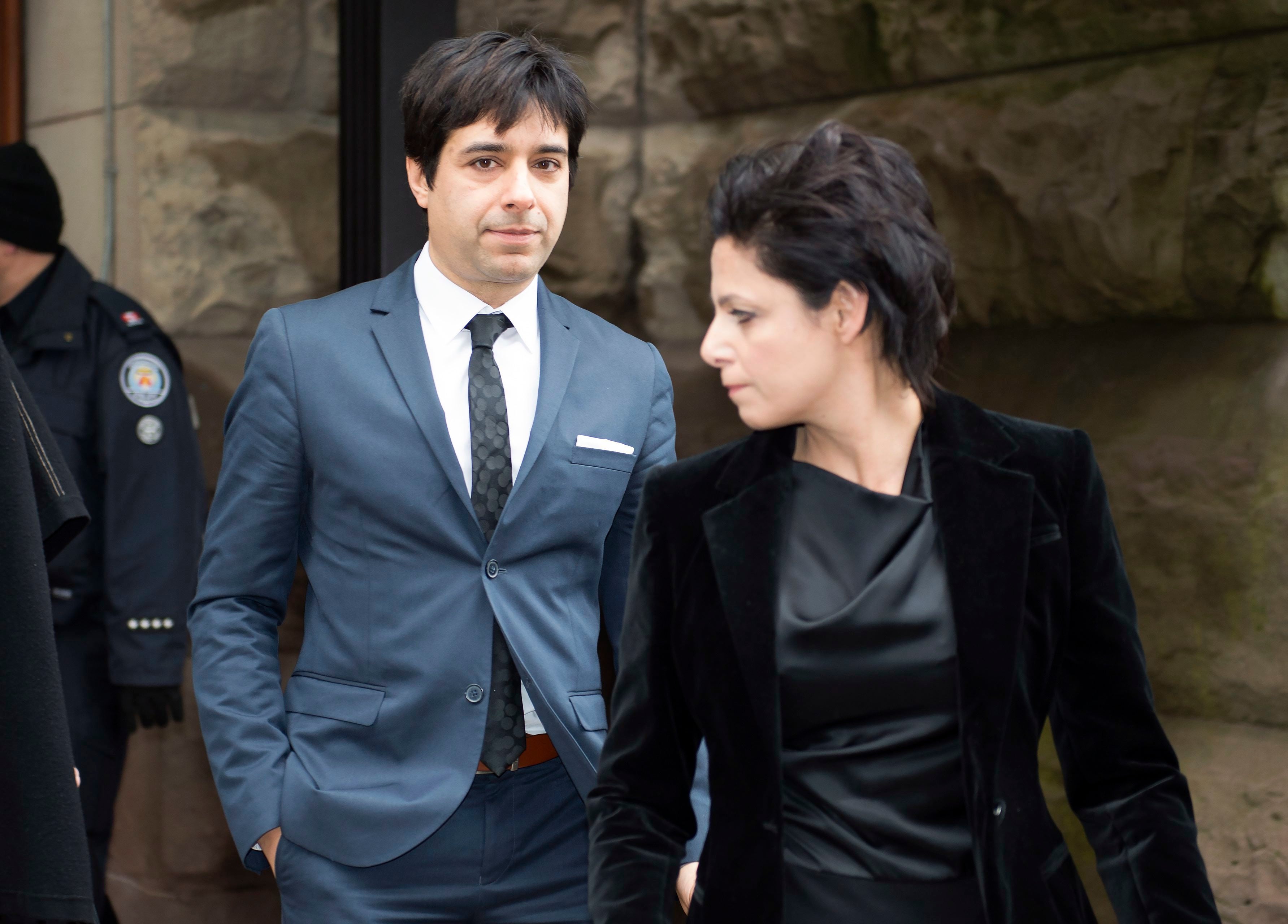 In this March 24, 2016 file photo, Jian Ghomeshi leaves court in Toronto with his lawyer Marie Henein after he was acquitted on all charges of sexual assault and choking. Ian Buruma, editor of The New York Review of Books was fired after publishing an essay by Ghomeshi in September. Image: The Canadaian Press/Frank Gunn via AP

NEW YORK (AP) — For literary magazines over the past year, much of the news has been in the masthead.

Editor Lorin Stein of The Paris Review left amid allegations of sexual harassment and editor Ian Buruma of The New York Review of Books was fired after publishing an essay by Jian Ghomeshi, the Canadian broadcaster and musician who faced multiple allegations of harassment and assault. Editor James Marcus of Harper’ s departed after objecting to the magazine’s publication of a Katie Roiphe essay which criticized #MeToo as intolerant of dissent. An online list which compiled allegations against various “media men” led to a lawsuit by The Rumpus founder and former editor-in-chief Stephen Elliott, who has alleged the list falsely implies he is a rapist.

The stories of harassment didn’t just change titles, but bared a longstanding contradiction within the New York literary world — between the progressive worldview of some of the leading publications and the private behavior of those in charge.

“The internal culture of many a progressive magazine is surprisingly retrograde — like an old-fashioned company town with fancier coffee machines,” Marcus said. “The contradiction can be glaring. Yet I do think that #MeToo has seeped into these establishments, in ways that are easily recognizable and less so. You have Emily Nemens (who replaced Stein) at the helm of the Paris Review, of course, and Ian Buruma’s abrupt dismissal from the New York Review of Books. But there are more subtle effects, too. When it comes to shutting down female colleagues in meetings, or batting away pitches from female writers, more men are likely to think twice — not exactly revolutionary, but a step in the right direction.”

“The culture of the publishing industry specifically is to a great extent a reflection of American culture more generally,” says The Rumpus’ current owner and editor-in-chief, Marisa Siegel, who took over in January 2017, before the focus on sexual harassment became a cultural focus. “While firing men who are guilty of workplace harassment and assault is important, in that no workplace should tolerate that kind of behavior, I’m not certain a handful of firings can change workplace culture.”

The #MeToo movement has been an ongoing reminder — and for some a revelation — that the most well-read people aren’t necessarily the most civilized. Leon Wieseltier, for decades the literary editor for The New Republic and most recently a contributing editor for The Atlantic, has translated the works of Israeli poet Yehuda Amichai and edited a volume of essays by the critic Lionel Trilling. Meanwhile, colleagues told stories of Wieseltier kissing them without permission, making crude sexual remarks and encouraging them to wear short dresses. He was dropped last year by The Atlantic and a planned journal he was to launch through the non-profit Emerson Collective was cancelled (Wieseltier has apologized and vowed “not (to) waste this reckoning.”).

“I think there’s this ideal that if you’re well read, you’re going to be more empathetic and moral,” said Amy King, a board member of VIDA, a nonprofit organization which tracks gender parity at literary magazines. “It’s disturbing to find out your heroes are corruptible.”

“I don’t know any women who have worked with members of the literary elite who would be surprised by the fact that some of most learned, politically engaged powerful men — and some women — behave in infantile ways when it comes to power and sex,” said the author and journalist Rebecca Traister, who writes extensively about #MeToo in her new book, “Good and Mad”.

Part of the debate about #MeToo has been how, or if, to present the other side. Some magazines have devoted extensive space to those accused of harassment. Harper’s ran a maudlin, 7,000-word essay by John Hockenberry, the longtime public radio host who was fired last year. The New York Review of Books published a 3,400-word essay in September by Ghomeshi, who described himself as a victim of “mass shaming.” Traister calls the essays examples of how the “whole conversation shifts in gravity” away from stories of those who spoke out about being harassed to those who once held power.

Soon after the essay came out, Buruma defended his decision in a telephone interview with Slate’s Isaac Chotiner, saying he was “not judging him (Ghomeshi) for the exact rights and wrongs of what he did in the past.” Buruma was fired, with Review publisher Rea Hederman chastising him for leaving female staffers out of the editorial process. But Buruma was defended by such Review contributors as Joyce Carol Oates, Lorrie Moore, Ian McEwan, all of whom signed a letter which called his ouster an “abandonment of the central mission of the Review, which is the free exploration of ideas.”

The male culture of literary magazines had been documented well before the rise of #MeToo. In 2011, VIDA began publishing an annual tally of the percentage of women writers and reviewers at some of the top publications. The results were as stark as King and others had imagined: At the Atlantic, three times more space was given to men than to women. The ratio was more than 5-1 at The New Republic and at The New York Review of Books.

“For a long time there was a suspicion among female writers that we were outnumbered,” King says. “We set out to confirm those suspicions.”

While several publications have since narrowed or closed the gender gap, others have seen little change. At The Threepenny Review , VIDA found that men were given two-thirds of the space in 2017, a percentage roughly the same as VIDA’s initial counts. Threepenny founder Wendy Lesser questioned the value of the VIDA reports.

“I do not think it’s useful to classify writers — or, for that matter, editors — according to gender,” she wrote in a recent email. “As an editor, I try to view each Threepenny Review writer as an individual, with something special to say that only that writer can say in that way. It doesn’t make sense to try to replace those individual viewpoints with more ‘representative’ or ‘fairly distributed’ people, because there is no such thing in literature.” CC