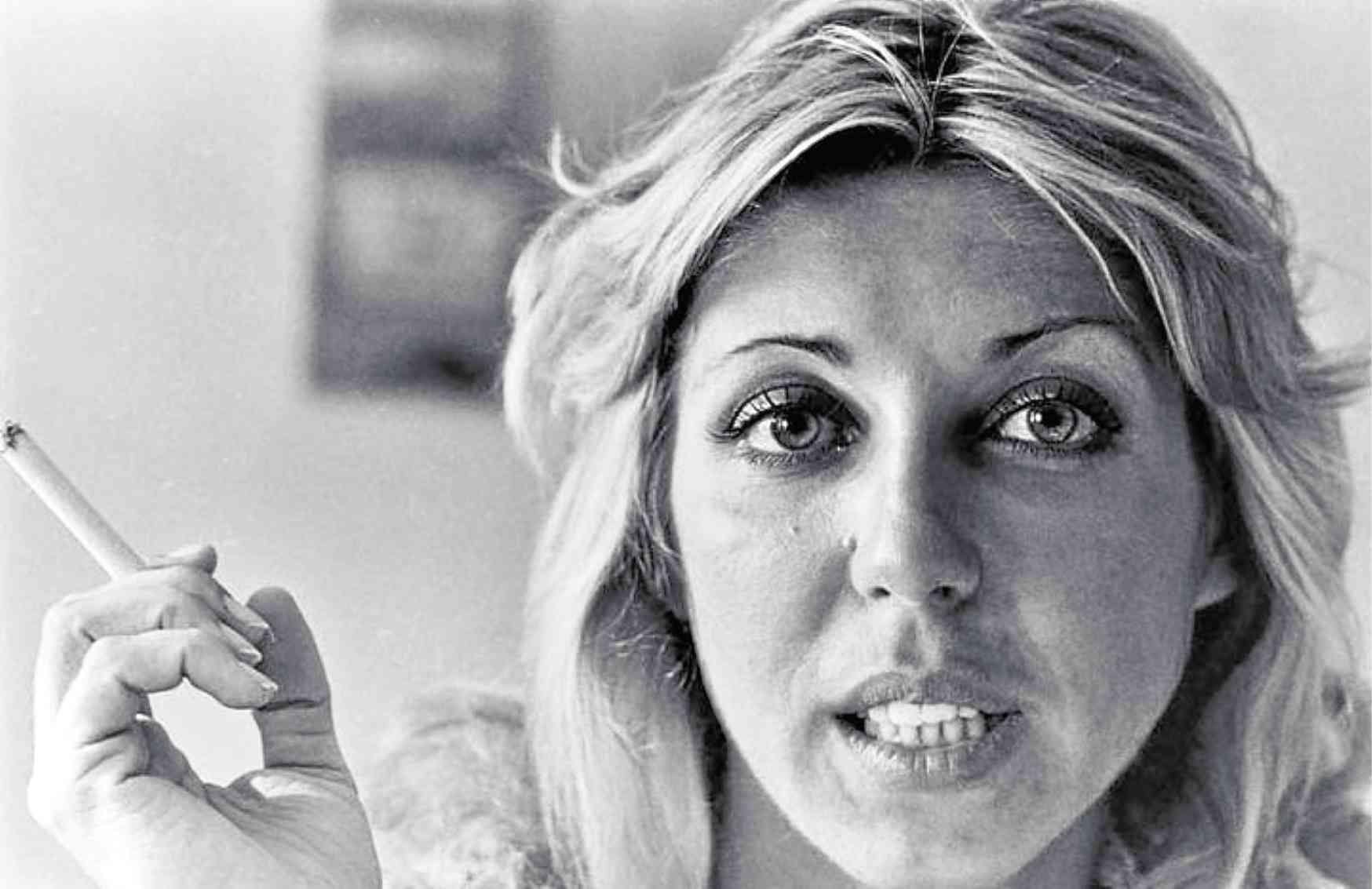 An Italian in Manila: “Even at a young age, I had goals.”

“I have this attitude: I never live in the past,” says Silvana Ancellotti-Diaz, Galleria Duemila’s founder.

“Maybe it was because my father always told me, ‘Silvana, avanti!’ Forward, always forward. So I live for what’s coming.”

It’s an admirable attitude, considering that Duemila is now, at 43 years, the oldest art gallery in the country, with a back catalog like no other, including the Ocampos Hernando and Galo, Vicente Manansala, Ang Kiukok, Jose Joya and other acknowledged masters.

Duemila means “20th century” in Italian. Thanks to Diaz’s continuing passion for Philippine art, it has soldiered on into the 21st.

In a short print dress with her hair cut short, she looks none the worse for wear, despite having had to endure four “heavy, heavy, heavy” rounds of chemotherapy that had her in and out of the hospital for a while.

It doesn’t seem to have dampened her enthusiasm for the gallery’s current show, either: sound art from Jay Ticar and Amy Aragon.

“That’s the beautiful thing in my work: You renew, you learn, you get amazed, you get surprised,” adds Diaz. “The creative process—I love it. I think art saved my life.”

It all happened by chance, or by destiny, depending on how you look at things.

Silvana Ancellotti was born in 1948 in Brescia, in the shadow of the Italian alps. Her father owned a company manufacturing heavy machinery, and fully expected his eldest daughter to inherit it one day.

She had other plans.

“Even at a young age, I had goals, I had dreams, and I worked for them,” she recalls.

Her focus was learning French, English, Spanish and German. Toward this end, she attended special schools in Italy from age 14, and later the University of Nottingham in England.

“I wanted to become a parliamentary interpreter,” she recalls. “I wanted to learn history from the people who were making history.”

Instead, her language skills landed her a job as a flight attendant at Alitalia. In the mid-1960s, a young woman could aspire to no more glamorous line of work than an international airline stewardess.

Diaz soon found herself traveling the world, and staying in five-star hotels. She still learned about history, but from a succession of boyfriends who were into politics or philosophy.

“I always had extremely intellectual boyfriends,” she recalls. “In Europe you’re exposed to the arts the same way you breathe. Women and men grew up together. It wasn’t about how beautiful you were. The competition was about the intellect: how smart you were.”

The Alitalia job took her around the world twice, including Paris just in time for the 1968 student revolt, the North Pole, South America, Africa, Australia, and finally Asia, where she met and eventually married a dashing Filipino artist named Ramon Diaz.

“I came here in May 1971,” she recalls. “I was a young bride, I didn’t know a living soul except for my husband and my sister-in-law.” The latter, as it turned out, was former Miss Universe Gloria Diaz.

It was another sister-in-law, however, who paved the way for her entry into the art world. Isabel Diaz had begun to make a name for herself as a painter in New York. Ramon asked Silvana to curate her first show in Manila.

“This was in 1974,” she recalls. “The art scene was completely different then. There were very few people buying paintings, and there were so few galleries—Quad, Miladay Art Center, Galerie Bleue in Rustan’s, the Navarro gallery. When I came in, I did not know about invitations, posters. The exhibit was extremely successful. We sold everything.”

Diaz opened Galleria Duemila the following year. Rather than take a course on Philippine art history, she went straight to the source.

“At that time, the art scene was extremely passionate, extremely intense, specially during martial law,” she recalls. “We were thirsty for news. Everything was censored. So everybody would come to the Saturday Group.”

The Saturday Group was a coterie of artists that included the leading lights of Philippine contemporary art, including H.R. Ocampo, Ang Kiukok, Cesar Legaspi, Onib Olmedo and Mauro Malang Santos.

On Saturdays, Diaz would pick up her friends Olmedo, Justin “Tiny” Nuyda and Allan Cosio in her orange MG sports car and drive to the Taza de Oro café where the Saturday Group held its meetings. The artists would critique each other’s works while Diaz hung on to their every word.

“It was a beautiful experience,” she recalls. “You learned everything. You learn, and you are in another world. You see things that you would normally not see.”

The old codgers were equally thrilled to have an attractive young Italiana around, their very own dulce extranjera.

Very soon there was a Wednesday Group, and a Thursday Group. There was also the Dimasalang Group with Abe Cruz, Romulo Galicano and SYM Mendoza.

“In Europe, art was just a hobby for me,” says Diaz. “Here, it was my life. All the masters, Galo Ocampo, Manansala, H.R. Ocampo, Ang Kiukok, Malang—I used to see them practically three times a week. They were very serious, very dedicated.”

Later on, Diaz would study Art Management formally, but her real education took place during these sessions with the masters. It allowed her to run Duemila with authority, confident in her own tastes.

Meanwhile, it would take quite a few more years before Duemila became financially stable. There were times when Diaz had to take on interpreting work for the Italian embassy, or ask her husband for money, to keep the gallery running.

“We had 10-hour brownouts, we had months with no sales,” she recalls. “But I understood when I started to get involved in art that it is my life. It’s like my bloodstream.”

Over the years, Diaz has nurtured generations of contemporary Filipino artists, and helped build an audience for them.

“You have to know them by heart,” she says. “How else can you sell their work?”

Last September, three of them—R.M. De Leon, Jonathan Olazo and Trek Valdizno—repaid the favor with a tribute exhibit at Galleria Duemila titled “An Italian in Manila.”

“I’ve always exhibited artists that I like,” she says. “I’ve never been swayed by fashions, or money. I’m one of the few gallery owners who still goes to openings at other galleries. I’m very curious and I like to know what’s going on.”