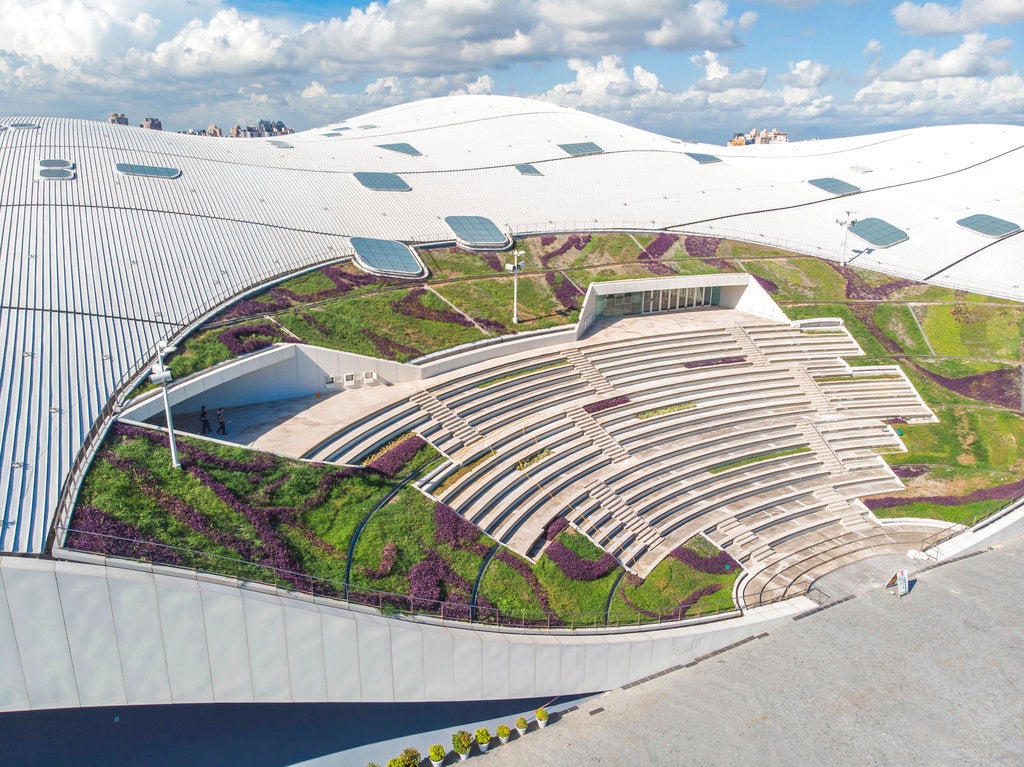 KAOHSIUNG, Taiwan — A sprawling complex of four theaters billed as the biggest performing arts center in the world has opened in southern Taiwan.

The National Kaohsiung Center for the Arts houses a concert hall, a play house, an opera house and a recital hall on 3.3 hectares (8.2 acres) under a single roof. It opened last month.

The center was built over eight years at a cost of NT$10.7 billion ($350 million) on the site of a former military barracks in the port city of Kaohsiung. The concert hall has the biggest pipe organ in Asia with 9,085 pipes.

The design by Dutch architect Francine Houben reflects the city’s tropical location and maritime links. It includes features of a cargo ship and an undulating roof inspired by banyan trees. /ee