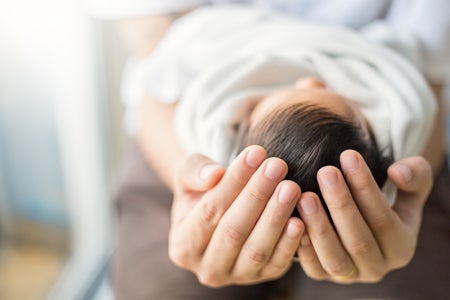 A debt-laden husband, who abandoned his family, returned home after his wife offered their triplet sons up for adoption on a live-streaming social media platform.

The husband, identified only with the surname Zhao, went back to his family in Anhui province, China, after his wife’s video went viral and was covered by local media, as reported by Thehour.cn via South China Morning Post yesterday, Nov. 5. His wife, surnamed Li, upon his return said, “at least this family is like a family.”

Li’s decision to give her children up for adoption came when she realized she could no longer afford to feed her sons. “Watching you all sleep soundly is making me cry, I feel so bad that I have to separate you [the triplets],” she wrote on her now-deleted TikTok account.

She and Zhao tied the knot in 2013, the report said. She fell pregnant last year and discovered at the same time that her husband racked up a staggering $14,000 (around P743,000) gambling debt. Zhao had also apparently stopped working.

Her husband left her in August this year and Li was forced to move to a house near her aunt’s. She was given money to buy extra milk powder by her aunt but her sons finished a can in four days.

Li revealed she could not ask for help from her in-laws. Despite owning four houses, they did not want to give her money because they have already been taking care of Zhao’s son from an earlier marriage.

Social media users sent Li baby clothes, diapers and toys after her post went viral. They had also advised her to keep her children. Kate Matriano/JB