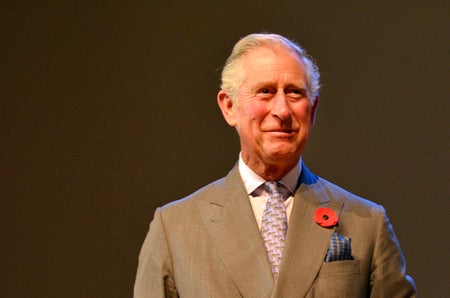 Being a member of the British royal family comes with several privileges, but just as any responsible parent, Prince Charles knew the importance of instilling a sense of duty to his children.

Vacations in scenic locations around the world were available to Princes William and Harry, but during a holiday with their father, they were given a certain task.

The Dukes of Cambridge and Sussex spoke fondly of their father to celebrate his 70th birthday in the TV documentary “Prince, Son And Heir: Charles At 70”, reported The Telegraph on Sunday, Nov. 4. The 60-minute program is set to premiere in BBC One on Thursday, Nov. 8.

One anecdote the brothers shared was how their father got them to care for the environment even at a young age.

Back when they were schoolboys, William and Harry went on a vacation with their dad to the English county Norfolk where they went litter-picking.

“We thought this is perfectly normal, everyone must do it. We were there [in Norfolk] with our spikes stabbing the rubbish into black plastic bags,” recalled William.

This good habit carried on, but at a cost — Harry would be teased by friends when he would collect trash at random.

“I didn’t go out consciously looking for it. If you go for a walk somewhere and see something and it stands out, you pick it up,” recounted Harry. “You realize, I’ve literally done this because I am programmed to do it because my father did it and actually we should all be doing it.”

They also praised him for how they were raised. Harry said, “He’s done an amazing job. Without telling us what we should be doing or the direction we should go in, he’s just let us learn from the nature of the job, learn from him, learn from mommy.”

Prince Charles, heir to the throne, has advocated for the environment for over 40 years. He has even introduced renewable energy to his own office and residence by using solar panels, air-source heat pumps, “green” electricity and wood chip boilers, according to his official website.

But the prince has also been criticized for his carbon footprint, given that he constantly travels by plane. Of this, his son William said, “Until someone comes up with an electric plane, it’s impossible to get around the world without using a plane that’s there.” Niña V. Guno/JB

Britain’s Prince Charles steps up as Queen steps back