A home for new and struggling artists | Inquirer Lifestyle 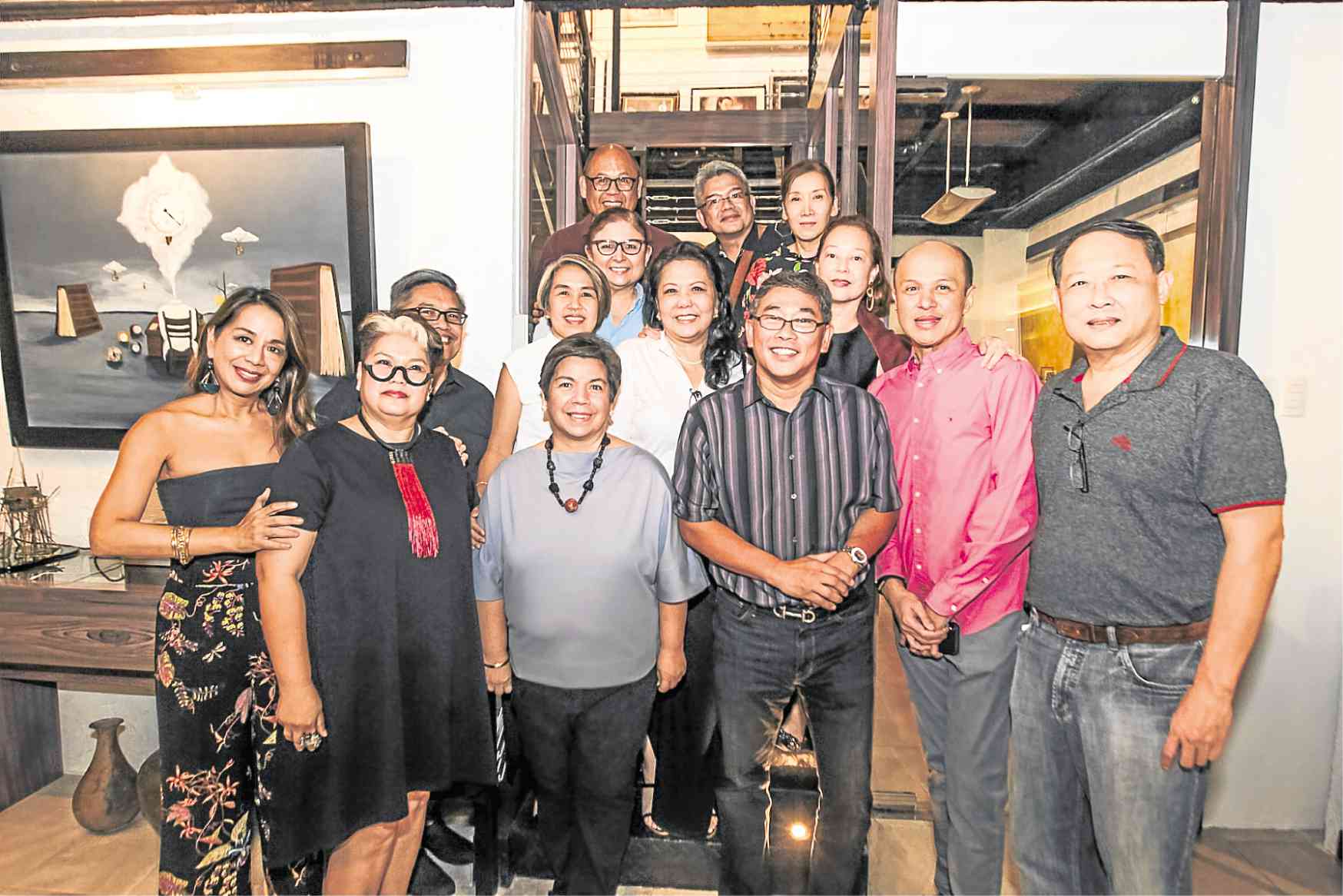 A home for new and struggling artists

An art gallery called Walls Gallery recently opened on the ground floor of Triumph Square, 1618 Quezon Avenue in Quezon City. Members of the local art community were present at the event, as well as friends and classmates of the owner, Gigi Phua-Lim.

“Walls Gallery has gone through a long evolution,” Phua-Lim said. “We started when my son and I were trying to help artists. We just kept buying pieces, to help them out. Our collection eventually grew so big, that one day, we discovered there was no more space in the house to store them.”

It was at this point that she decided to put the pieces in the storage room of Triumph Building. In 2005, a friend contacted her, asking for her help to raise funds for the foundation of their teacher and friend, writer Doreen Fernandez.

She then had the idea for a silent auction to raise the funds. The project was launched in Sept. 15, 2005 at the Triumph Building.
“An art critic and writer, Jane Stangle, came to the space. She asked us the name of the gallery,” Phua-Lim said. “For lack of imagination, I looked around me and promptly answered, ‘Walls Gallery.’

“In essence, we really started as a hole in the wall, really a hole. Now we moved here, to our new space, to a bigger hole.”

She explained how Walls evolved since its inception, from an art warehouse in 2005, into an actual selling gallery in 2013.

“Before 2013, visitors just came to the gallery, perused the collection and then had coffee and discussed art. Later on, we were approached by artists, inquiring if we would allow exhibits for those who could not find places in mainstream galleries. My son and I thought that it was a great idea to support this movement,” she said. “Our first exhibit was by Fernando Seña and Paul Dimalanta. Other smaller exhibits followed, most by students of Mr. Sena, his art group, children artists and the like.”

In 2014, Walls Gallery started to reproduce artwork on fashion and home accessories, with the permission and the support of the artists.
“It was a novel way to promote their work,” she said.

Images were placed on wallets, bags, even passport holders. At the gallery opening we found tote bags, gym bags and other accessories. “The landmark of our market acceptance has been the Apec Summit Bazaar at the World Trade Center in Manila in November 2015.”

In 2016, Walls Gallery was invited to represent the Philippines in Winnipeg, Canada, and in 2017, debuted in print in Victoria Mascetta’s book, “The Philippine Best.”

There was also Salvador “Buddy” Cabrera Jr., whose uncle, National Artist Benedicto “Bencab” Cabrera, is known by all.

On show were the art of Wilfredo Calderon, a watercolor artist, filmmaker, and landscaping executive. Also present were Gene Tonic, who creates mysterious, abstract works, and Wanda Totanes, a true prodigy at 16.

Jojo Garcia is a visual artist who plays with pop culture, painting everyday objects like sneakers, guitars and jeepneys. Erwin Sabio is an Ilonggo artist, and depicts cities and still-life subjects using watercolor.

Lawton Ladao is a Bulakeño artist and is called an “illustrator of memories” by his peers and admirers in the field.

Marigene Flores-Garcia attended the event in clothing printed with an image from one her own creations.

Rodney James de Guzman is a painter from Laguna, and plays with acrylic and oil on canvas for landscapes and portraits. Raeche Dacanay paints images of children playing. Her masterful strokes give her paintings an animated quality.

Joemarie Sanclaria-Chua’s paintings of rural Filipino life have a nostalgic, serene aesthetic, while Erasmos Talusig’s abstract paintings twist the mind and disturb the senses—in a good way, to be sure. –CONTRIBUTED