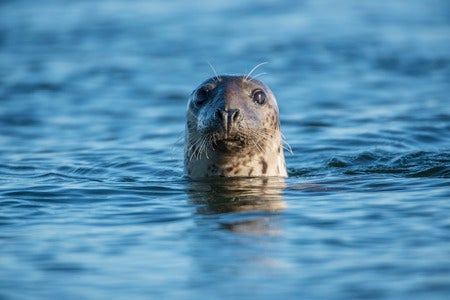 A man in Scotland was rescued from a cliff after fleeing a group of aggressive seals.

The unidentified man said he was walking at a beach in Green Stane, near Eyemouth, when he encountered around 50 seals and their pups, the United Kingdom’s Maritime and Coastguard Agency said on Monday, Nov. 5.

Upon seeing the man, the seals became agitated. He then climbed up a cliff but realized he got stuck.

He was rescued by coastguard teams after he called them. They quickly found him, and lowered a coastguard member to get him; he was next moved to a lifeboat waiting below.

Senior coastguard operations officer Jonathan Mustard advised people “to move away at the first sign of agitation” from the seals.

“Aggressive seals are not a common occurrence, and in this case, they may have been protecting or defending their natural habitat and their young,” he said.

The man did not sustain injuries but was treated from minor cold exposure. JB

LOOK: Plump seal at Osaka aquarium may steal your heart