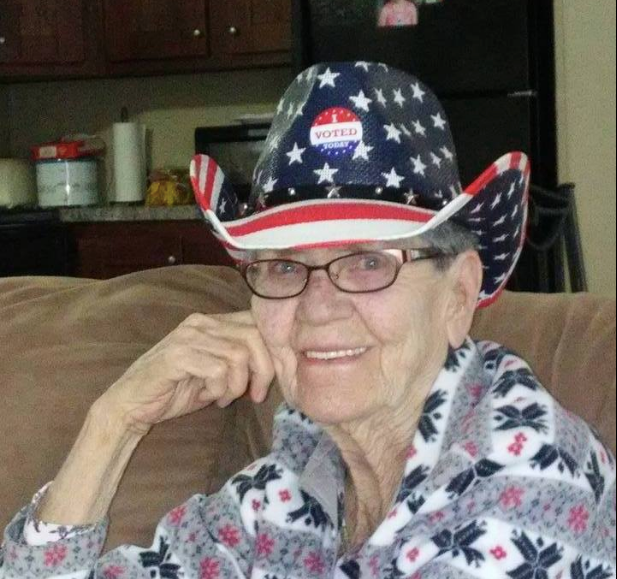 82-year-old grandmother votes for the first time in US, dies days later

An 82-year-old woman in Texas, United States got to vote for the first time in her life for the midterm elections — she then died days later.

Texas native Gracie Moffitt Philipps looked happy to have exercised her right to vote, as shown in a Facebook post on Thursday, Nov. 1. She was seen smiling while holding an “I Voted Today” pin.

Philipps narrated her love story: that of a 17-year-old boy and a 15-year-old girl who fell in love and got married in 1951. The couple had seven children and a full life, but “no voting.”

“Dad said no, he thought we would get called up for jury duty and other official duties taking away from our work week,” she revealed. She also shared that her husband died eleven years ago.

Now at the prime of her age, Philipps registered to vote on this “very important” year for the U.S. elections. “One vote can make a difference,” she said.

“She thinks that everybody has a voice and their political opinions should be heard,” Moore told Time in an interview released Tuesday, Nov. 6, the day of the U.S. midterm elections.

While Philipps thought that voting was important, Moore shared that she often disagreed with her grandmother’s political views. Nevertheless, the old lady was open to discussions.

Moore described Philipps as a “great role model and a wonderful person.”

I Have learned from my Grannie how important voting is and that there is no excuse not to do so. I have Voted….have you? #becauseofgrannie

And it appears that Philipps imparted an important lesson to her granddaughter, as Moore wrote on Facebook: “I Have learned from my Grannie how important voting is and that there is no excuse not to do so. I have Voted….have you?” Katrina Hallare/JB