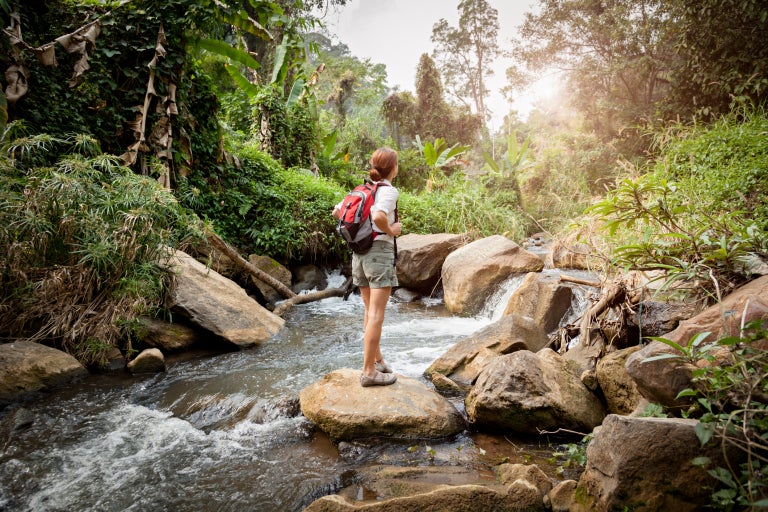 A new travel trends report predicts that the countertrend of JOMO, or Joy of Missing Out, will become particularly popular in Asia, where consumers are hyperconnected.

As it happens with many social phenomena, the pendulum has swung back from FOMO (Fear of Missing Out), birthing a new digital wellbeing trend dubbed JOMO, which prescribes disconnecting and being present in the moment.

In a new report from market research group Euromonitor International, analysts predict that this trend will become increasingly important in countries like China and South Korea, global frontrunners in digital connectivity.

For example, more consumers in Asia agreed with the statement “[u]sing the internet adds a great deal to my daily stress levels” in a Euromonitor survey, compared to respondents in the Americas and Europe.

The findings were presented at World Travel Market London, a major travel trade fair taking place in London this week.

Earlier this fall, researchers on Google’s Android team published a report looking at the JOMO phenomenon as well, and found that most participants in their small study (data was sourced from China, Japan, Singapore, Sweden, and the United States) were more likely to disconnect when it was short-term and voluntary, like during a vacation.

Does the concept of JOMO travel sound enticing? The Euromonitor trends report also points to the emergence of JOMO-friendly travel outfits like bespoke travel company Black Tomato, which helps travelers disconnect from their everyday lives by dropping them off in remote, secret locations and challenging them to find their way back to civilization sans wifi, the equivalent of a travel blindfold. JB