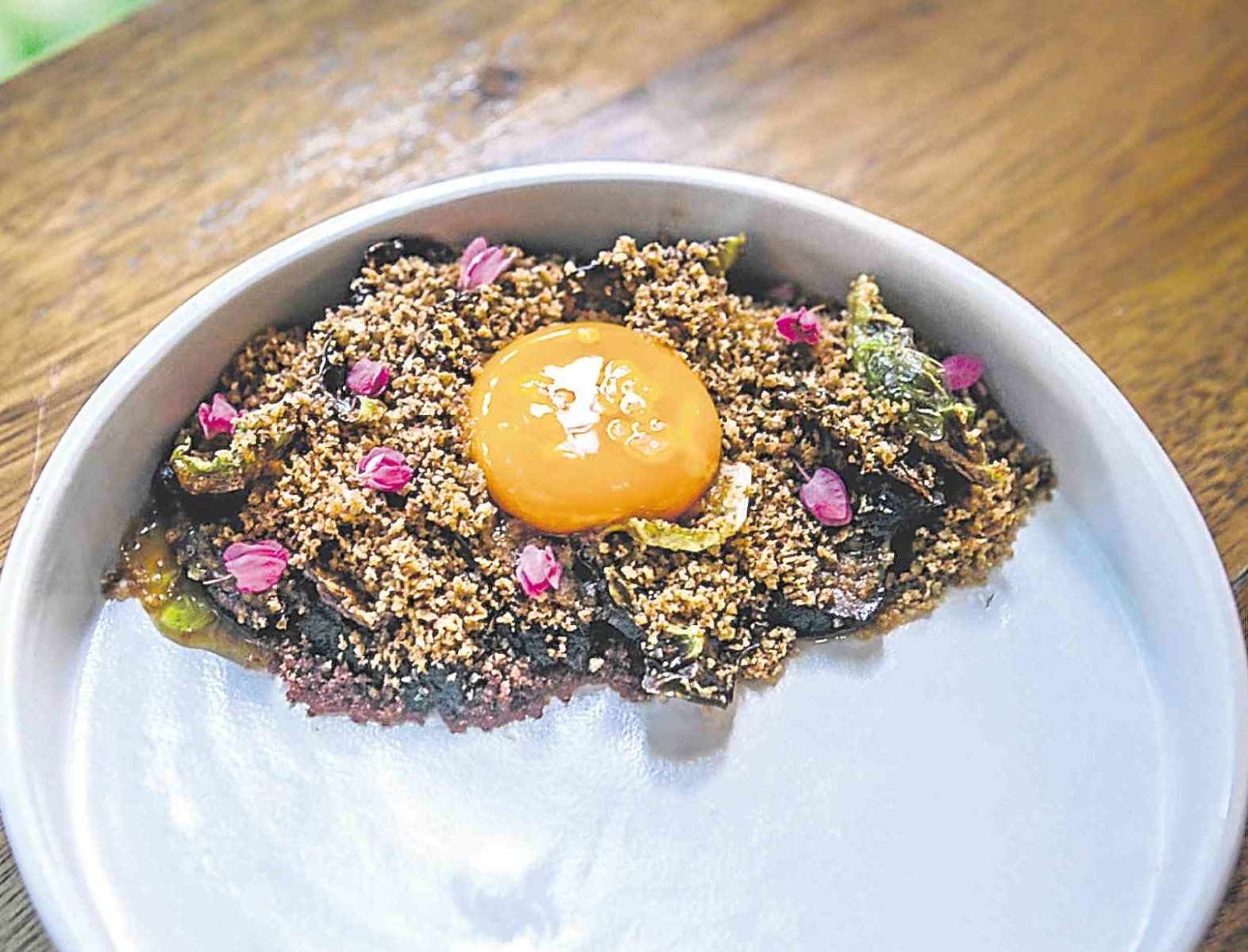 In the congested and highly competitive restaurant scene, to stay open for a year is already an accomplishment. Four years is an impressive feat, a cause for celebration.

That’s what young restaurateurs Gab Bustos and Thea de Rivera did on Oct. 20, when 12/10, their restaurant on Guijo Street, Makati, turned four.

The couple said the journey wasn’t smooth sailing, even if they had a successful venture before 12/10.

“The Girl + The Bull is where everything started for us,” said De Rivera. “It’s where we learned to be chefs, servers and entrepreneurs. And while it was good practice for us, we knew there was much more to learn and experience. We had to do a lot of tweaking and improvement until we were confident about our product, our voice and our experience.”

Bustos added: “The difference in location alone presented new challenges and experiences that we had to adapt to.”

Though operating two outlets was lucrative, investing enough time and effort in both proved to be unhealthy and impractical.

Bustos found himself bussing dishes rather than cooking in the kitchen, while De Rivera was going from one place to another so that she lost any chance to be with the team during service and connecting with guests.

They had to let go of their first restaurant to direct all their attention to 12/10.

“It was one of the most disheartening business decisions we ever made,” said De Rivera. “But the whole process definitely strengthened our knees as leaders, businessmen, a couple—everything, a millionfold.”

When The Girl + The Bull closed in October 2017, Bustos and De Rivera were finally able to devote more time to 12/10 and, well, sweat the small stuff.

“We owe our success to a lot of things, but also just one thing—it’s all in the details,” said Bustos. “Never compromise anything. Always be of service to the guest, and do it the best way possible. Treat everything with quality and care… It’s easy to be sidetracked by seeing what other establishments are doing, but we have to stay true to who we are and what 12/10 really is.”

Bustos spent days in Europe right after closing The Girl + The Bull to find inspiration and get his cooking motor back up and running.

The trip reminded him how he found comfort in classic European cuisine, his style at the start: “We know we best express ourselves through Japanese cuisine, ingredients and techniques, but the reality is, I cook nothing like a Japanese.”

Embracing this, as well as recognizing his Spanish roots, has resulted in a new menu, which showcases Bustos as chef and artist, as well as where they are today as a team and where they see themselves in the future.

“Now, our focus is on 12/10, and while it’s continuously developing, we’re in a place where we’re more confident and excited to express ourselves,” he said.

Still following the format of a Japanese izakaya, 12/10’s new menu is inspired and inspiring.

There’s octopus croquettes with gorgonzola and katsuobushi, which is reminiscent of both Japanese takoyaki and Spanish croquetas.

A particular vegetable dish—cauliflower roasted in butter, served with a sauce made from red peppers, and topped with cauliflower shavings dressed in yuzu and sorrel—makes a good case for meat-free dishes that are tasty and comforting.

Bustos’ flair in combining flavors shows in the whole menu, but more evidently in his chicken dish, which marries butter-cooked thigh fillets in a pool of smoked paprika, black garlic purée, ponzu jus and chili oil. This is topped with crispy golden skin and fried onion root hay.

His mackerel that has been marinated in tosazu, torched with purslane leaves and stems, then dressed in a jam made from shishito peppers and pomelo, and topped with more fresh pomelo, is imposing yet delicate in flavor.

While 12/10 is known for its faux Twix dessert, Bustos’ interpretation of the popular candy bar, the sweet corn ice cream on a bed of corn kernels, pecorino and rye panko crumbs, is gaining popularity.

De Rivera pointed out: “Yes, 12/10 is our anniversary. That said, we still see it as a reflection of where we are in the industry today—an outlet to show what our whole team is capable of.

“We’ve realized that we actually have a voice in this challenging industry. And this is why we think that 12/10 is about doing things 12 over 10… offering the best and freshest ideas that our team can deliver.” —CONTRIBUTED