Parents in US concerned about too much sex, nudity in PG-13 films — survey | Inquirer Lifestyle ❮ ❯ 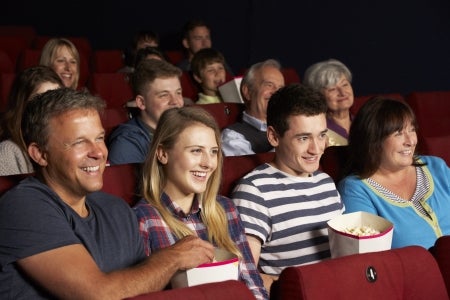 Parents in US concerned about too much sex, nudity in PG-13 films — survey

The Motion Picture Association of America (MPAA) recently released its 50th Anniversary Report to commemorate the group’s five decades-long credibility and acceptance among audiences, which included a survey over what parents in the United States are concerned about when it comes to movies being shown to their young children.

The report, which was unveiled just this November, saw the association survey over 1,559 parents of children between the ages of 7 and 16. The survey was conducted by Nielsen on behalf of MPAA and showed the specific film elements the parents are most concerned about.

Rating chair Joan Graves noted in the anniversary report that board members ask themselves before every screening, “What would I want to know before letting my child watch this film?” so it seemed only apt to directly reach out to parents, as their sentiments are paramount to the association.

As the survey revealed, the film element parents were most concerned about was graphic sex scenes, which topped the list at 79 percent. This is followed by full male nudity (69 percent), use of hard drugs (67 percent), full female nudity, (67 percent), graphic violence (60 percent) and use of the F-word (56 percent).

Toilet humor, cartoon violence and action/fantasy violence, meanwhile, are found at the bottom of the list.

Half of the parents surveyed believe that the F-word as well as graphic sex scenes appear “too often” in films rated PG-13. It was an interesting finding as it reinforces the parents’ level of concern towards such content, despite the F-word being seldom present in PG-13 films. Graphic sex scenes, on the other hand, are never present in the said film rating.

Meanwhile, “strong sexual content” was mentioned the most as being too prevalent when R-rated films are concerned. JB

Arnold Clavio on Karen Davila’s lament over ‘who’s next after Rappler’ joke: ‘Solidarity and courage’ is the message