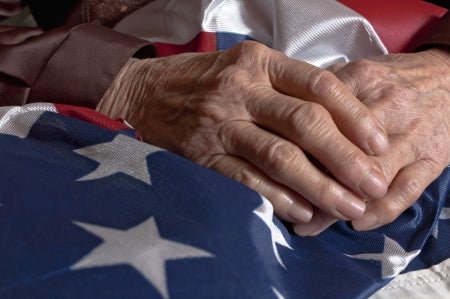 A 106-year-old woman from El Salvador, who had long wanted to vote, was finally granted citizenship in the United States on Election Day.

Maria Valles Vda De Bonilla, who migrated to the U.S. when she was 90 years old, took her citizenship oath in the U.S. Citizenship and Immigration Services office in Fairfax County, Virginia on Tuesday, Nov. 6, as reported by the Washington Post on the same day.

Despite not being able to vote on the recent midterm elections, Bonilla was hoping that by God’s grace, she will be able to next elections.

“I am so happy, there are no words,” Bonilla said in the report.

Bonilla, in her 106 years of existence, never had the chance to vote. She was born on March 22, 1912, in rural El Salvador at a time where women were not allowed to elect officials.

When women were finally allowed to exercise their right to vote in 1939, the then 27-year-old Bonilla was once again not given the opportunity to vote because the polling location was too far from where she lived.

She later moved to the country’s capital, San Salvador, the report said. However, she was still unable to cast a ballot as it was too dangerous.

“You can’t just walk around, no way,” her granddaughter Diana Cortez was quoted as saying, adding that the criminal gang “MS-13 has taken over the country.”

Bonilla, at the age of 90 in 2002, moved to the U.S. to follow her children. Their decision to petition her citizenship came after Bonilla almost died of two heart attacks on the same day in April.

With her grandmother’s wish to be a citizen of the country she came to love in mind, Cortez filled out Bonilla’s citizenship form and asked for a medical waiver. The said waiver allows her grandmother to be naturalized without having to complete the civics and the language exam.

Her grandmother was immediately interviewed by immigration officials and her waiver was granted last week, the report stated. Due to Bonilla’s age and health condition, the immigration authorities decided she should take her citizenship oath as soon as possible.

Cortez noted that if there is one thing Bonilla absolutely loved about the U.S., it would be the taste of freedom her grandmother never experienced in El Salvador.

“She can walk around, go outside day or night, without any fear,” Cortez told the publication. “We can’t do that in El Salvador because of the crime.” Kate Matriano/JB

82-year-old grandmother votes for the first time in US, dies days later

Your nation needs you–register and vote