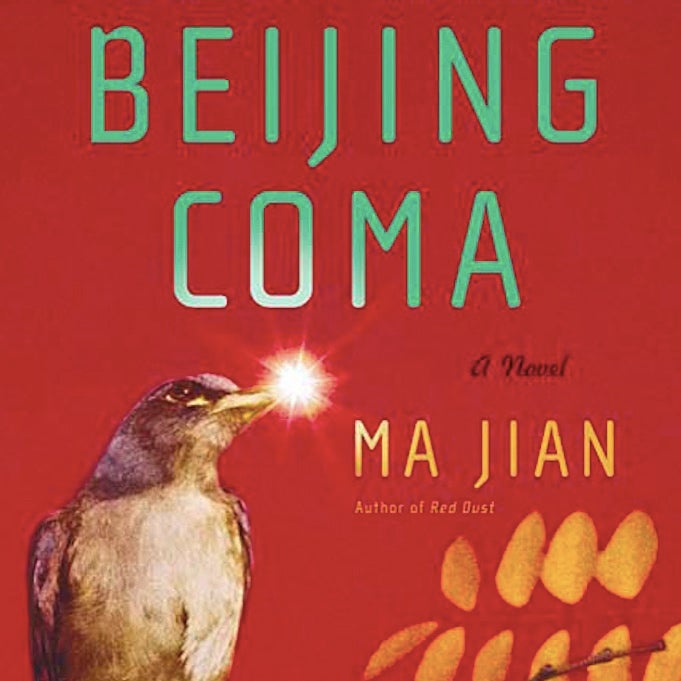 Ma Jian, who now lives in London, writes dark and satirical works depicting life in China and his books are banned on the mainland. Image: AFP

Rights group Amnesty International said it was more evidence that freedom of expression in Hong Kong was “under attack”.

Ma, who now lives in London, writes dark and satirical works depicting life in China and his books are banned on the mainland.

He was due to promote his latest novel “China Dream” later this week, a title that plays on Chinese President Xi Jinping’s rhetoric of national rejuvenation and is described by publisher Penguin as “a biting satire of totalitarianism”.

The author announced on Twitter that his two speaking events had been cancelled by Tai Kwun arts center, where the festival is held, not by festival organizers who he said were trying to find another venue.

“An alternative venue will have to be found. No reason has been given to me yet,” he said in his tweet.

Tai Kwun is the result of a multi-million-dollar renovation of a colonial-era prison and police station, led by the government and the Hong Kong Jockey Club.

Hong Kong International Literary Festival confirmed that it had been asked by Tai Kwun to change the venue for two events.

“We aren’t speculating on the reasons for the move and instead focus on our mission of ensuring our authors are all heard,” festival director Phillipa Milne said in a statement.

Tai Kwun did not respond to a request for comment.

“There is a clear pattern in which those who peacefully discuss politically sensitive ideas, or even provide platforms to debate such issues, are increasingly coming under pressure,” said Amnesty’s China researcher Patrick Poon.

Hong Kong has rights unseen on the mainland, protected by an agreement made before the city was handed back to China by Britain in 1997, but there are fears they are being steadily eroded.

A highly anticipated art show by Chinese political cartoonist Badiucao was cancelled last week with Hong Kong organizers citing safety concerns due to “threats made by Chinese authorities relating to the artist”.

Hong Kong authorities also faced a major backlash when they denied a visa without explanation last month to a Financial Times journalist who had chaired a press club talk by a Hong Kong independence activist.

The city’s publishing sector has taken a hit since five booksellers known for printing gossipy titles about China’s leaders disappeared in 2015 and resurfaced in custody on the mainland.

Since then some of Hong Kong’s bookshops selling works banned in China have closed and chain stores have removed them from their shelves.

Beijing’s liaison office in Hong Kong has indirect ownership of a local publishing conglomerate that runs more than half the bookshops in the city, according to local media.

Ma Jian said on Twitter last week that for the first time he had been unable to find a Hong Kong publisher for the Chinese language version of his new book.

In neighboring Macau, also a semi-autonomous part of China, three writers including bestselling “Wild Swans” author Jung Chang — who has been highly critical of China’s political system — stayed away from the city’s literary festival in March after authorities there said they were likely to be barred.