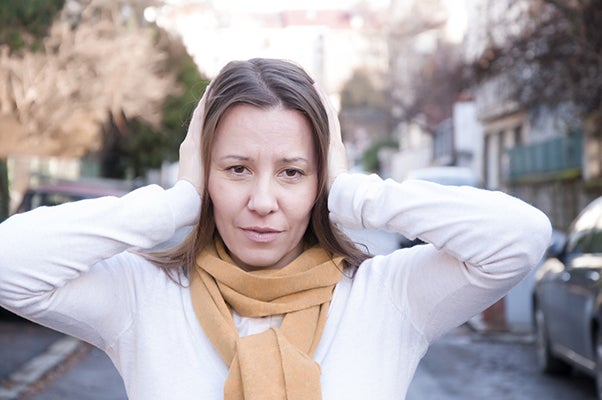 New preliminary research due to be presented at the American Heart Association’s Scientific Sessions 2018 suggests that chronic exposure to high levels of noise may increase the risk of heart attack and stroke.

The study by researchers at the Massachusetts General Hospital in Boston, United States looked at 499 participants, with an average age of 56, who were all free of cardiovascular illness and cancer at the start of the study.

Participants underwent positron emission tomography (PET) and computed tomography (CT) scan imaging of their brains and blood vessels, which the researchers used to assess the activity of the amygdala, an area of the brain involved in stress regulation and emotional responses, among other functions.

To assess cardiovascular risk the team looked at data from the participants’ medical records, while participants’ home addresses and noise level estimates from the Department of Transportation’s Aviation and Highway Noise Map were used to estimate their exposure to noise.

The results showed that participants with the highest levels of chronic noise exposure, such as noise from highways and airports, had more than a three-fold risk of suffering a heart attack, a stroke or other major cardiovascular event, compared with people who had lower levels of noise exposure.

The risk remained even after other factors known to increase cardiovascular risk, including air pollution, high cholesterol, smoking and diabetes, were taken into account.

Those with the highest levels of noise exposure also had higher levels of amygdalar activity, which promotes blood vessel inflammation, a well-known risk factor for cardiovascular disease.

“A growing body of research reveals an association between ambient noise and cardiovascular disease, but the physiological mechanisms behind it have remained unclear,” said study author Azar Radfar, MD. “We believe our findings offer an important insight into the biology behind this phenomenon.”

As this is a preliminary study, the authors noted that more research is needed. In the meantime, Radfar said, “Patients and their physicians should consider chronic noise exposure when assessing cardiovascular risk and may wish to take steps to minimize or mitigate such chronic exposure.”

A recent study led by Imperial College London which looked at more than 144,000 participants also found that exposure to excessive traffic noise is linked to a higher risk of heart disease. Meanwhile, researchers at the Mainz University Medical Center, Germany, found that participants who were more annoyed by noise such as road, rail, aircraft and neighborhood noise were more likely to suffer from the heart flutter atrial fibrillation and more likely to experience depression.

Exposure to excess noise has also been linked to hearing loss and male infertility.