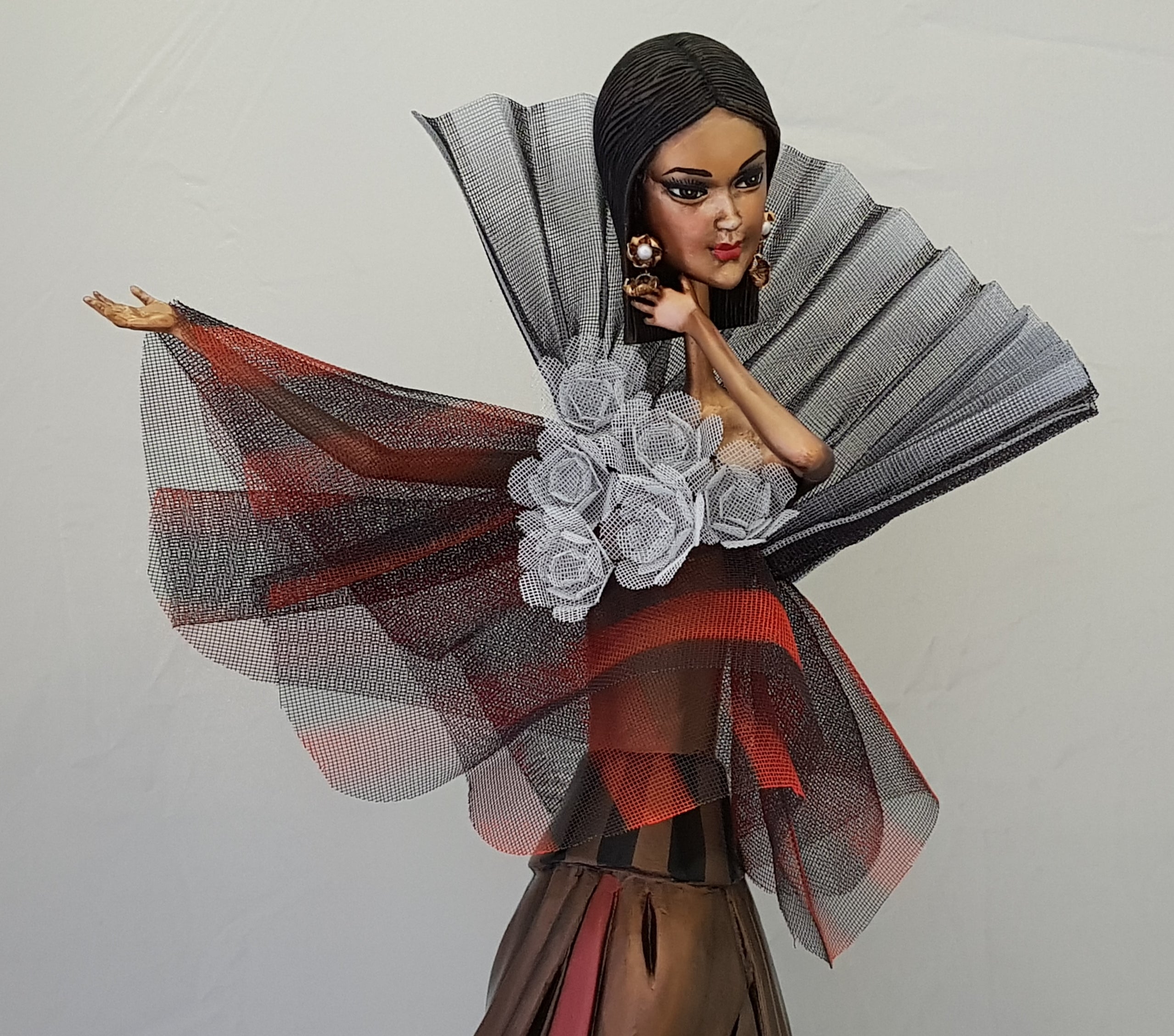 In the past five years, retailers have been collaborating with designers to maintain a high profile for their brands. Freshness and surprise can provide ammunition in the battle of news feeds vying for people’s attention.

A pioneer in the use of indigenous fabrics in modern fashion, Ditta Sandico celebrates her three decades in the industry today with a collaboration with Hoseki Jewelry, led by founder Fai Co, and artist-sculptor Dominic Rubio.

Sandico made her mark by creating wraps and skirts using banaca (a combination of banana and abaca fibers). These wraps flatter a woman’s body and are merely held up by strings and knotted artfully.

Today Sandico presents “Ditta Illuminata show” in the ballroom of Shangri-La at The Fort, featuring her classic wraps, presented in novel ways of layering, tying, twirling, twisting and knotting.

“I wanted to show how you can create a new look. The wraps are easier to wear and you can add embellishment and make a statement. The banaca is unique to us. I haven’t seen this fabric in any part of the world,” she said.

Sandico explained that she interpreted the title “Illuminata” or enlightenment by showing a color palette from dark to light-black, red and white.

“It symbolizes how we have gone through difficulties and finally see hope,” she said.

“I wanted to express that my work is not just about clothes, but also our connection with the light. The music, lighting and production design aim to show this transformation.”

The show has a Filipiniana theme, starting with Sandico’s use of indigenous fabric.

Artist Rubio, who was born in the woodcarving town of Paete, Laguna, became famous for paintings depicting Filipinos in 19th century costumes.

For this collaboration, he returned to his roots as a sculptor and carved three-ft-tall mannequins wearing clothes inspired by Sandico’s wraps.

To guarantee a longer lifespan, Hoseki copied the faces and upper body into molds and poured metal.

Hence, the upper part is made of metal while the lower wooden body has been handcarved by Rubio.

These mannequins are on exhibit this weekend at Gallerie Joaquin at the podium of Shangri-La at the Fort.

To accessorize Sandico’s wraps, Hoseki jewelry revived its Maharlika line, a collection inspired by excavated pre-colonial jewelry. It also presented its Filipiniana line which consisted of flowers made from pearls and ivory, made from Brazilian nuts, said designer Fai Co.

Rubio also designed brooches rendered by Hoseki. They consisted of his popular long-necked faces of the 19th century binibini and illustrado, done in wood, silver and gold.

The jewelry pieces are on exhibit this weekend at the Hoseki store at the Shangri-La at the Fort.
Sandico’s new collection can be viewed at https://dittachannel.com/.

All told, the collaboration wasn’t just about a singular designer, but a new way of telling a Filipiniana story.