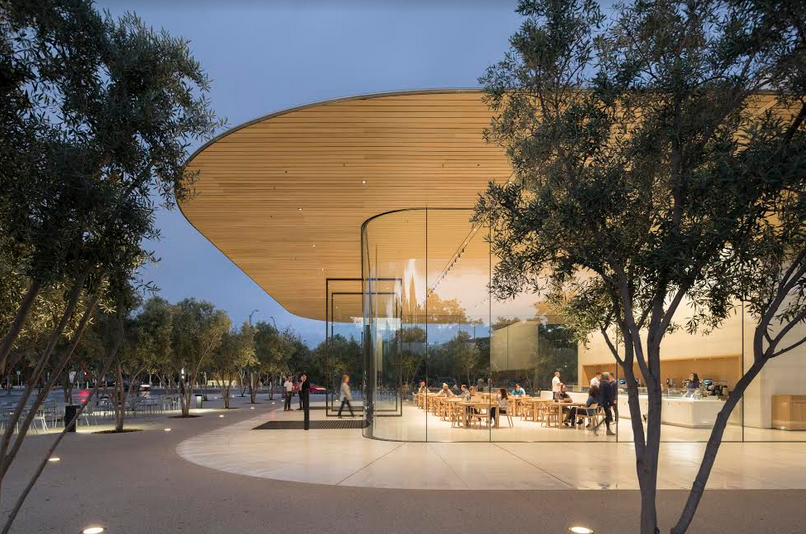 MANILA, Philippines – In the 21 st century, technology’s integration into our lives is nothing new. Every step we take in a day has some sort of modern touch to it – from smartphones that allow us to do practically everything with a few swipes, to the wi-fi signals that help keep us connected to the rest of the world. Various industries have adapted to these changes, including architecture and design, as several methods have been developed to keep up with modern needs, like 3D modelling, integration of renewable energy, and use of green practices.

These advancements have led to changing city skylines and landscapes that start to redefine the personalities of the place and the people that live in it. One of such pioneer of modern architecture, British-born Norman Foster has been looking to change landscapes for over 50 years. With work that can be found in six out of the seven continents in the world, Foster has developed a reputation not only for being one of the most prolific architects of his generation, but also for incorporating high-tech and green practices in his designs, two elements he believes are complementary. “Many of the green ideas that we explored in early projects are only now becoming a reality because of the new technologies at our disposal,” he says. With his company Foster + Partners, he and his team have worked on close to 400 projects all over the world, including the Gherkin in London, the HSBC Building in Hong Kong, and the Apple Headquarters in Silicon Valley. A firm advocate of the need for the industry to evolve, Foster believes that technology should be utilized and maximized in order to serve the people who will eventually inhabit a space.

Foster + Partners are finally bringing their expertise on hi-tech and green architecture to Philippine shores.

SMDC and Federal Land, two real estate giants, are collaborating with the world renowned design firm to design its first residential project in the Philippines along Ayala Avenue, adding a new jewel in the Makati skyline.

Filipinos can expect to see many of these design principles present in the maiden Foster + Partners building in the country.

For the Reichstag, the seat of German parliament in Berlin, Foster and his team’s first priority was to modernize the nineteenth-century building. He wanted to integrate the democratic process into his design, utilizing glass on the roof of the dome to not only let light in, but also to connote the transparency the government should give the public. The dome also featured an observation deck from which visitors can not only take in breath taking views of Berlin, but also look down into the chambers of parliament. “I was against the historic cupola, which was about the Kaiser,” he says. “I was for a democratic move, putting the people above the politicians.”

More than the aesthetic changes, Foster wanted to transform the building, “from an energy-guzzler, into a building so efficient that it is now a net provider of energy.” The glass dome allowed for more natural light to seep into the building, lowering dependency on electric lights. Biofuel generators were also added to make it run on renewable biodiesel, or refined vegetable oil from sunflower seeds. Stored in underground reservoirs, the Reichstag’s generators also recycles this energy, acting as a supplier for other nearby government buildings. Whereas before the renovation, the building could consume enough energy to power approximately 5000 homes annually, the changes brought about by Foster and his team resulted in a reduction in carbon dioxide emissions by 94%.

One of the most ambitious projects Foster + Partners took on was the construction of the Chek Lap Kok Airport, more commonly known as the Hong Kong International Airport. As there was virtually nowhere to build, the first task was to create or reclaim land, which led to the expansion of the Chek Lap Kok island by four times. As it is expected to host up to 80 million passengers annually by 2040, Foster + Partners’ main priority was to create a structure that made the experience for passengers comfortable, easy, joyful, and uplifting to the spirit.

The first element that the design needed to incorporate was the number of typhoons that would hit Hong Kong every year. In order to make sure the building withstood these, he designed a wishbone suspension joint for the walls of the roof, creating a triangular shape “inspired by a 1930s racing car.” Additionally, the roof is characterized by a lightweight canopy, and glass that allows for natural lighting throughout the building. This, coupled with its capacity to use air-conditioning residue in site irrigation, makes Chek Lap Kok one of the most energy efficient airports in the world.

Upon taking the project, Foster + Partners conducted a topographical study of the city, attempting to analyze the wind and rain patterns, temperatures, and rays of the sun. The team then incorporated the results of the study in the overall design of the building and in each residential unit.

Each unit is column-free and makes use of double slab technology, which will allow residents to customize the layout of their homes according to their personal preference. Moreover, the building will boast of sustainable and environmentally friendly features such as deep, horizontal fins which will allow natural ventilation and shade, a highly efficient AC and lighting system which will have at least 20 percent energy savings, and high- performance glass resulting to a well-insulated building envelope.