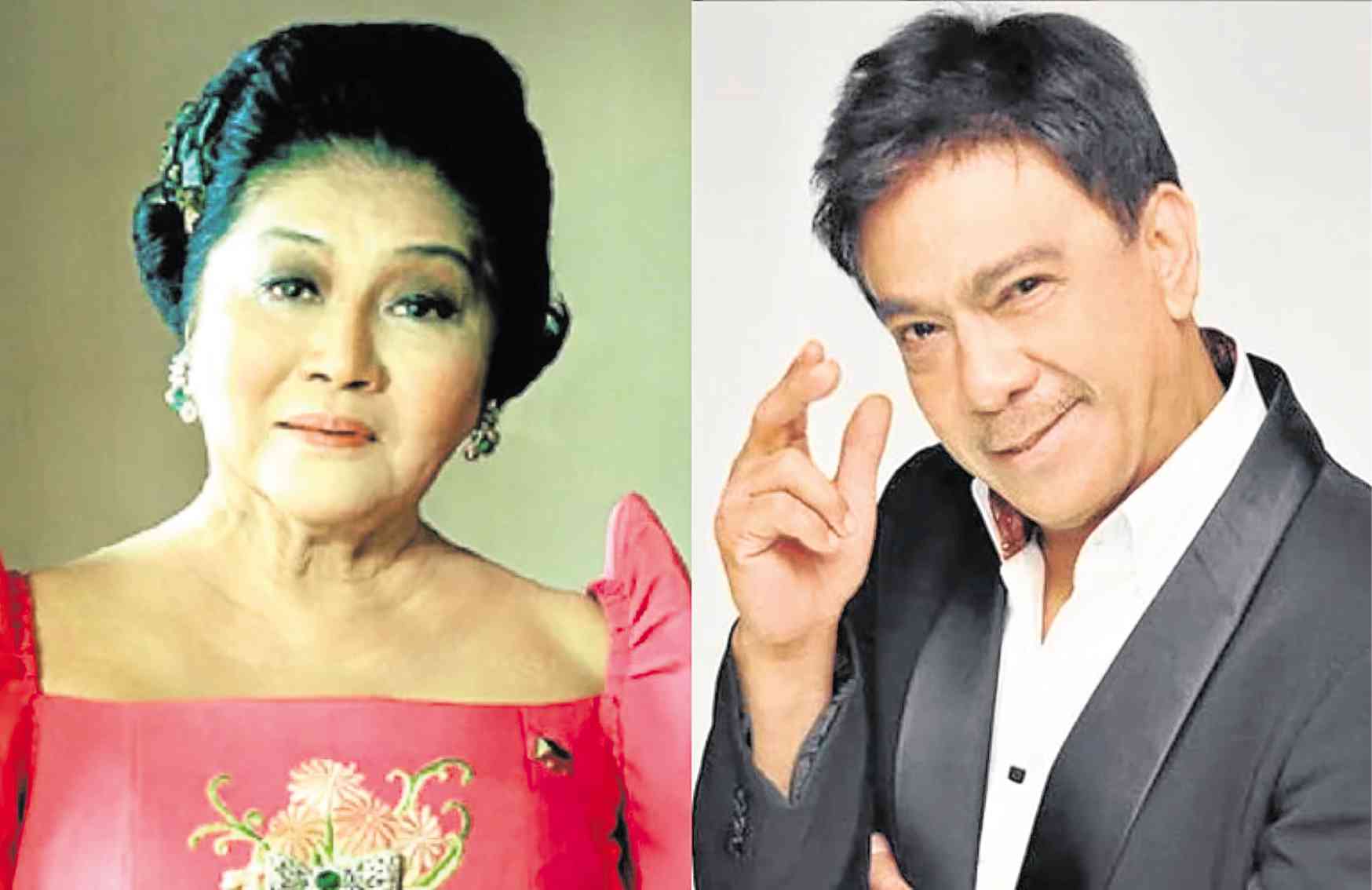 Imelda Marcos was a wedding sponsor of Rico J. Puno.

Your mantra for the week: “My peace of mind brings me my prosperity.”

Today, at the temple, we are celebrating 11-11-11, which, in numerology, is a reminder that the most important thing in life is to have peace. Eleven is considered a Master Number, which stands for the Cosmic Number of Peace.

In IAMISM, we believe that heaven is your mind at peace, which lends greater credence to what Jesus said: “The kingdom of heaven is at hand,” implying that when one is at peace with oneself and with others, truly, heaven is on earth.

That state of mind cannot be attained, unless we open our hearts and minds to forgiveness, which means not only forgiving others but also ourselves.

Only then can one truly be at peace. And the good news is, when one attains peace, prosperity in all its aspects comes to pass. We enjoy better health, a surplus in our material resources, our relationships are truly harmonious, and the doors of success open up for all our endeavors.

Today becomes our advance Thanksgiving this year—grateful for our realization that God is not only everywhere, but everywhere is God.

The dancer in Marge

Writer-dancer Marge Enriquez was still glowing despite her fractured toe just before her annual one-woman show this year, “Is There Another Way: Rebirth,” at the Power Mac Center Spotlight Theater. Notwithstanding the handicap, Malen Claravall of Claravall School of Dance was all praises, as Marge, in her performance, crawled out of her cocoon, feeling the earth and showering herself with red scraps of paper, symbolizing the negatives we carry in our minds and hearts.

In her dance, as she moved around in circles, she gathered stones, representing how we harden our inner feelings because of ego, and carry with us emotional baggage, forgetting our true purpose, which is to appreciate and savor life.

Congratulations are in order for Marge, who has proven that “there are shortcuts to happiness, and dancing is one of them.”

‘The Nutcracker’ at CCP

Be sure to catch Philippine Ballet Theatre’s production of “The Nutcracker” at the Cultural Center of the Philippines on Nov. 17 at 8 p.m.

If memory serves, the Tantoco family put up Stores Specialists Inc. (SSI) 30 years ago as an offshoot of the Ferragamo brand’s desire to go beyond Rustan’s Department Store and have a boutique of its own.

The matriarch, Gliceria Tantoco, had to ask her daughter, Nedy—who was co-managing Rustan’s at the time—to run SSI. Today, SSI carries over a hundred brands since going public in 2014.

Last Nov. 6, the ballroom of the Grand Hyatt at BGC was filled to the brim for the SSI Group’s 30th anniversary celebration, “#PassionForward.”

I would have hashtagged it #FashionForward, considering the hundreds of fashionable clients who were there in full force, crisscrossing four generations—from Ambassador Bienvenido Tantoco to his great-granddaughter Nikki Huang.

We had a chance to greet Danny and Baby Cruz-Vazquez; exchange pleasantries with cousin Margie Moran; sit with seldom seen close friends Robert and Helen Lim and William Tan sans Kathy, who flies back and forth to California to be with children Vanessa and Christian, who is middle-aisling with Michelle Lim in early January.

Tina Cuevas reminded us that her dinner for Sal Panelo has been moved to December. Likewise present was ABS-CBN president Carlo Katigbak, who serves as independent director of SSI.

It’s been said that passion is the driving force of the SSI Group, but beyond passion is taste. That is why SSI has become the leading luxury retailer in the Philippines.

Wherever in God my friend Rico J. Puno is, he must be smiling from ear to ear, because his last encounter with Imelda Marcos was when she attended one of his concerts. He welcomed her by announcing, “Madame is my wedding sponsor. She is a genius. Would you believe, until now she hasn’t been jailed?”

Too bad Rico didn’t live to see the antigraft court Sandiganbayan finally convicting Imelda on seven counts of graft, with a possible jail term of six to 11 years—for each case.

Imagine Rico dedicating to Imelda two of his OPM hits and singing them in his inimitable way, with an added chuckle: “Kapalaran” and “Sorry Na, Pwede Ba?”

Only in the Philippines

What’s wrong with this picture: The dictator Ferdinand Marcos at the Libingan ng Mga Bayani, and Imelda Marcos in jail at age 89.

Only in the Philippines!

E-mail the columnist: [email protected]; catch him live in his lectures on IAMISM every Sunday, 7 p.m., on his Facebook page.