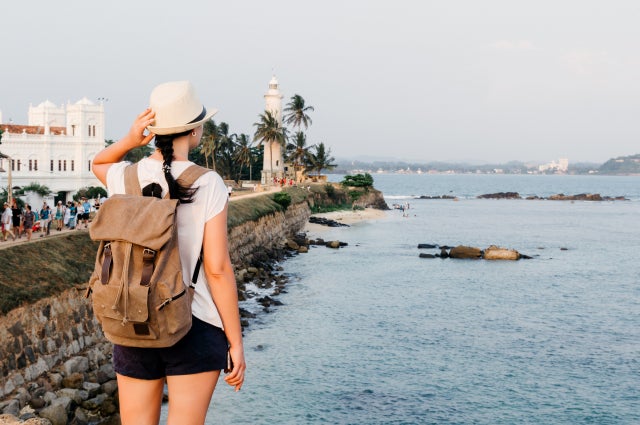 Sri Lanka does not allow visitors in revealing clothing -- including men in shorts -- to visit Buddhist temples and other religious sites, but beaches are generally more relaxed. Image: Naumenko Aleksandr / AFP

Pressure on girls for perfect body ‘worse than ever,’ says Orbach

HONG KONG, China — Girls and young women are under more pressure than ever to achieve the perfect body in an oppressive social media-driven world that could never have been imagined by 1970s feminists, says psychoanalyst and bestselling author Susie Orbach.

Forty years after the publication of her seminal book “Fat is a Feminist Issue”, the British writer — who was once Princess Diana’s therapist — said women were commodifying their bodies as they tried to conform to false images peddled by online beauty influencers.

Girls as young as six were being conditioned to think about cosmetic surgery, she added, with a host of industries fueling and profiting from body insecurity.

Faced with the reality of modern life, many women were turning inward, obsessed with diet and fitness or embracing being overweight as a sign of rebellion.

“It’s much, much worse than we ever envisioned,” Orbach told AFP on the sidelines of the Hong Kong International Literary Festival, where she was speaking about her new book “In Therapy: How Conversations with Psychotherapists Really Work.”

Orbach has recently been involved in a year-long international campaign to force Apple, Google and Amazon to remove cosmetic surgery apps targeting primary school-aged girls, in which cartoon-style characters can be modified with procedures such as liposuction.

“This is not just a problem related to girls and women, and it’s very, very profitable if you can destabilise people’s bodies,” she said.

“There are all kinds of industries both creating and feeding off these insecurities.”

Orbach, 72, said the inevitable outcome was the creation of a society where women would divert their energy and focus inward, rather than trying to change the world.

“We’re so self-focused now, we produce our bodies, rather than live from them. Your body is your product.”

She added: “If you just dropped in on any conversation, the amount of mental space that people take up with what they’re eating, what they’re not eating, their yoga routine, is expressive of the level of distress in our society.

“It’s not about contribution, it’s about how I manage this horror I’m personally living with.”

‘Rebellion’
Orbach has spoken about the liberation women felt from the late 1960s when they began to challenge beauty pageant objectification and rebel against body expectations.

But the pressures back then started later, not in childhood, she told AFP.

Reality television shows such as “Love Island”, where sculpted single men and women compete to couple up and win a cash prize, were both a symptom and a cause of pushing body image on impressionable young minds.

“Can you imagine all that human energy used for something else?” Orbach questioned.

And even while body insecurity had grown, waistlines had expanded, she said.

Orbach laid a portion of blame at the door of the food industry, noting that one obvious change in countries such as the UK in 2018 compared to 1978 was the proliferation of fast-food outlets.

But she said the obesity crisis had also been driven by the relentless demands of living up to an impossible ideal.

“As long as you’ve had one dominant image — of skinniness, of slimness, of beauty — that is everywhere, you’re going to have people in rebellion against that,” she said.

“Sometimes that rebellion is going to show in fatness.”

Brand culture
One of Orbach’s chief concerns is how the modern “gig economy” has created a world in which people are encouraged to market themselves.

“I think the rapaciousness of late capitalism is really a problem,” she said.

“We are seeing ourselves not just as consuming centers but brands. Young women are now being encouraged to see themselves as brands, and influencers.”

The dangers are even greater than in the decade after the publication of “Fat is a Feminist Issue”, when Margaret Thatcher and Ronald Reagan’s new macho political and economic era prompted a backlash against feminism, Orbach argued.

“It’s a very bizarre moment. I never expected this.” /ee