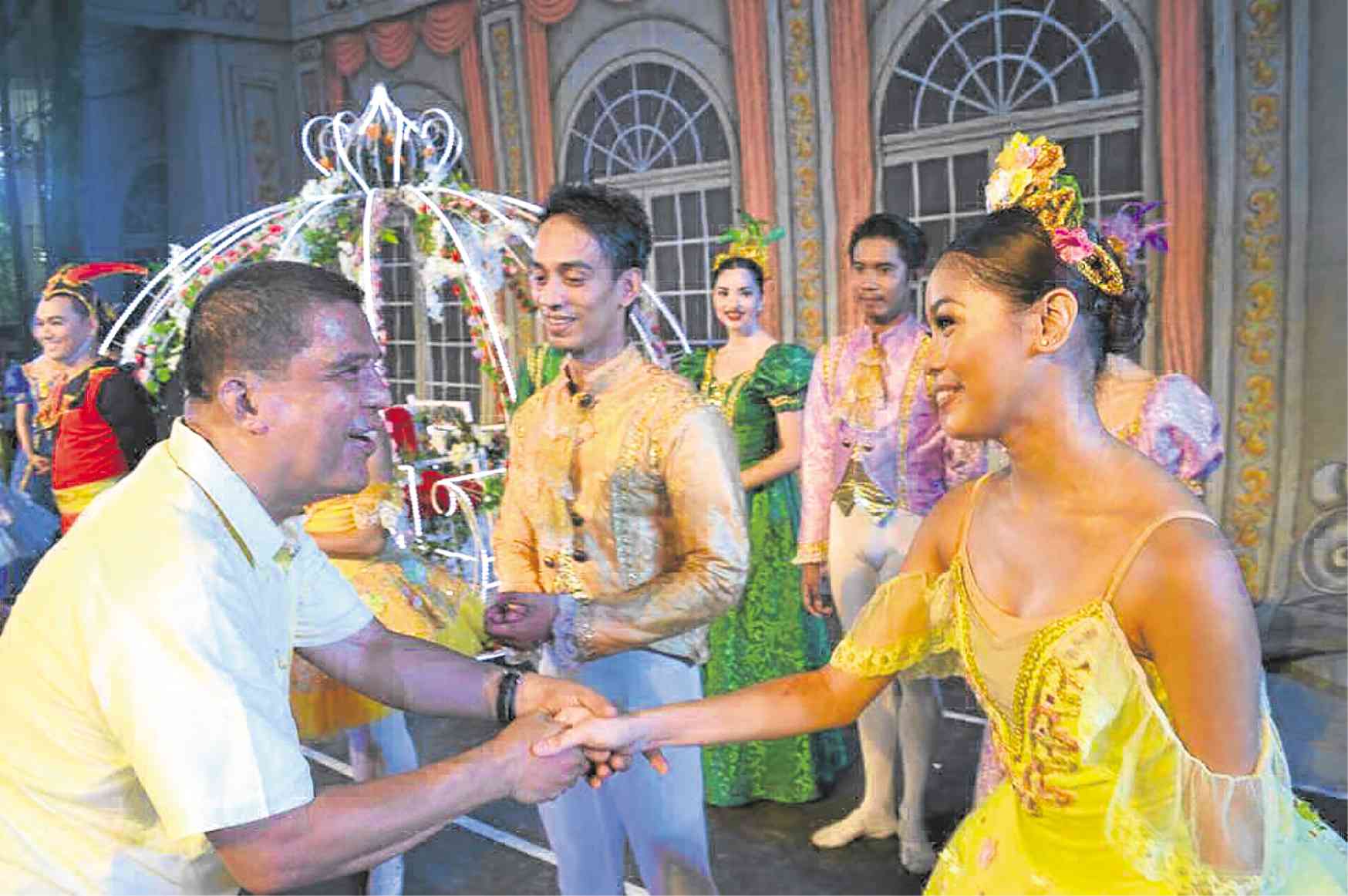 Science City of Muñoz Mayor Alvarez (left) congratulates dancers of Philippines Ballet Theater after an outreach concert in his hometown.

Mounted in the town gymnasium with teachers and students in attendance, Ron Jaynario’s two-hour “Cinderella” demanded much from the dancers who did the intricate variations and the much-awaited coda without the benefit of air conditioning and elaborate stage sets.

At one point of the ballet, backdrops were hoisted to simulate mansion and palace scenes.

Male dancers playing stepsisters were the showstoppers under their stepmother (Marvin Arizo). The Cinderella of Regine Magbitang and the Prince of Matthew Davo were finely danced and acted.

“This is a more true to life performance because they danced in a venue closer to the masses and without the benefit of elaborate theater facilities,” said PBT board member Gener Caringal.

Mayor Alvarez has been an untiring disciple of the arts for many years now. To this date, he is the only town executive capable of bringing the likes of Cecile Licad, Philippine Philharmonic Orchestra, Ballet Philippines, PBT and many others to his town.

This country will be better off electing town executives with the cultural savvy of Mayor Alvarez, who has a doctorate in agricultural studies but who makes the performing arts part of his efforts to improve the lot of his townmates. —CONTRIBUTED