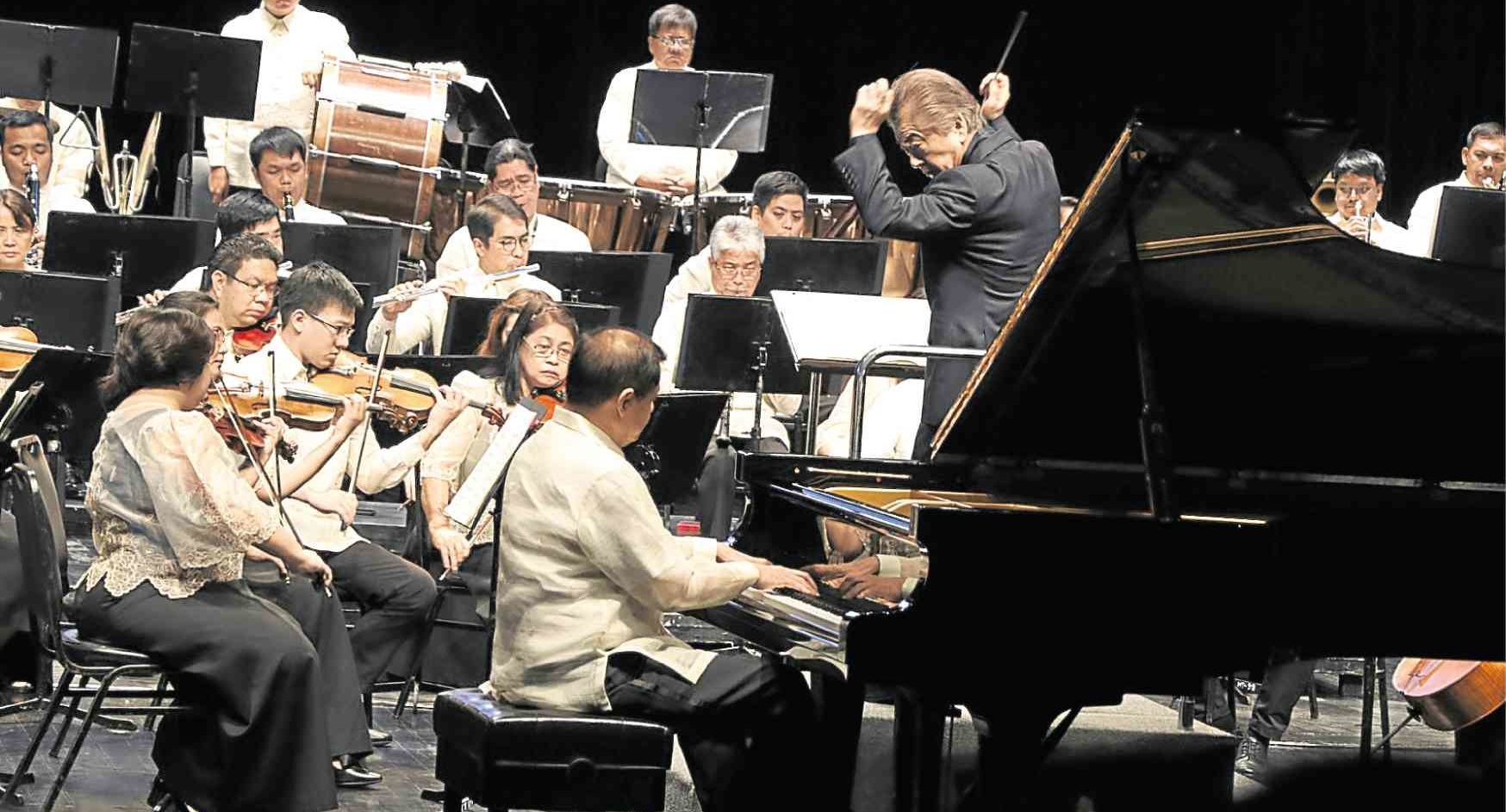 A commemorative tribute to the late Sen. Edgardo Angara was held recently at the Cultural Center of the Philippines (CCP).

The tribute was in collaboration with the University of the Philippines, of which Angara was once president, and the Philippine Philharmonic Orchestra (PPO) Society Inc.

CCP president Arsenio Lizaso called Angara, who passed away last May 18, a “champion of the arts and culture.”

Zenaida Tantoco, president of the PPO Society, said Angara was generous and was particularly attentive to the needs of the PPO and other musicians.

She added that Angara was concerned about musicians’ welfare; he helped in the procurement of instruments and uniforms and in the setting up of a gratuity fund.

Orlina’s “Eternal Flame” was carved from a solid block of amber colored glass with a polished and fosted finish in parts. It was lit from within by a flickering light to give the illusion of a warm and steady flame.

“The work commemorates the life and death of a remarkable man who played a prominent role in the pages of the political history of the Philippines,” said Orlina in his artist’s notes. “He will be remembered for serving his country tirelessly in many capacities, and for the artist in particular, for his unstinting support of the arts and culture in our country.”

The late senator’s son, Sen. Sonny Angara, thanked the organizers for the “beautiful tribute.” He said his father “championed the cause of creative expression and recognized the power of arts and culture in fostering a strong sense of unity among the people.”

Santos conducted the PPO, which played his composition for soloist, choir and orchestra, “Awit ng Pagdiriwang.” Soloists were soprano Stefanie Quintin and tenor Conrado Ong. Choirs included the UP Concert Chorus, UP Cherubim and Seraphi and UP Singing Ambassadors. —CONTRIBUTED