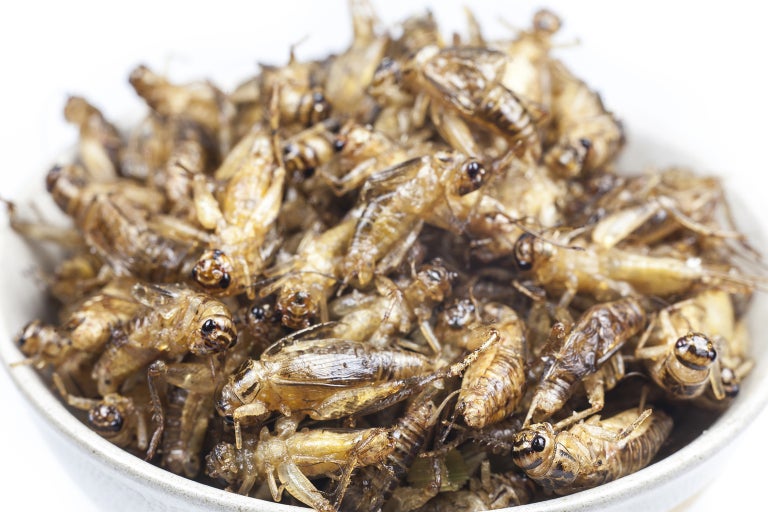 New United Kingdom research has shown that despite some experts touting insects as the future of food, the British public is yet to be convinced, with many still reluctant to try insects as an alternative to meat.

Carried out by researchers at Anglia Ruskin University, the new study is the first to look at the effect of “meat attachment,” which is the extent to which eating meat forms an individual’s identity, on people’s perceptions towards alternative, sustainable proteins such as insects.

The researchers asked 139 participants whether they would personally eat any of three alternative proteins — lab-grown meat, edible insects and plant-based substitutes — as part of an everyday meal and asked participants to also provide reasons to explain their choice.

The findings, published in the British Food Journal, showed that 100 percent of those with a low attachment to meat, mainly vegans, vegetarians and pescetarians, would eat plant-based substitutes, although a large percentage of those who were highly attached to meat (85 percent) were also willing to replace a daily meal with the alternative protein.

Insects were the least favored option due to aversion, with only 26 percent of people surveyed reporting they would consume edible insects. And just 4 percent of the low meat attachment group would consume insects, along with less than half (40 percent) of regular meat eaters.

“Conventional meat production has a significant impact on the natural environment, including the emission of an estimated 18 percent of all man-made greenhouse gases, which contribute to climate change,” says co-author Dr. Rosie Robison. “Recent reports have stressed the importance of finding alternative sources of protein in order to help tackle this.”

“Although lab-grown meat is not currently commercially available, studies indicate that it could require 45 percent less energy and 99 percent less land, and emit 96 percent fewer greenhouse gas emissions, than producing meat from livestock,” Robinson stated. “Similarly, edible insects, of which 96 different species are known to be consumed by humans globally, require less land and emit up to 99 percent less greenhouse gases than livestock such as cows.”

“The ‘yuck factor’ was a key reason for people’s reluctance to try insects,” added co-author Victoria Circus. “People said they didn’t want to eat wriggly maggots, when in reality insects are much more likely to be ground up in a flour and used in a cookie, for example.”

“We hope the findings of our study will help start conversations about how best to promote alternative proteins as sustainable options to conventional meat, and also debunk some of the myths that exist, particularly around insect protein,” concluded Dr. Robison. KM