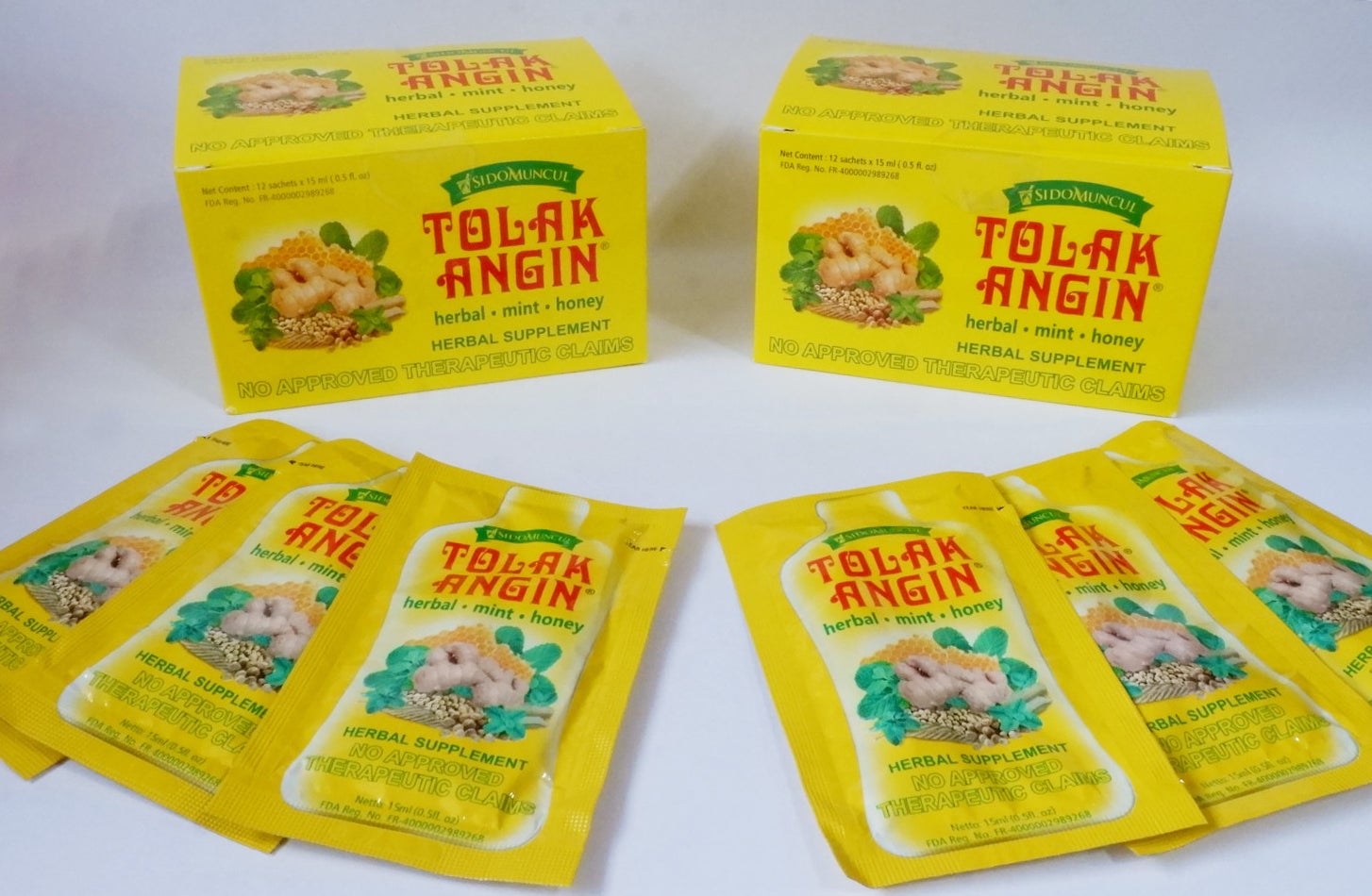 For many years, people have sought relief in alternative medicinal solutions like traditional, herbal, or all-natural remedies. Filipinos are also no strangers to herbal products and remedies—thinking that it is safer, cheaper, healthier, and more practical since some of the herbs known to have medicinal benefits can be homegrown.

In Indonesia, people turn to herbal products and traditional medicines known as “jamu” to ease some of their health problems. Long before modern medication prevailed in the pharmaceutical industry, Indonesians relied on traditional remedies and conventional medicines like many other Asian countries. According to a report by Euromonitor International, “Indonesian consumers perceive herbal ingredients as healthier compared to chemical medications.”

Tolak Angin is Indonesia’s leading herbal supplement that is made from some of the finest herbs that help boost the immune system and alleviate symptoms associated with feeling unwell such as flatulence, nausea, sneezing, headache, fatigue, motion sickness, and could also be beneficial for digestive health.

It is the signature product of PT Industri Jamu dan Farmasi SidoMuncul Tbk (SidoMuncul), a world-leading herbal specialist who engages in the production of herbal and traditional medicines and pharmaceutical business. For 67 years, SidoMuncul has continued to grow with several variants of herbal products including: herbal formula and supplements, herbal beverages and confectioneries, energy drink, and others—making them the biggest herbal company in Indonesia and one of the fastest-growing herbal innovators in the world.

From Indonesia to the Philippines

SidoMuncul started as a home industry in Yogyakarta, Indonesia and was pioneered by Rachmad Sulistio in 1940. Due to the war her family moved to Semarang and then in 1951 they established the company Sido Muncul, which means “a dream come true.”

Today, herbal products are still popular among Indonesians and herbal supplements like Tolak Angin have become a part of their daily lives. Whether suffering from upset stomach, chills, dizziness or nausea —Indonesians always have a ready-to-drink sachet of Tolak Angin with them.

The company used to produce Tolak Angin in powder form; however, to feed the demand for a more consumer-friendly product of herbal medicines. In 1992, Tolak Angin was developed into liquid form through modern technology.

In spite of its traditional roots, SidoMuncul’s herbal products are now produced in a modern and environmental-friendly factory in Semarang, Indonesia. A waste management device is installed in the plant to treat its waste and turn it into water that meets the standard from the Indonesian Ministry of Environment and Forestry. They also process their solid waste into wood pellets that are used to fuel the plant’s production.

Using state-of-the-art equipment, SidoMuncul ensures that their products go through elaborate process of sanitation and quality control before making it to the market. Sido Muncul’s factory is certified with GMP Standard (Good Manufacturing Practices) and is equipped with 3 supporting laboratories for research and development, quality control, and quality assurance to produce a standardized good quality product.

With the popularity of Tolak Angin and the continuous demand for herbal products in the market, SidoMuncul is expanding its reach across several countries around the world including: USA, Australia,  Korea, Hong Kong, Singapore and the Philippines.

“You can find Tolak Angin almost anywhere in the world… in stores that sell Asian products especially Indonesian products. This year we’ll introduce the product into the Philippine market and we hope that the Filipino people can experience the benefits of this product,” says Irwan Hidayat, President and Director of Sido Muncul.

Hidayat adds that he’s hoping Filipinos will accept and trust the product as much as Indonesians have for many decades. “We hope that people there can feel the efficacy of Tolak Angin when they experience problems of colds such as upset stomach, nausea, feverish, motion sickness and others. I hope they’ll believe in our product.”

Indonesia is known to have some of the world’s richest natural resources and is home to highly diversified herbal products and traditional medicines. Tolak Angin was the first product of SidoMuncul that paved way for the company to venture into traditional herbal remedies that aims to better people’s quality of life.

Tolak Angin, which translates to “expel the wind” was made as a remedy for when people experience masuk angin (entry of the wind or “lamig”) and other ailments caused by a weakened immune system. The FDA-approved formula is made from the following high quality herbs that work together to help boost the body’s immune system:

To prove the efficacy and safety of SidoMuncul, the company collaborated with researchers from the College of Pharmacy of Sanata Dharma University in Yogyakarta to do a subchronic toxicity test, and the medical faculty of Diponegoro University in Semarang to conduct an in vivo research.

The subchronic test proved that Tolak Angin is safe to be consumed for long periods, based on the recommended dosage, while the results from the in vivo research indicated an increase in immune system activity after taking Tolak Angin.

With the unpredictable weather, exposure to pollution from daily traffic, and stress from work, it’s easy for anyone to catch diseases and pass it on to others. Filipinos who are living in Indonesia also take Tolak Angin and treat it as their “first aid” whenever they feel under the weather.

For them, Tolak Angin gives an immediate soothing effect as it instantly warms the body — making them feel better. Others also rely on Tolak Angin whenever they have upset stomach and digestive problems or when they feel fatigued. Tolak Angin can be consumed directly from the sachet, or mixed with hot water, tea, or coffee.

WATCH: From the herbal specialist’s careful production to its release to the public, Indonesian company SidoMuncul hopes that their products will be able to address the health concerns of Filipinos nationwide.#BrandRoom

Tolak Angin will be sold in sachets and will be available nationwide in 7-11 Outlets by end of November 2018. For more updates, follow their social media accounts below.

Mahalagang paalala: Ang Tolak Angin ay hindi gamot at hindi dapat gamiting panggamot sa anumang uri ng sakit. (Important reminder: Tolak Angin is not a medicinal drug and should not be used to treat the symptoms of any disease.)