Students in China lash back at university for food delivery ban 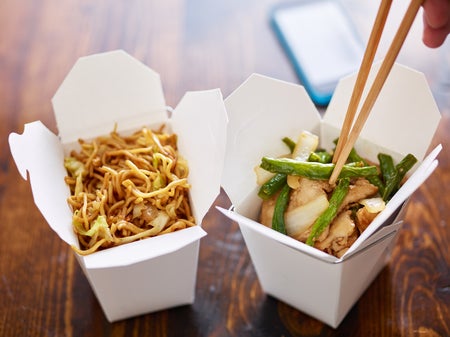 Students in China lash back at university for food delivery ban

Students in one university in China are in uproar following a recent announcement banning food delivery on campus.

Security guards were ordered to bar food delivery vehicles from entering university premises as part of an attempt to change unhealthy diets among the students, and to control traffic and garbage pile-up in campus.

The food delivery ban, however, was not welcomed warmly by the students, who took the protest online. The unexpected backlash compelled various food delivery store owners to take to Minjiang University in Fuzhou, Fujian themselves, as per Thepaper.cn via South China Morning Post on Nov. 13, where they gave away free meals to students in front of the canteen on Nov. 12.

The store owners, however, were whisked away by local authorities, as per the report, for “disrupting order.”

The ban was made known on Nov. 12, with the university citing the frequency of accidents on campus caused by food delivery workers who use their electric bikes and motorcycles. The amount of garbage piling up on campus was palpable, too, thanks to the popularity of food delivery.

“In lunch or dinner peak hours, disposable meal boxes have piled up on dormitory and classroom floors and even on dustbin lids… making these places dirty,” Minjiang University said in a statement, per report.

The university added that a number of students have been relying on food delivery services whenever they eat and appear not to be “getting enough exercise outdoors and the state of their health is quite worrying.”

Students, however, flooded the university’s official account on Chinese micro-blogging site Weibo, where they unleashed their sentiments regarding the ban.

“I am a student of Minjiang University. I can tell you that not a single dormitory is near any school gate,” one student was quoted as saying. “We either have to join the long queues at the canteen, or spend a lot of time running to the school gate to pick up our food. It’s so inconvenient.”

Students also cited convenience, affordability and more delicious food from food deliveries as reasons why they prefer such over university canteens. Cody Cepeda/JB

In China, first year of college a hotbed of problems, from food to friends