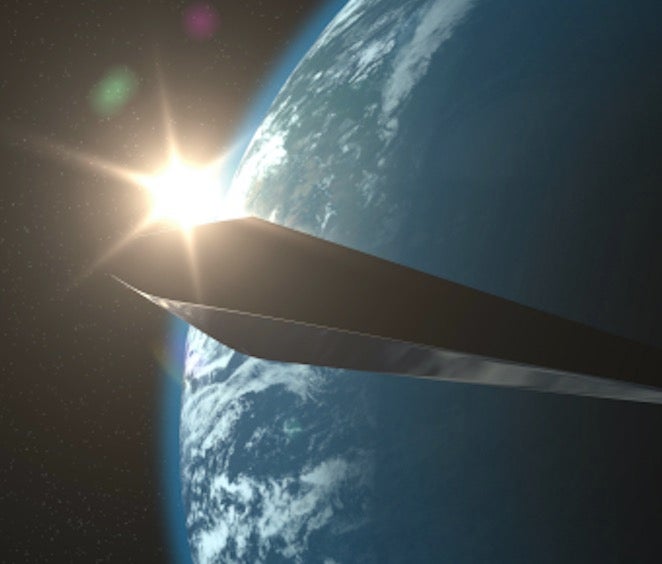 The Nevada Museum of Art and artist Trevor Paglen are collaborating on the sculpture “Orbital Reflector,” which will be launched into space this week on board a SpaceX Falcon 9 rocket.

As a dedicated website explains, “Orbital Reflector” began when Paglen approached the Center for Art + Environment at the Nevada Museum of Art with an idea for sending art to outer space. Three years in the making, Paglen’s sculpture, which is co-produced and presented by the museum, will be visible from Earth with the naked eye after its anticipated launch date of November 19.

Paglen, the museum and aerospace firm Global Western worked together to design and manufacture the sculpture, which is constructed in a lightweight material similar to Mylar and housed in a small, box-like structure called CubeSat. Once in low orbit — about 350 miles (575km) from Earth — the CubeSat will open and release the sculpture, which will self-inflate like a balloon.

As sunlight reflects onto the sculpture, it is made visible from Earth with the naked eye, appearing like a slowly moving artificial star and as bright as a star in the Big Dipper.

Aerospace company Spaceflight Industries is arranging for the sculpture’s launch on board the SpaceX Falcon 9.

The Star Walk app (available for iOS and Android) will allow viewers to track the satellite once it launches. On the launch day, the Nevada Museum of Art will also share news on Facebook Live and via Twitter and Instagram.

SpaceX will be starting a webcast of the launch about 20 minutes ahead of liftoff through this link. AB