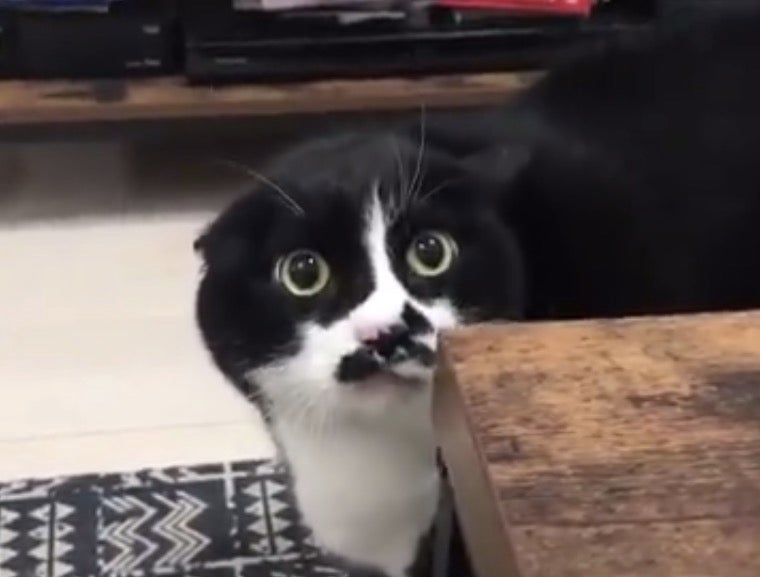 Cats tend to make some weird sounds at night, especially when fighting or when there’s a female in heat. But one cat from Japan decided to showcase its weird vocal range from out of nowhere.

While western culture tends to label cat sounds as “meow,” the Japanese label them as “nyao” or “nyaa.” A cat named Chobimaru had other things in mind when it went up to its owner and started going “loliloliloliloliiiiloli,” as reported by SoraNews24.

Twitter user LLR (@llritotomohiro) shared the odd behavior through a video tweet on Nov. 12. It turned out it wasn’t the first time Chobimaru went “loliloli” instead of “nyaa.” He wrote, “Chobimaru is talking again…. Scary.”

Rather than sounding cat-like, Chobimaru could be mistaken as some drunk person attempting to do a chant to summon some dark power into being. Chobimaru’s loud sniffing in between his “lolilolis” could even be heard, which could add to the confusion of “what” exactly was making the weird sound.

The clip has been viewed over 3.4 million times and other Japanese Twitter users were equally weirded out. One commenter wrote, “Sounds to me like he’s trying to cast a magic spell.”

Fellow cat owners who had similar experiences noted that whenever their cats sounded weird, it was usually a warning of incoming trouble. LLR thanked the commenters for their concern and reported that Chobimaru returned to normal after the cat had its fill of chanting “loliloli.”

Whatever it was that prompted Chobimaru’s chanting, it would be safe to say that most cat owners can just chalk it up to the wonderfully weird and mysterious ways of their feline overlords (pets). Alfred Bayle /ra