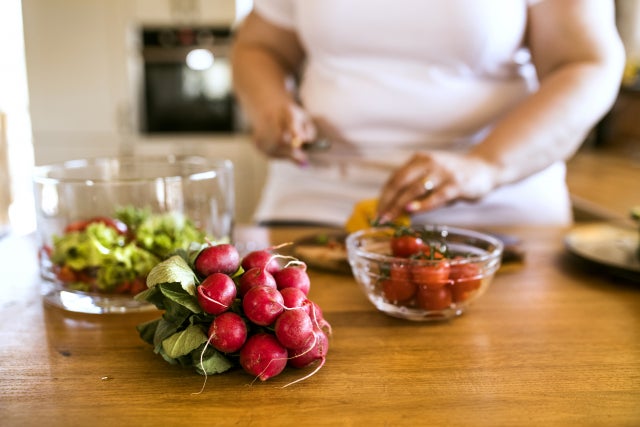 Image: INQUIRER.NEET A team of researchers compared the effects of diets varying in carbohydrate to fat ratio over a 20-week period. Image: AFP

A diet low in carbohydrates could help obese people maintain their weight loss by increasing the number of calories their bodies are able to burn, experts said Wednesday.

Presenting their findings at the international Obesity Week conference in Nashville, Tennessee, doctors said a low-carb diet could allow formerly overweight patients to live a healthier life by keeping the pounds off long term.

The conventional treatment for obesity, which costs health services hundreds of billions of euros each year, treats all calories alike — simply eat less and your weight will come down.

But several studies have shown that this calorie-deficit effect tails off longer term as an individual’s metabolism slows to conserve energy, making weight loss harder.

A team of researchers at Boston Children’s Hospital tried a new approach, comparing the effects of diets varying in carbohydrate to fat ratio over a 20-week period.

They trialed 234 overweight adults who had a body mass index (BMI) of 25 or higher and put them on an initial weight loss diet for 10 weeks.

Those who achieved the target weight loss were then randomly assigned diets varying from 60 percent (high) to 20 percent (low) carbohydrate.

Participants on the low-carb diet burned as many as 278 calories a day more than those on the high-carb regimen.

Writing in the BMJ medical journal, the authors said this effect, if sustained, “would translate into an estimated 10 kilogram (22 pound) weight loss after three years”.

They said the difference in calories burned could be especially useful among people with high insulin production — those suffering from diabetes or pre-diabetes — as it might help delay or offset hormonal changes that increase hunger.

“These findings show that all calories are not alike to the body and that restricting carbohydrates may be a better strategy than restricting calories over the long term,” David Ludwig, an endocrinologist at Boston Children’s Hospital and study co-author, told AFP.

“Diet composition independent of calories has profound effects on hormones, metabolism and even the workings of our genes. These effects can make weight loss easier or harder, and at any weight lower or raise risk of chronic disease.”

The World Health Organization says global obesity has tripled since 1975 and for the first time in human history there are more deaths linked to being overweight than malnutrition.

Katarina Kos, senior lecturer in diabetes and obesity and the University of Exeter, said Wednesday’s study raised questions over how the body metabolized carbohydrates and whether it did so differently to other food groups.

“Noteworthy is that the basic metabolic rate was no different between participants of the three diets and it remains unclear how to explain the difference of total energy expenditure,” said Kos, who was not involved in the study.

“I am confident however, to continue to recommend a low (carbohydrate) diet to people with pre-diabetes.”

Obesity Week 2018 brings together more than 5,000 experts from around the world and wraps up on Thursday. AB

One more reason not to pick your nose – pneumonia